China set to roll out its COVID-19 vaccination 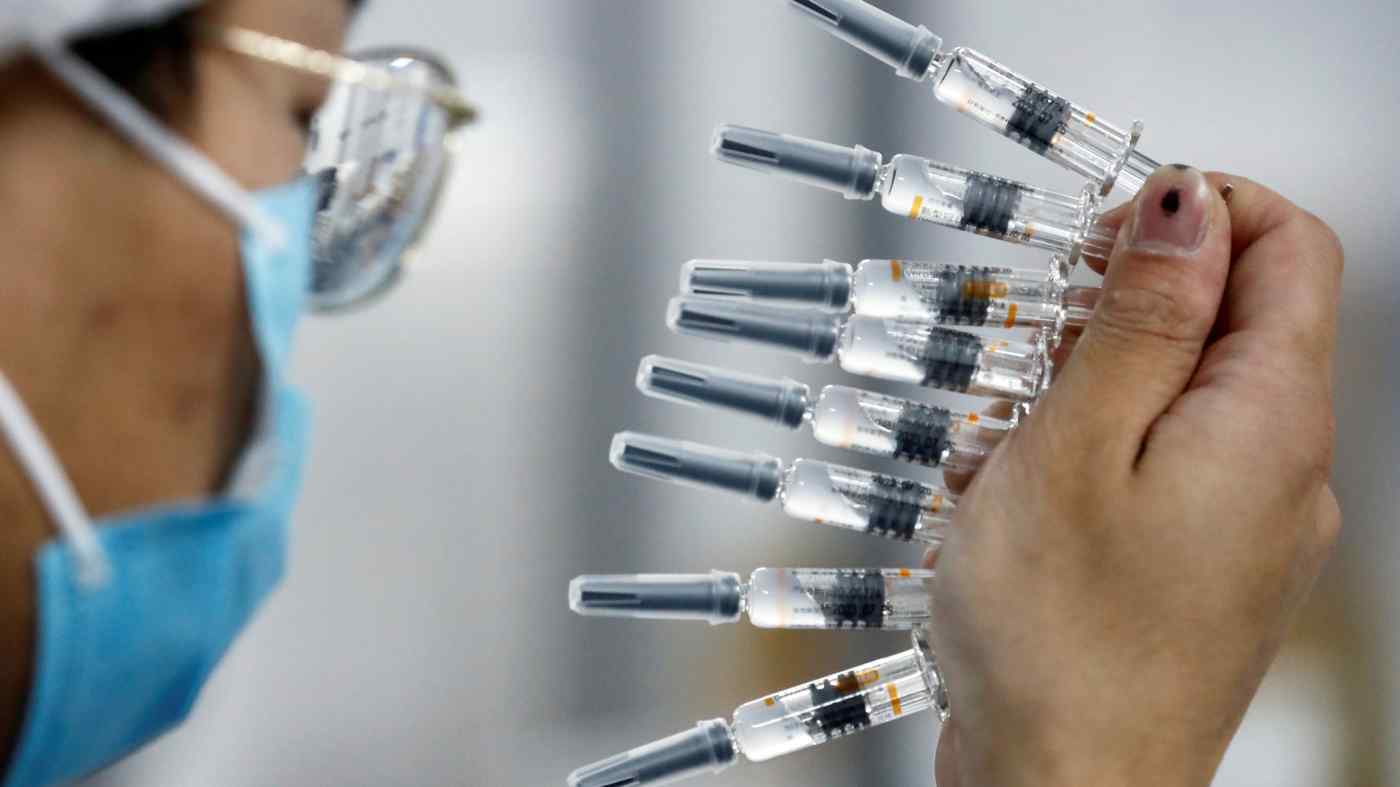 SHANGHAI -- China is making the final preparations before rolling out a COVID-19 vaccine for emergency use and mass production, even as clinical trials for various vaccines continue locally and abroad.

Unlike some countries, which have already authorized vaccines, Beijing is treading cautiously, balancing the needs of serving a huge domestic population and meeting international demand, with several vaccine candidates being trialed.

Vice premier Sun Chunlan said on Wednesday that the groundwork for production and emergency use of a vaccine was "progressing smoothly," and she called for people in high-risk workplaces -- such as ports -- to be inoculated this month.

China has had sporadic local infections in recent months which authorities have blamed on imported frozen food packaging.

Sun made her remarks when visiting China's National Institute for Food and Drug Control, an agency that comes under the National Medical Product Administration, the country's drugs regulator.

The visit was seen as a prelude to the commercialization of a COVID-19 vaccine in China, according to the Global Times, a mouthpiece of the Chinese Communist Party. Sun also visited two vaccine producers, Sinovac Biotech and the National Vaccine & Serum Institute, part of state-owned pharma group Sinopharm.

China is set to approve 600 million doses of an inactivated COVID-19 vaccine by the end of this month, Wang Junzhi, a member of the national vaccine research and development specialist group, said at a conference in Wuhan on Friday.

Sinovac and Sinopharm are two Chinese pharmaceutical companies that use inactivated virus as the immunology agent in their vaccine candidates. They join three other Chinese peers in preparing a total of 14 candidates that are undergoing final stage clinical trials internationally.

Under normal conventions, vaccine development is a long and complex process, taking at least 10 years before commercialization.

China's approach is "relatively cautious" due to its huge population, with an attempt to balance all stakeholders in the process, according to an immunologist in Shanghai who did not want to be identified.

Apart from a commitment to market the vaccines when they become available, Chinese companies are conducting clinical trials in more than a dozen countries, as well as at home.

Shanghai Fosun Pharmaceutical is among the latest to trial the mRNA COVID-19 vaccine developed by Germany's BioNTech and Pfizer of the U.S., in a phase 2 clinical trial involving 960 participants in Jiangsu Province, according to an announcement on Nov. 25. Fosun agreed earlier this year to pay up to $135 million towards the vaccine's development and for the right to commercialize it locally. The vaccine has already received approval in the U.K. for emergency use.

Within China, local governments in Jiangsu, Zhejiang and Sichuan provinces have all started vaccine procurement bids from local producers, according to reports.