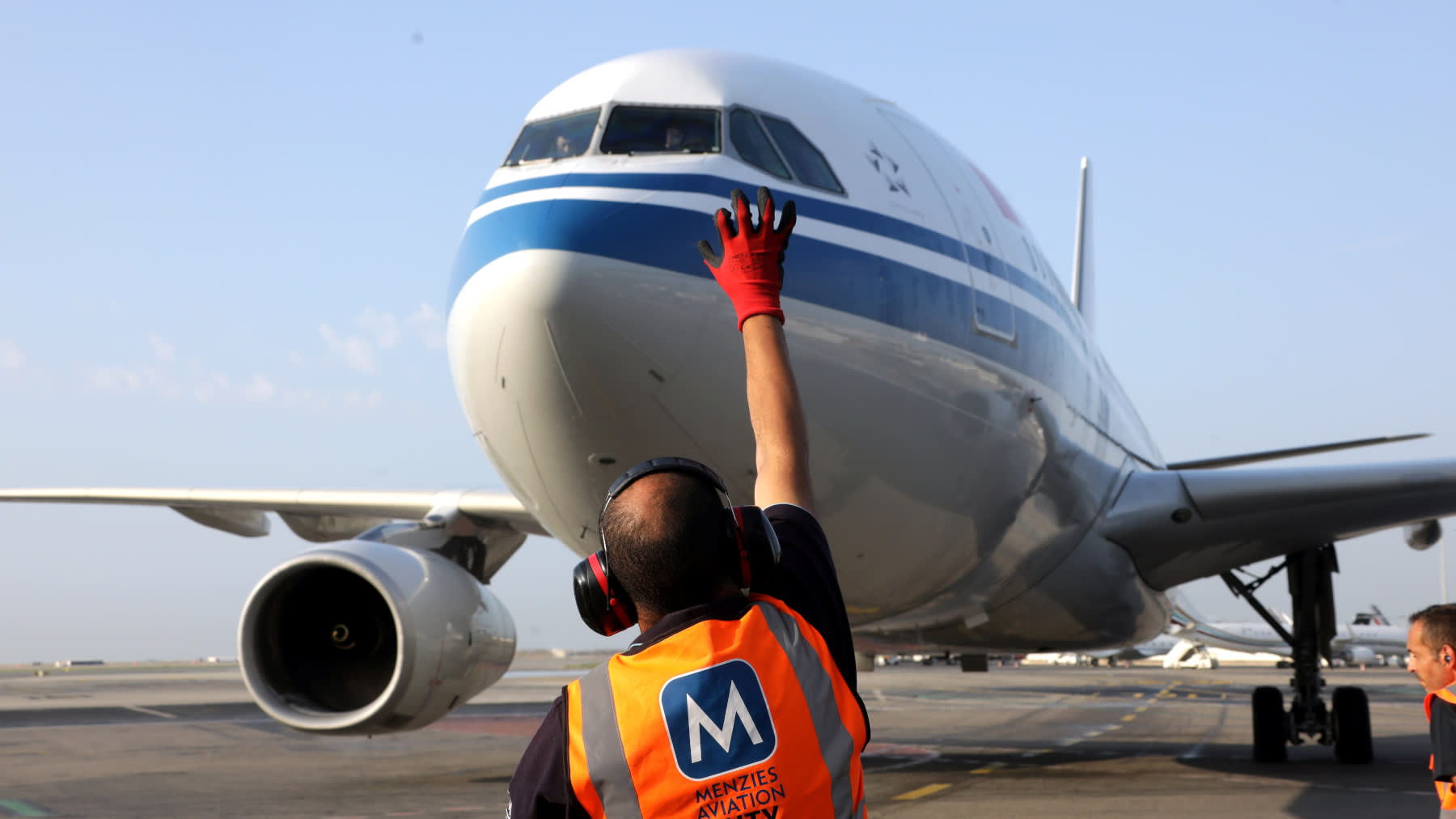 TOKYO -- Headwinds from the coronavirus outbreak have temporarily grounded the steady rise in passenger volumes by China's three major airlines.

The state-owned carriers initially had been able to absorb months of double-digit passenger losses on their Hong Kong routes. But forced quarantines and travel bans have virtually devastated the once-thriving domestic air business, leaving the three with little choice but to brace for a bumpy ride in the months ahead.

Shanghai-based China Eastern Airlines saw total passengers fall 5.41% to 10.12 million in January. This marked the first year-on-year decline in monthly passengers since this data was first disclosed in January 2016.

Similarly, national flag carrier Air China experienced a 4.1% decline to 9.19 million in January for the first drop in four years. China Southern Airlines -- the largest among the three in terms of passengers -- also witnessed a 4.61% drop to 11.43 million last month, its first decrease since March 2016.

Fewer domestic passengers are to blame for the slumping figures. Last year, these flyers comprised 84.9% of China Southern's total passengers, 83.7% of China Eastern's and 80.4% of the more internationally inclined Air China. "We expect Chinese and other [Asia Pacific] airlines to be the most affected," said a report by Fitch Ratings in reference to the fallout from the outbreak. However, the agency noted that mainland peers face the highest risk, as "the three-largest Chinese state-owned airlines are largely dedicated to domestic traffic, which is heavily affected."

Indeed, government policy calls for vastly curtailed air travel to help stem the contagion while the Civil Aviation Authority of China has already issued four advisories on flight cancellations. Zhu Tao, a director at the agency, told reporters on Feb. 12 that over 19 million tickets worth about 20 billion yuan ($2.86 billion) had been fully refunded as of Feb. 10.

Before the outbreak, the three airlines had already seen a steep falloff in their Hong Kong routes. Since last August, when anti-Beijing demonstrations began to heat up, the territory's airline industry has been under considerable strain, culminating in the occupation of Hong Kong's only passenger airport by enraged protesters.

Both China Southern and China Eastern have seen passenger volumes on Hong Kong routes plummet by more than 20% since September. But they were able to maintain overall passenger growth owing to increased demand on other routes. That is, until the virus struck in December.

Chinese airlines have a somewhat unique disclosure format, likely the result of mainland China's version of political correctness. In their monthly filings, destinations are largely categorized into domestic, international and regional, which allows observers to grasp approximate passenger volumes on Hong Kong routes.

"Regional" lumps Hong Kong, Macao and Taiwan together, of which Hong Kong comprises a substantial portion. The three destinations are separate from "international" as they are deemed part of China, at least according to Beijing. They are also not deemed "domestic" destinations. 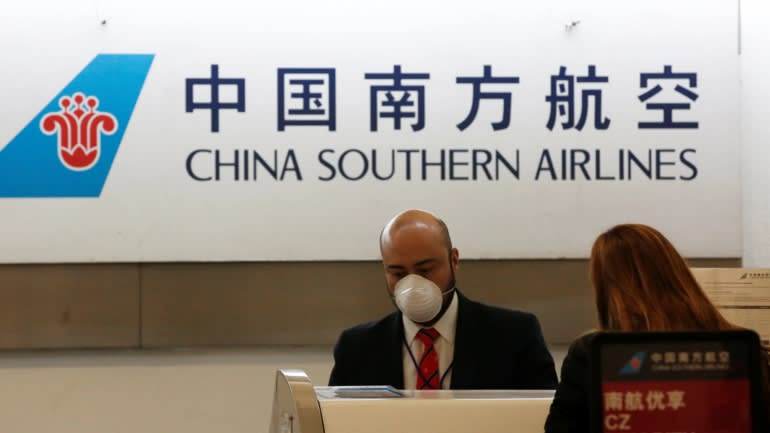 Data from Hong Kong-based Cathay Pacific Airways also helps clarify passenger volumes. Although the airline does not disclose passenger volume by region, it does by revenue passenger kilometers -- a key aviation metric showing the number of paying passengers multiplied by total distances traveled.

According to the latest monthly data released by Cathay on Monday, mainland China traffic dipped 18.9% in January, marking the ninth straight month of decline. Total passengers dropped another 3.8% to 3.01 million last month, extending the fall to six straight months.

The collateral damage is also being felt by airports.

Moody's Investors Services wrote in a Feb. 13 report that the coronavirus is "curtailing aviation traffic and thus impacting airport revenues [affected by] route suspensions to and from mainland China and Hong Kong." Airports in the region are more vulnerable "because of their greater concentration of Chinese travelers and their proximity to the main regions affected by the virus."

The outlook looks gloomy. According to initial forecasts by the International Civil Aviation Organization, about 70 airlines have canceled all international flights to and from mainland China, with 50 more slated to follow suit. 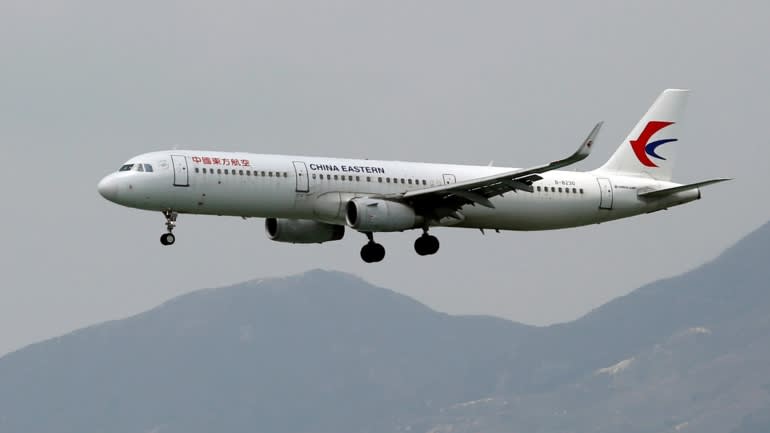 China Eastern Airlines saw total passenger volume fall 5.41% to 10.12 million in January. This was the first year-on-year decline since the disclosure of data began in 2016.   © Reuters

In terms of capacity on direct China routes, this represents a decrease of 80% by foreign carriers and 40% by Chinese carriers. Both China Southern and China Eastern admitted in their disclosures on Friday that they have suspended some routes and adjusted flight frequency due to the outbreak.

According to the United Nations organization's estimates, before the outbreak, airlines forecast a 9% increase in overall passenger capacity on China routes in the first quarter. But capacity actually decreased by about 40%, representing a potential drop in gross operating revenue by $4 billion to $5 billion for airlines worldwide, excluding airlines based in Hong Kong, Macao and Taiwan.

Cathay Pacific, along with subsidiary Hong Kong Dragon Airlines, announced on Feb. 4 that it was progressively slashing 90% of flights into mainland China, leading to a 30% passenger capacity cut in its whole network. The airline decided on Monday to further trim capacity, raising the figure to 40% until the end of March.