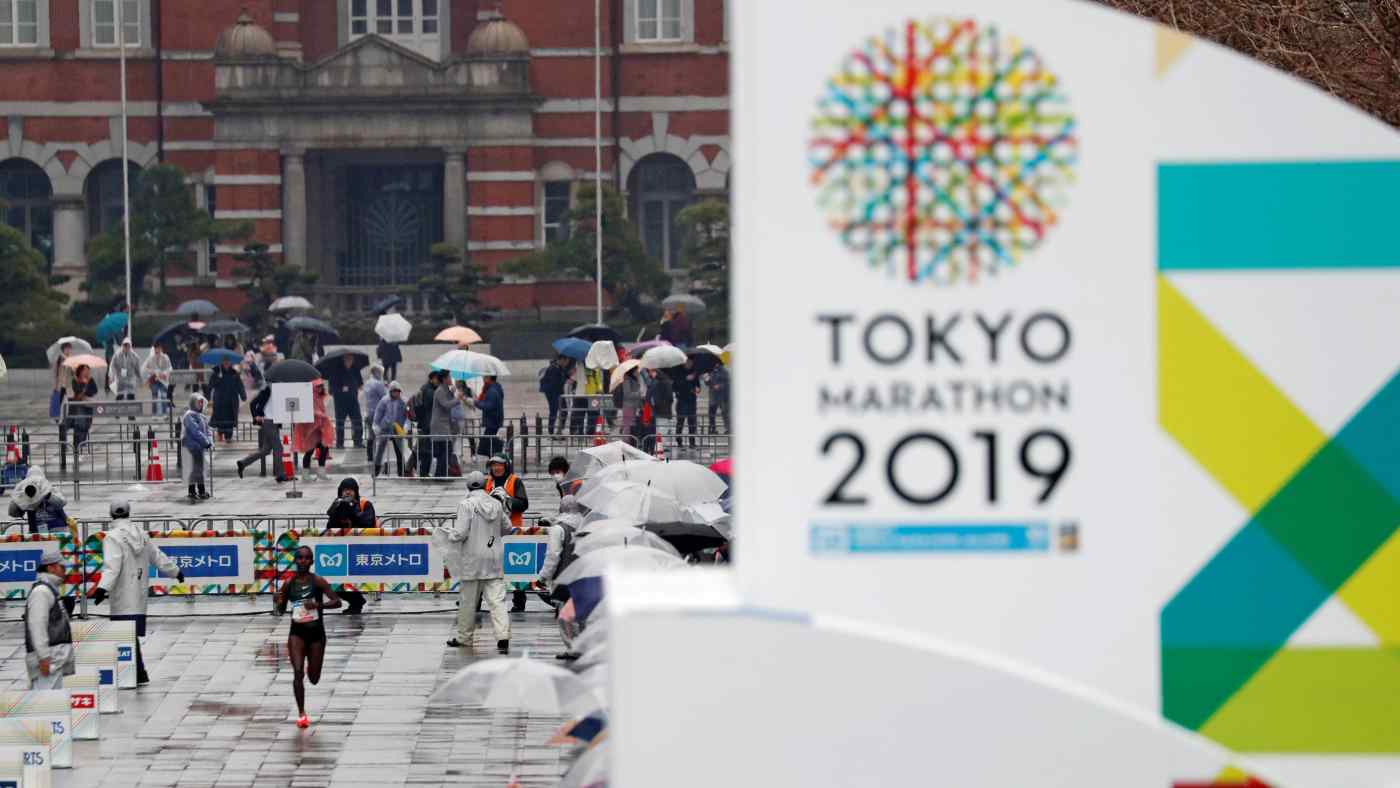 TOKYO (Kyodo) -- Tokyo Marathon organizers will move to limit the race's impact on the coronavirus crisis by allowing only elite athletes, including wheelchair racers, to take part in the upcoming pre-Olympic event, sources said Monday.

Of the 38,000 participants who were scheduled to run on March 1, the sources said those in the "general participants" category will not be permitted to take part because of the virus outbreak in China which has already affected a number of other sports events.

The Tokyo Marathon doubles as a qualifier for the 2020 Games, and runners will be chasing the final spot on the men's Olympic marathon team. Japan men's marathon record holder Suguru Osako and past national record holder Yuta Shitara are among invitees to the race's elite category.

With the 2020 Summer Games less than six months away, Tokyo Olympic officials have voiced concerns about how the fast-spreading virus could disrupt the games, which are scheduled from July 24 through Aug. 9.

The chaos caused by the coronavirus outbreak has already resulted in a host of sporting events being canceled or rescheduled in China and Japan, but Tokyo Olympics chief executive Yoshiro Mori said last Thursday canceling the Summer Games "has not been considered."

The coronavirus emerged in the Chinese city of Wuhan in December. The virus has killed more than 1,700 people in China and infected more than 70,000 people as of Monday.

Last month, Tokyo Marathon organizers set up a panel of medical professionals and specialists to assess the race's response to the coronavirus crisis and there were preventive safety measures, including the distribution of antibacterial wet wipes and surgical masks, announced.

Tokyo Marathon organizers had previously asked runners residing in China to forego this year's race, saying they will be guaranteed entry next year and their registration fees for the 2021 event will be waived.

The largest marathon in Asia is scheduled to start with the wheelchair marathon and wheelchair 10 km race at 9:05 a.m. The 42.195-km races start at the Tokyo metropolitan government building in Shinjuku and finish at Tokyo station.