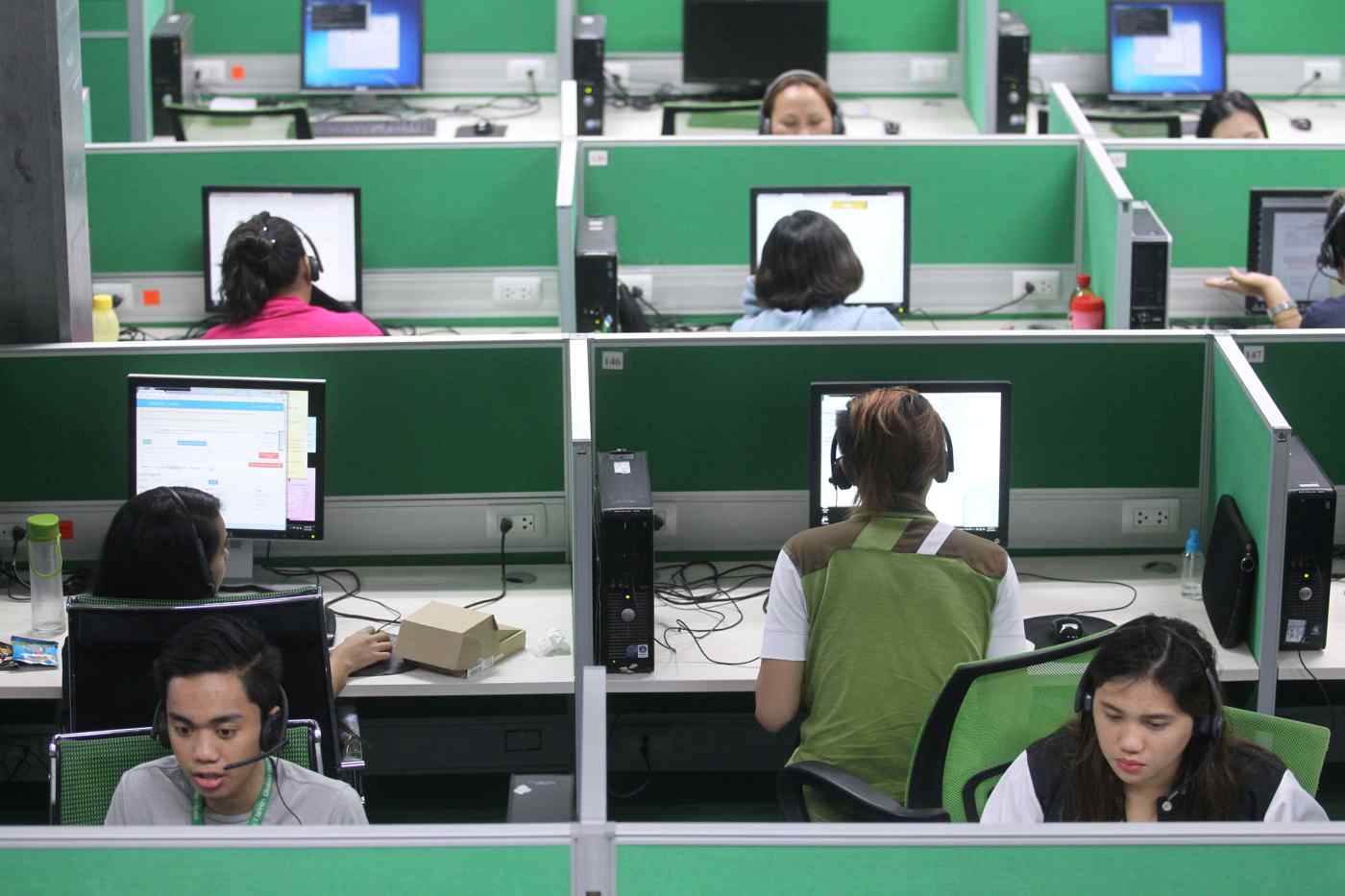 Generating around $25 billion a year in revenues, nearly a tenth of the economy, and employing around 1.3 million people, the business process outsourcing sector could be decimated by the pandemic crisis and a subsequent wave of automation.

"In the long term, the COVID-19 situation will only accelerate the switch to automated services," Shivaji Das, managing director at consultancy Frost & Sullivan, told the Nikkei Asian Review. "That would have a significant impact on the industry at the lower end of the spectrum," such as basic services like customer inquiries.

While the current crisis could create some short-term opportunities, with the surge in flight cancellations worldwide and financial services-related inquiries boosting demand for call-center workers, Das said the industry would not be exempted from the long-term impact of the pandemic.

He said one threat to jobs would likely come from so-called chatbots replacing basic call center services, which currently make up 50-60% of customer contact operations in the Philippines.

Around 50% of operations in major Philippine outsourcing hubs have been disrupted by the pandemic, Das said, which could hurt also BPO office landlords such as SM Prime Holdings, Ayala Land, and Megaworld.

Already, Colliers Philippines, a real estate consultancy, has seen BPO companies holding back on signing leasing contracts by up to six months.

"Most leasing decisions are on hold, or are likely to be re-evaluated after the pandemic," Colliers research head Joey Roi Bondoc told Nikkei.

But while flexible workspaces will likely grain traction after the pandemic, Bondoc said some outsourcing companies still prefer traditional office spaces which offer "redundant internet connection as well as proprietary rights on software and platforms that they use."

One of the few industries that were allowed to operate during the lockdown, alongside food and medicine-related businesses and financial services, manpower-heavy outsourcing companies have struggled to adjust with new staffing requirements.

Allegations that a call center is putting undue pressure on staff in order to comply with people movement restrictions could also increase pressure on multinationals to hasten automation efforts.

Last week, Amazon's security camera unit Ring said it was probing a Philippines contractor over allegations that it was forcing its workers to endure "subhuman" working conditions.

"We are urgently investigating these allegations and addressing them with Teleperformance at the most senior level," Ring said in a statement sent through Amazon.

French outsourcing giant Teleperformance is yet to respond allegations first reported by the Financial Times that include letting staff sleep on the floor.

Rey Untal, the president of IT and Business Process Association of the Philippines, which includes call centers, said its members had been told to set up work-from-home arrangements and secure temporary lodging for workers.

"IBPAP is closely monitoring the welfare of the IT-BPM workforce through these challenging times and we are working directly with the appropriate country leadership of our member companies in ensuring everyone's safety," Untal said in a statement.

According to U.S.-based call center Concentrix, one of the largest in Manila, implementing work-from-home arrangements was a "complex process" that the company was still working through.

Hanica Jane Pacis, the company's director of marketing and communication in the Philippines, told Nikkei in March that the company had to consider not only issues such as whether people had the capability to work from home, with high-speed internet connections a major issue, but also the "immense level of data security required overall."

The outsourcing industry will also have to anticipate cost increases.

"If the situation lasts longer than six months, many client contracts may have to be redesigned to allow for remote access to sensitive information," said Frost & Sullivan's Das. "That would require additional compliance and hardware [and] software costs."