HONG KONG -- Hong Kong, the world's largest IPO market for four of the past five years, including 2019 and 2018, is bracing for a hit from the spreading coronavirus epidemic with mainland China-based aspirants deferring investor roadshows or delaying listing plans as travel bans in the region begin to bite.

Property manager Central China New Life is not bound to its initial timeline of a first-quarter $100 million listing in Hong Kong, and Shenzhen-based payment technology services company Yeahka is facing a similar predicament for its roughly $250 million initial public offering, according to people familiar with the two deals. InnoCare Pharma, which develops cancer and autoimmune treatments, has already delayed roadshows for its $200 million IPO, people familiar with the situation said.

While Tencent Holdings-backed Yeahka's preliminary investor meetings were positive, the company is considering whether to seek a listing hearing with the Hong Kong Stock Exchange this month as originally intended or to delay it. The coronavirus outbreak is also among factors behind the deliberation, two people said.

The internal discussions by the three companies are symptomatic of the wider nervousness among businesses looking to list in Hong Kong as countries around Asia and other parts of the world impose travel bans in an attempt to contain the spread of the virus. The uncertainty is also slowing down the plans of companies looking at IPOs as an option for capital raising.

"Current uncertainty is just not conducive for big volumes," one of the sources told the Nikkei Asian Review. "Clearly, issuers and banks will wait to see some stabilization before racing ahead with IPO plans. It's going to be quiet." 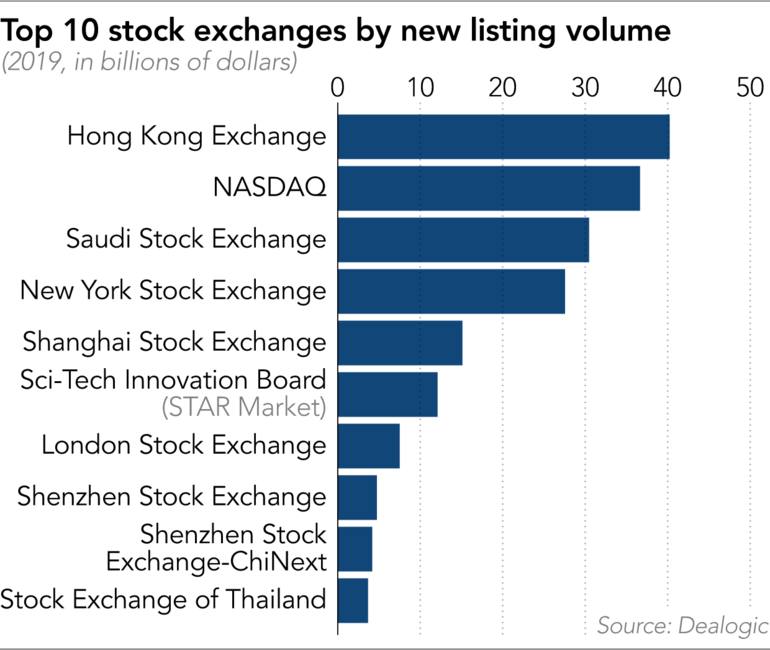 Central China New Life could not be reached for comment. Yeahka and InnoCare did not respond to emails seeking comment. A slump in equity markets as investors weigh the impact of the virus on economies and corporate earnings is hurting sentiment, while travel restrictions to Hong Kong have been the overriding factor for mainland companies, according to people familiar with the situation.

China's benchmark stock indexes in Shanghai and Shenzhen slumped on Monday by the most since the market bubble burst in 2015, and the MSCI Asia Pacific Index, a gauge of regional shares, fell for eight consecutive sessions from Jan. 23 to Feb. 3. The mainland markets have recovered some lost ground this week following Monday's drop.

While companies are leaning on video conferencing as a way to conduct meetings, investors would still prefer a face-to-face setting with companies that are not as well known outside the region, these people said. Companies from the mainland accounted for two-thirds of all new listings in Hong Kong last year.

Twenty-one companies raised a total of $1.09 billion in January in new listings in Hong Kong. However, only three companies are currently selling shares worth a total of $60 million, according to data compiled by Dealogic.

Hong Kong was the world's largest equity-raising hub in 2019, boosted by the $13 billion secondary listing by Alibaba Group Holding. That had spurred a slew of other U.S.-listed mainland companies, including Baidu and NetEase, to consider similar share sales. While these are still expected to proceed this year, the timing would have to be tweaked, these people said.

While Hong Kong's capital markets have managed to thrive amid seven months of sometimes-violent anti-government protests, investors and bankers say the impact from the coronavirus is already perceptible.

Hong Kong, which this week reported its first death from the virus, has at least 18 confirmed cases. China said the death toll in the mainland rose to 490 as of Tuesday, with the number of confirmed cases of people infected with the virus climbing to more than 24,000.

Cases of the virus have been confirmed in more than 25 other countries and territories, including Macao, Japan, Thailand, Taiwan, Cambodia, Australia, the United Arab Emirates, Sweden, Russia and the U.S.