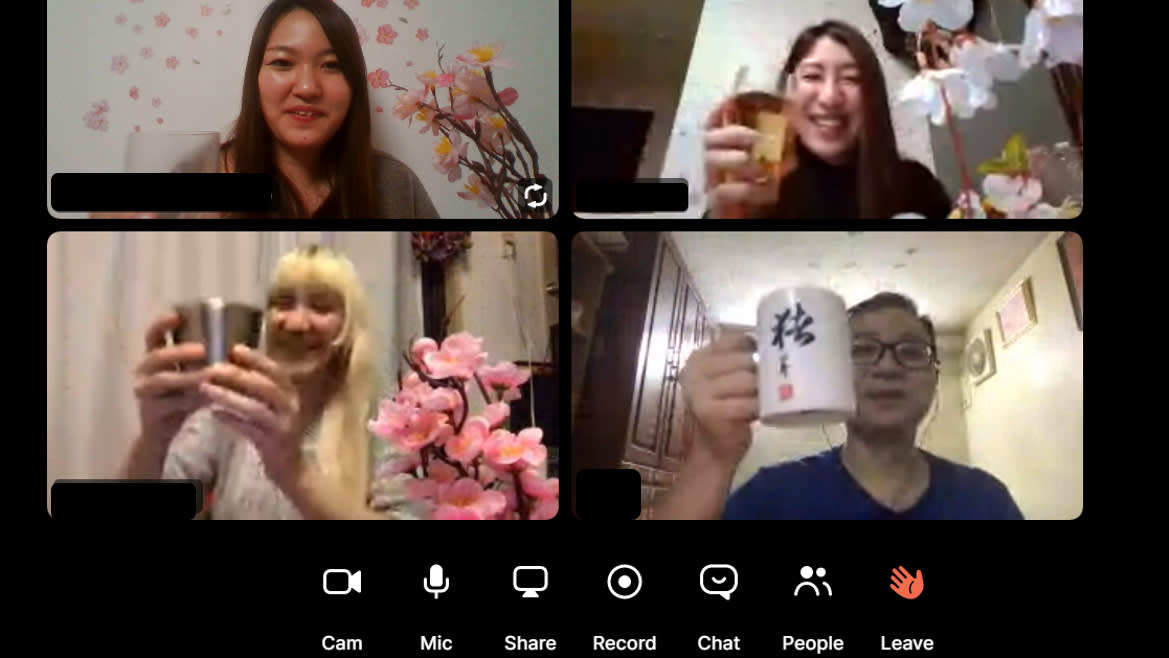 TOKYO -- Few Japanese customs are so beloved of its millions of company employees as the "nomikai" -- the after-work drinking party that is a chance to bond with colleagues, let the hair down and tell a few home truths to the bosses before knuckling down to office life the next day.

Now online "nomikai" are becoming a trend after Japan's government decreed a state of emergency in Tokyo and other big cities. Bar opening hours have been limited and Japanese urged to observe social distancing to contain the coronavirus spread.

In a sign of how seriously Japanese companies take after-hours bonding, companies are paying for their employees to get together virtually.

At Gree, a Japanese company known for its mobile games, employees and temporary staff are allowed to apply for a monthly subsidy of up to 3,000 yen ($27) for drinks and snacks, as long as they say who took part. A screenshot of the online nomikai serves "as a confirmation of team-building," the company said.

Gree already subsidized food and drink to promote interaction among teammates, but expanded the scale as employees began remote working in mid-February. Employees had raised concerns about their reduced opportunity to mingle, the company said.

Tokyo-based Value Creation, an internet advertising agency, has also started a subsidy of up to 8,000 yen per month for teleworking employees to deepen their bond through online drinking and lunch parties.

And MyRefer, an online recruiting company, is even to offer to subsidize online drinking for those who are interested in working at the company, starting from Friday.

April is a big nomikai season in Japan, as many companies start their new fiscal year with a round of staff changes and host events to welcome new employees. But bars and restaurants are suffering from a sharp drop in custom and have lost some appeal as the coronavirus pandemic has spread.

Meanwhile many city parks -- where companies would typically hold so-called hanami parties among blossom-laden cherry trees -- have been closed.

Linkbal, a Tokyo-based event organizing company where staff are now all working from home, last week brought more than 30 staff together online -- including three new employees -- for an "Online Hanami Welcome Party." Each participant prepared a small cherry blossom ornament with drinks and food, and discussed work, life and hobbies. 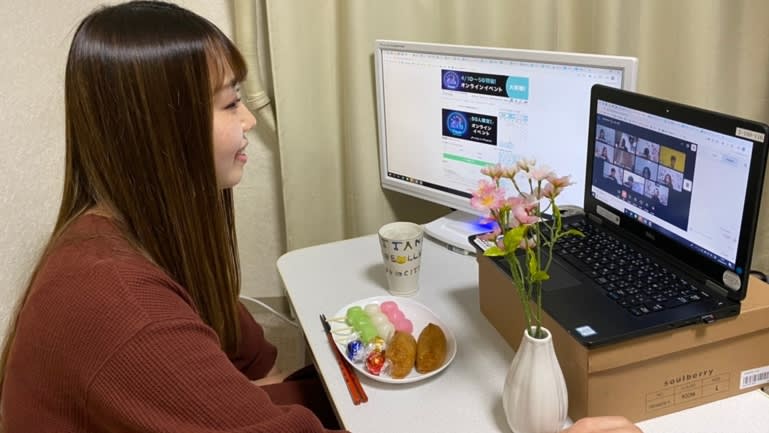 The party was organized in groups of four people to facilitate conversation and members switched groups every 20 minutes.

"We feel the sense of unity with colleagues, without being stressed alone. New members also say they feel comfortable seeing team members," said Chiharu Deki, a Linkbal employee who took part in the event.

"It is difficult to maintain motivation when you are at home doing work by yourself, as we often hear 'remote fatigue' these days. Remote nomikai enable employees to share their time and place [even on the screen)], easing stress," he argues.

"As remote nomikai are effective for both companies and participating employees, many companies are likely to follow suit with subsidies."

The online nomikai are part of a growing trend of virtual get-togethers during the coronavirus pandemic, including online singles parties.

Online tool is becoming a new norm of communication. "I felt 'talking skill' becomes more crucial when communicating online than in-person, especially when we don't know each other," said a 31-year-old entrepreneur. She recently participated in a singles party online with 5 other participants.

Companies sense a business opportunity. 1010, a Japanese online story-posting startup, last month launched Takunomu, an online video talking platform dedicated for drinking events. It will add features in coming days including food delivery and automatic photos of participants and will donate a portion of its revenues to restaurants.