Coronavirus puts sumo tournament at risk as Japan hunkers down

Job fairs and schools rush to cancel over infection fears TOKYO -- Events across Japan are being called off or delayed as a widening coronavirus outbreak sends businesses, local governments and sports leagues into crisis mode.

The list includes job fairs and exams, and even the national sport of sumo is weighing changes ahead of next month's spring tournament in Osaka.

Prime Minister Shinzo Abe issued a call Wednesday for any national-level events within the next two weeks to be canceled, postponed or scaled back, though the request has no legal force.

This goes a step beyond government guidelines issued Tuesday, and follows an expert panel on the coronavirus saying Monday that the next week or two will be "critical" in determining whether the outbreak escalates or fades.

"It's a very significant move considering the societal impact," said Mitsuo Kaku, a professor of infection control and prevention at Tohoku Medical and Pharmaceutical University in Sendai. "It's important not to create environments where people will crowd together."

The precautions come after more than 170 had been infected with the new coronavirus as of Wednesday, with three dead --- not including those sickened on the Diamond Princess cruise ship. But the safety effort creates headwinds to consumer spending as Japan teeters on the brink of recession. 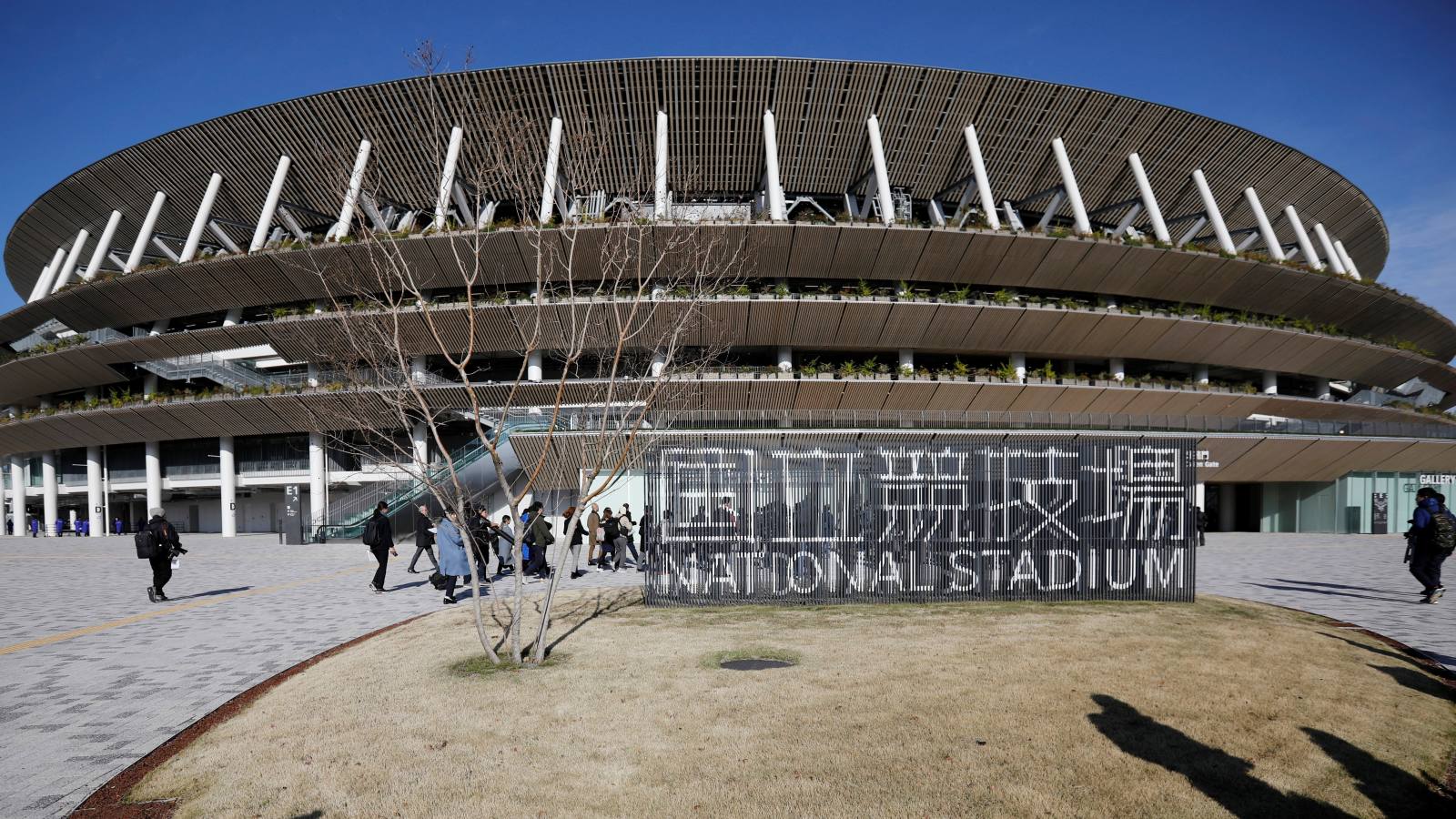 The fate of the March 8-22 sumo tournament, one of only six basho each year, remains in doubt. Options include canceling the event or holding it without spectators. A ring-entry ceremony set for March 7 will be scaled back, with no fans allowed, the sumo association said Wednesday.

The Japan Rugby Football Union's top adult league has delayed its next two rounds of matches, originally scheduled for this weekend and March 7-8.

"It was a painful decision to make after the World Cup brought more attention" to the sport in Japan, league chief Osamu Ota said.

The Japan Professional Football League also has postponed all games scheduled between Wednesday and March 15. Japanese soccer fans wear masks while attending a match in Kobe on Feb. 23. The league has since postponed all games through March 15.   © Kyodo

The northern prefecture of Hokkaido, which has reported nearly 40 coronavirus cases along with one death, has asked local governments to close all public elementary and middle schools. The administrator of the TOEIC English proficiency test has canceled exams scheduled for Sunday and March 8.

Meanwhile, more companies are having workers stay home to avoid potentially spreading the virus at the office. Hiroshi Kajiyama, Japan's industry minister, met with business leaders Wednesday and urged companies to make use of staggered shifts and telecommuting.

Cup Noodles maker Nissin Food Products, a subsidiary of Nissin Foods Holdings, will have about 3,000 Japanese employees telecommute starting Thursday, although factory staff will continue to report to work. Unicharm, Japan's top manufacturer of face masks, is barring about 2,000 employees -- 60% of its domestic workforce -- from going into work. Panasonic is imposing a similar ban for roughly 2,000 staffers in Tokyo until March 15.

Takashi Miwa, chief Japan economist at Nomura Securities, said that precautions against the virus "could affect consumer spending" through cutbacks in areas such as leisure activities. He forecasts an annualized 2.2% decline in real gross domestic product this quarter, which would put Japan in a technical recession after last quarter's 6.3% contraction.