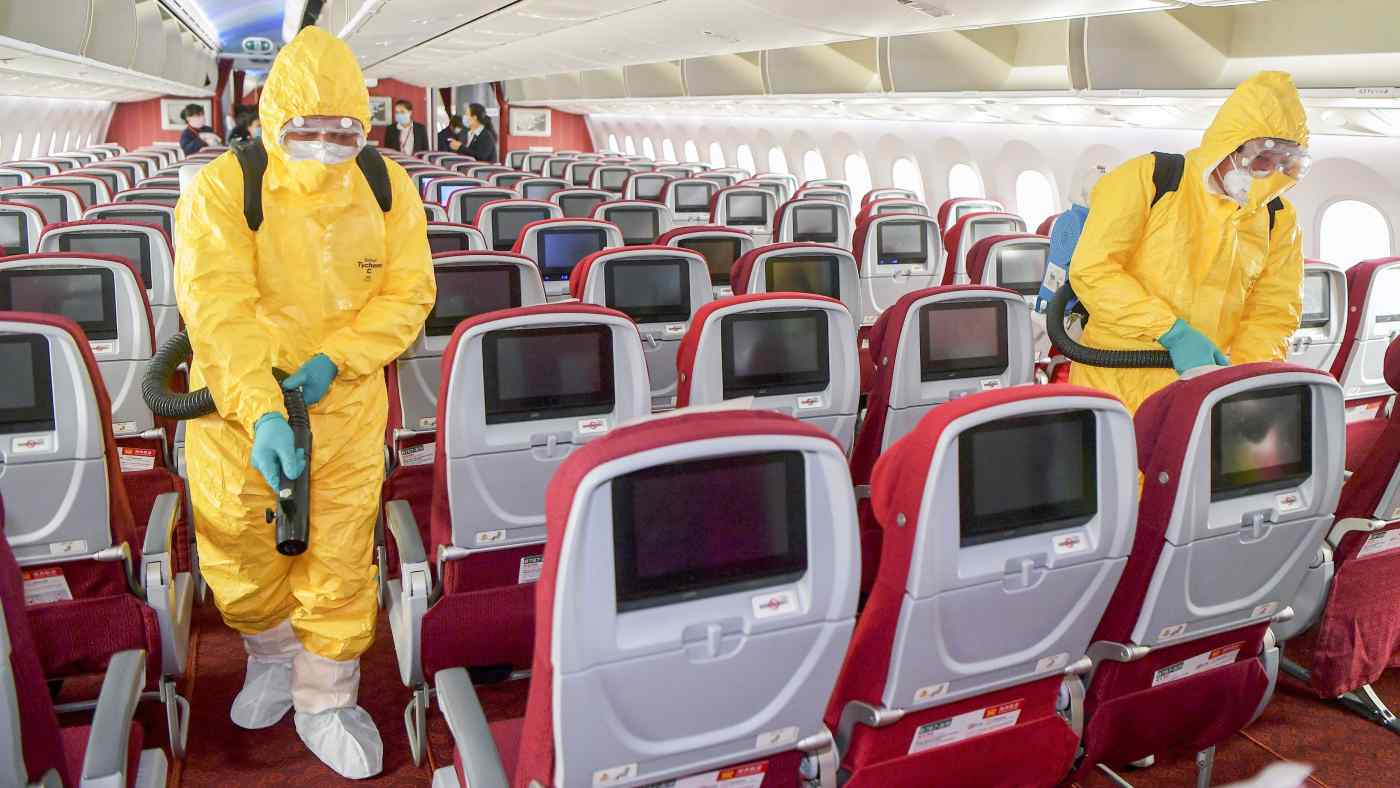 SHANGHAI/TOKYO -- The coronavirus outbreak in China has slashed the country's air connections with the rest of the world by about two-thirds, a Nikkei analysis has found.

The number of international flight routes to China has fallen 67% since the World Health Organization declared a global health emergency on Jan. 30. Links with the U.S. -- which is denying entry to all visitors who have been in China -- dropped 76%. Connections with Japan have been reduced by 55%, while routes linking China with South Korea are down by 52%.

The declines underscore the emerging economic threat from the virus, named COVID-19 by the WHO, as it cuts into tourism and other business activity.

Nikkei compiled the figures by looking at 15,900 flights arriving at 80 mainland China airports with international connections after Jan. 25, using data from aviation consultancy Cirium. From this past Sunday to Tuesday, airlines operated an average of 343 routes a day, down sharply from the 1,037 routes they had from Jan. 26 to 28, before the emergency was declared.

The impact on the aviation industry may be even bigger than it was during the SARS epidemic in 2003. That April, immediately after the outbreak, passenger numbers in the Asia-Pacific region dropped 45% on the year, according to the International Air Transport Association.

This time, through Tuesday, a total of 7,500 flights had been canceled, affecting 1.2 million one-way passengers and 2.4 million round-trip travelers. 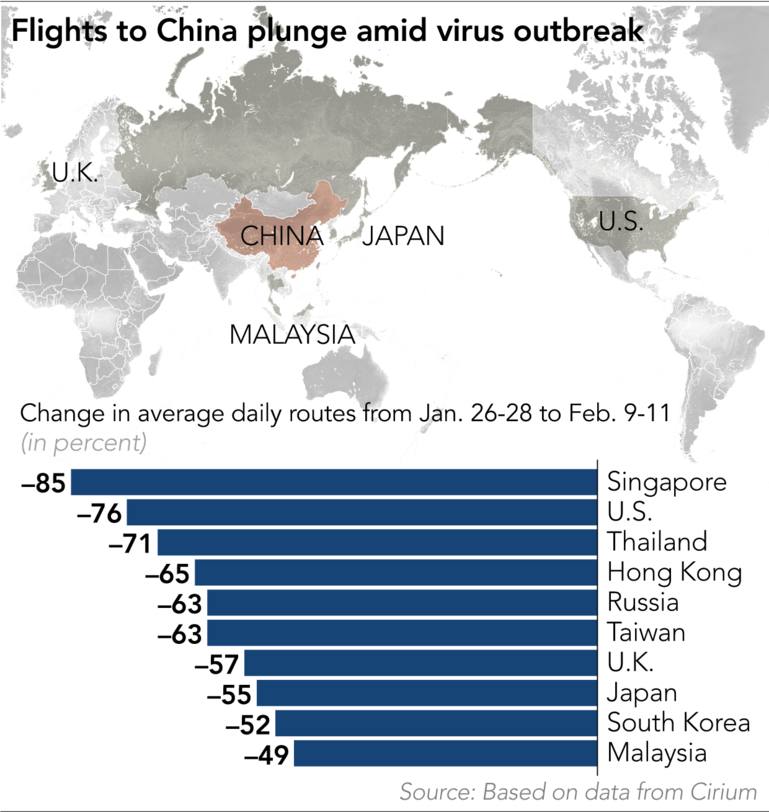 Western countries were the first to react to the virus by restricting entries. The U.S. imposed restrictions on foreign nationals and quarantines on Americans returning from Hubei Province -- the epicenter of the outbreak -- at the end of January.

Major carriers have scrambled to adjust. American Airlines has canceled all direct flights to mainland China and Hong Kong until late April, citing a "reduction in demand." United Airlines suspended flights connecting U.S. hubs with Beijing, Shanghai and Chengdu until March 28. Delta Air Lines has stopped all its flights between the U.S. and China for three months.

British Airways made a similar move this week by canceling direct flights between Shanghai and London until April 1. Previously, the airline had intended to suspend flights until the end of February, but it extended the period after the U.K. government declared the virus a "serious and imminent threat" on Monday.

In Asia, Singapore saw the steepest decline in active routes to China, at 85%. The city-state has taken a strict approach to limit the spread of the coronavirus, drawing on hard lessons from the SARS outbreak.

By contrast, the decline in flights has not been as dramatic in South Korea, Japan and Malaysia. South Korea still has 60 routes to China, about half the 120 it had before the outbreak, while Japan has a little under 90, also around half. Japan's All Nippon Airways will roughly halve its flights to mainland China until the end of March, as bookings have plunged.

The effects are rippling through the hospitality industry.

Hilton Hotels & Resorts has had to shut 150 hotels in China because of the virus, CEO Christopher Nassetta said during the company's fourth quarter earnings call, Nikkei CNBC reported. Assuming the outbreak lasts three to six months, with an additional three to six month recovery period, Hilton expects a $25 million to $50 million hit on its full-year adjusted EBITDA.