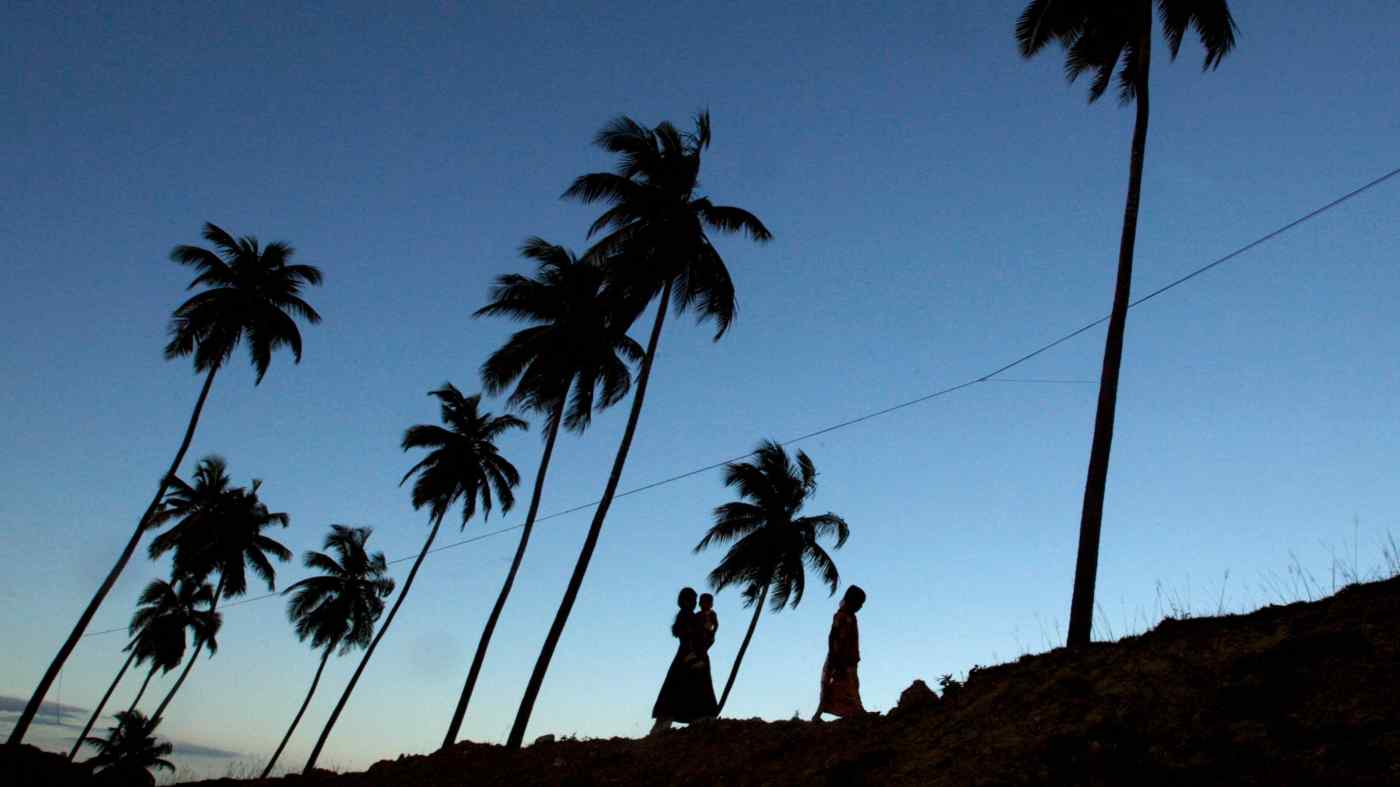 Girls walk along the shore in Port Blair, Andaman and Nicobar islands, in September 2007: Advocates for the islands' indigenous people warn they are at risk from the coronavirus.   © Reuters
SONIA SARKAR, Contributing writerMay 5, 2020 11:40 JST | India
CopyCopied

NEW DELHI -- After 33 coronavirus cases were reported in India's Andaman and Nicobar Islands, a remote crescent of 572 islands in the Bay of Bengal, experts began worrying about the indigenous people who live there.

"Even though all reported cases are among nontribals, our biggest challenge is to protect the aboriginals from COVID-19," said Anup Kumar Mondal, a tribal welfare officer with Andaman Adim Janjati Vikas Samiti (AAJVS), a government-run tribal welfare body. "If one person in the tribe gets infected, the entire community will be at risk because there is no concept of social distancing among them."

Three indigenous groups, the Great Andamanese, Jarawas and Onges, who live in the Andaman island chain are vulnerable to COVID-19 because of their contact with the outside world. The fourth group in the islands, the Sentinelese, who killed an intruding American missionary in 2018, is said to be safe because their land remains off-limits to most outsiders.

The Andaman Islands are within easy range of poachers from neighboring Myanmar. This puts the indigenous population at risk of contracting the disease.

As a safety measure, AAJVS in February relocated all 547 Jarawas, mostly inhabiting South Andaman and Middle Andaman islands, to the western coasts of the Middle, South and North Andamans, which are patrolled by government agencies to keep poachers at bay. 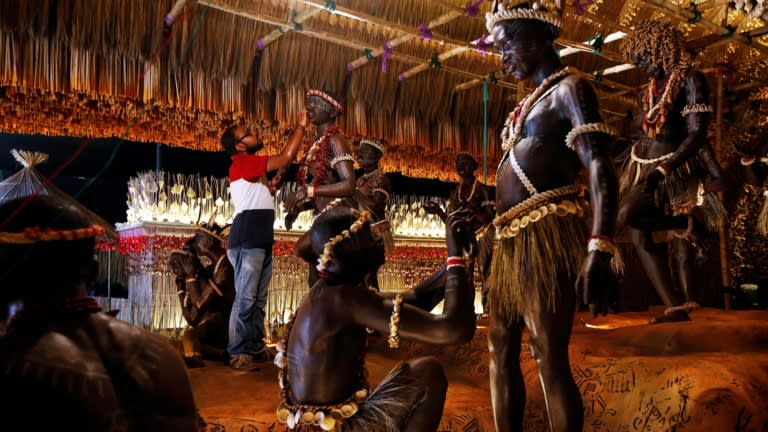 A man works on a sculpture of a man from the Jarawa people in October 2018: poachers from Myanmar are among those who may bring COVID-19 to the remote Bay of Bengal islands.   © Reuters

"But the risk of contracting COVID-19 is high among the Jarawas because many suffer from respiratory complications caused by measles outbreaks in 1999 and 2006," said Sophie Grig, a senior research and advocacy officer with London-based indigenous rights group Survival International.

The Great Andamanese, who now number just 76 and have had problems with measles, pneumonia and tuberculosis over previous decades, are also at high risk.

About 124 Onges living in Little Andaman Island who survive on government aid are also vulnerable. "Officials who are sent to their territory are screened to ensure that they are not carrying any infection," Mondal said.

"None of the tribes have the immunity to fight it," according to Survival International's Grig.

Several government interventions meant to "civilize" the groups have instead made them "vulnerable to diseases," said Ratan Chandra Kar, former deputy director for tribal health and welfare in the islands.

In 1970, the Indian government moved the Great Andamanese to Strait Island, 70 km from Port Blair, the capital. Now, the group is "dependent on the government for food, shelter and clothing," and "alcohol abuse and tuberculosis are rife," Survival International says on its website.

Similarly, the Jarawas have developed a taste for biscuits and bread, which they get from mainlanders who travel on the highway that cuts across their land. Some even prefer to wear clothes, provided by government agencies, which have given them skin infections.

"Cases of cold and fever are common among tribals between May and July, the months of [the] monsoon, every year. They may contract the infection when they visit hospitals," said a doctor at a primary health care center for Jarawas, who spoke on condition of anonymity.

But government officials say they are well equipped. Abhijit Roy, an official in charge of handling COVID-19 for the Andaman and Nicobar Islands, said about 52 beds are reserved for the tribals. "Also, we are trying our best to keep them confined to their own habitat."