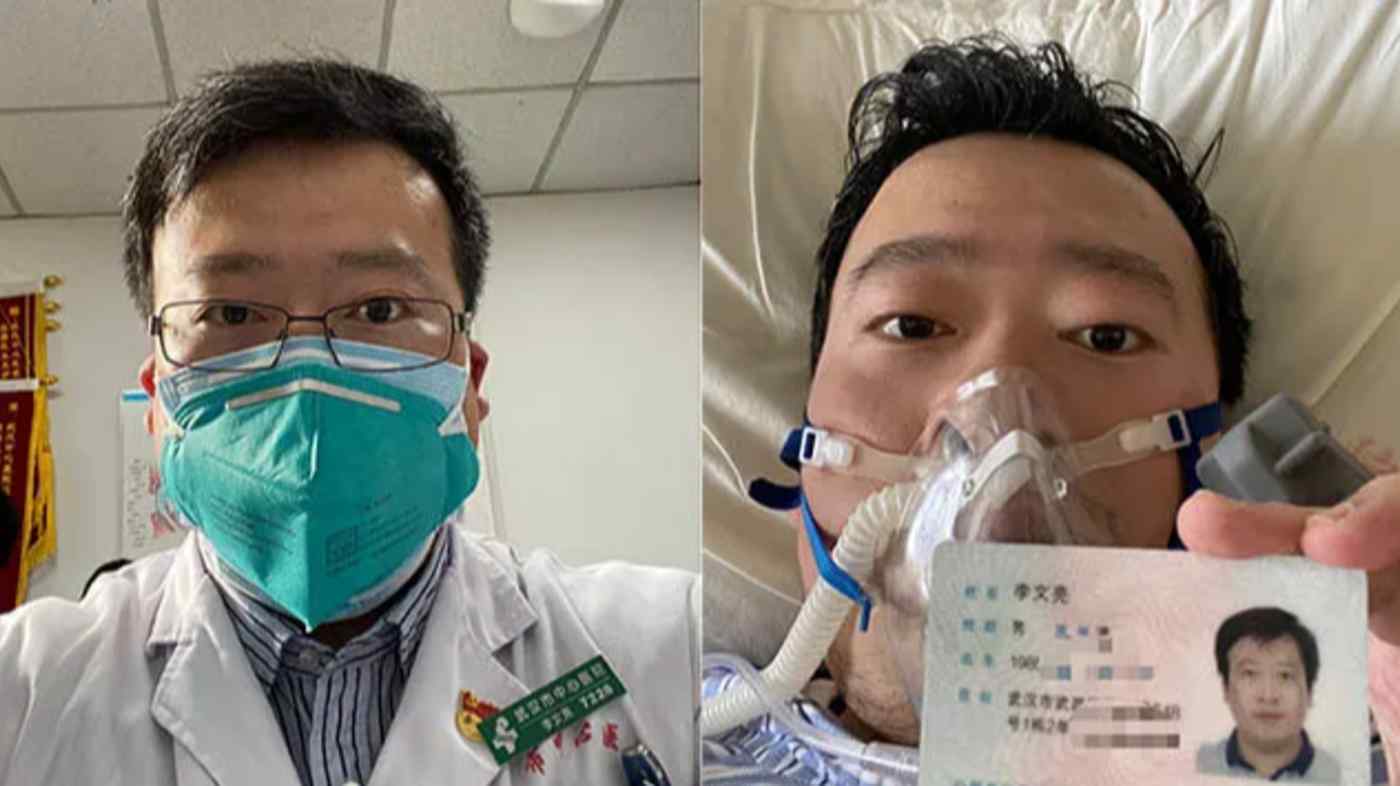 Li Wenliang was working as an ophthalmologist at Wuhan Central Hospital when he sent out a warning to fellow medics on Dec. 30 2019. (Photo taken from Twitter)
NIKKI SUN, Nikkei staff writerFebruary 7, 2020 05:11 JST | China
CopyCopied

HONG KONG -- The Wuhan doctor who was punished for warning colleagues about the new coronavirus in the early days of the outbreak died Friday from the very illness he raised the alarm about.

Ophthalmologist Li Wenliang, 34, passed away at 2:58 a.m. after "futile efforts at resuscitation," according to the official Weibo account of Wuhan Central Hospital, where Li worked. The hospital wrote: "We deeply regret and mourn for his death."

Li's death sparked an outcry on Chinese social media about the Communist Party's attempt to censor information on the epidemic. He was one of eight people called in by police for "spreading false rumors" -- information that turned out to be largely true. China's top court later vindicated their action by criticizing Wuhan police.

Li was later hospitalized after contracting the coronavirus himself while treating patients.

"What a shame the person who first spoke the truth received such an ending," a user on the Weibo microblogging platform said. "What the government owes him is more than an apology."

"The government officials in Hubei Province and Wuhan city must pay for his death," another Weibo user said. "They should be condemned as sinners through the ages."

Li had messaged his fellow doctors via WeChat on Dec. 30 to warn of a SARS-like disease that patients from a seafood and live-animal market in Wuhan had tested positive for.

A screenshot of his message went viral, and police called him in soon thereafter.

On his Weibo page, Li shared a police-written statement he was made to sign admitting to "severely disrupting social order" and promising to halt his "unlawful activities."

The World Health Organization responded to reports of his death on Twitter. "We are deeply saddened by the passing of Dr Li Wenliang," it tweeted. "We all need to celebrate work that he did on #2019nCoV" -- the name of the novel coronavirus.

Li was hailed as a hero on Chinese social media for his bravery in speaking up. But internet censors wasted little time trying to tamp down the buzz. Postings with the "#Wuhan government owes Dr. Li an apology" hashtag had gone viral and then been removed by the censors in less than an hour after his death was reported.

The deletion of the posts has further fueled anger over censorship. Hundreds of thousands people were posting early Friday morning with the hashtag "#we want freedom of speech" on Weibo, a taboo topic in China.

"What else can you do other than delete our posts," one message with the hashtag said.

"Who do they think they are fooling with all the deletions?" asked another. "They can stop people from speaking up, but can they blind the minds of us all?"