Corporate fundraising dries up as investors flee in fear 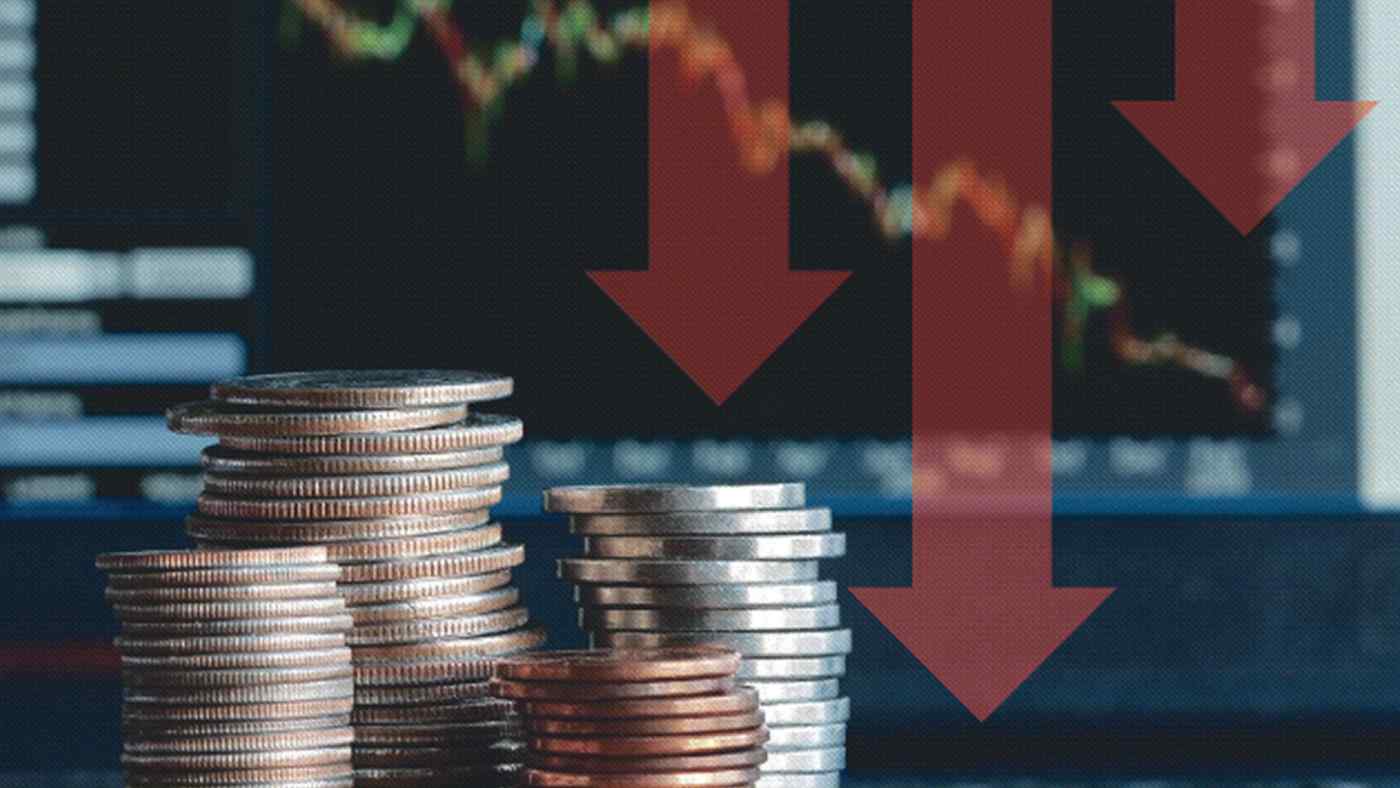 TOKYO/SHANGHAI/HONG KONG -- Corporate fundraising has come to a screeching halt in a sharp reversal from last year's brisk debt and stock sales as the new coronavirus wreaks havoc on business and sends investors fleeing to safe assets.

Global corporate bond issuances in January and February fell 6% on the year to $364 billion as of Thursday, according to Dealogic. This is in stark contrast to 2019, when a favorable fundraising environment pushed up offerings to a record $2.5 trillion.

The sudden slowdown is particularly pronounced in Asia, where bond floats dropped about 30% over the two months.

Debt offerings by Chinese companies plunged 34% to $59.4 billion, with the decline especially significant for instruments denominated in such foreign currencies as the dollar and euro, which are marketed for foreign investors. Semiconductor Manufacturing International Corp. was among the two Chinese companies that issued bonds in February, according to Refinitiv, compared with eight a year earlier.

Yuan-denominated bonds, targeting mainly domestic investors, fell more than 30% in the first two months of the year. Bonds floated by companies in Asia, excluding China and Japan, plunged 40% or so. 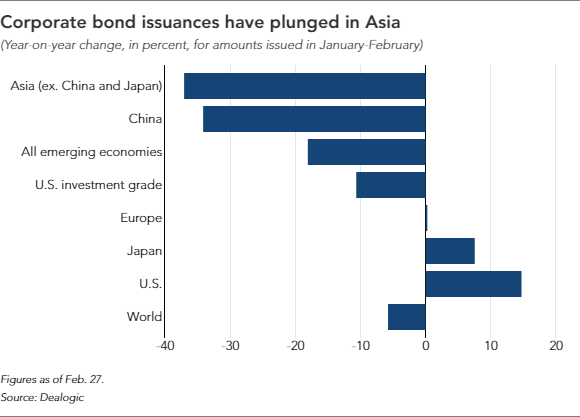 Investors have grown more risk-averse. "It is inevitable that corporate earnings will worsen due to the novel coronavirus," an official at Chinese brokerage Guodu Securities said. Some companies that have suspended operations face a serious cash crunch. Risk premiums -- the gap between yields on bonds issued by companies with low credit ratings and standard interest rates -- have reached a roughly one-year high.

The slowdown in business activity is also weighing on corporations. An official at an investment bank that helps companies go public in Hong Kong complained of difficulties because many people cannot leave mainland China. Some companies planning IPOs have had to cancel events for prospective investors.

In the U.S., just one company went public last week, according to IHS Markit. And speculation is afoot that Airbnb will delay its IPO, expected to be the largest of 2020. Investors are concerned that Airbnb's earnings will worsen, partly because of its move to suspend room bookings in Beijing.

The Chinese government has asked banks to help businesses secure funds. Bank lending to fight the coronavirus and resume production had surpassed 1 trillion yuan ($143 billion) as of the end of February, according to Chinese regulators.

Prolonged turmoil in the corporate bond market may exacerbate the global economic slowdown by fueling a vicious circle, with pinched corporate earnings exacerbating a credit crunch.