Politicians and officials across region have proposed some suspect treatments 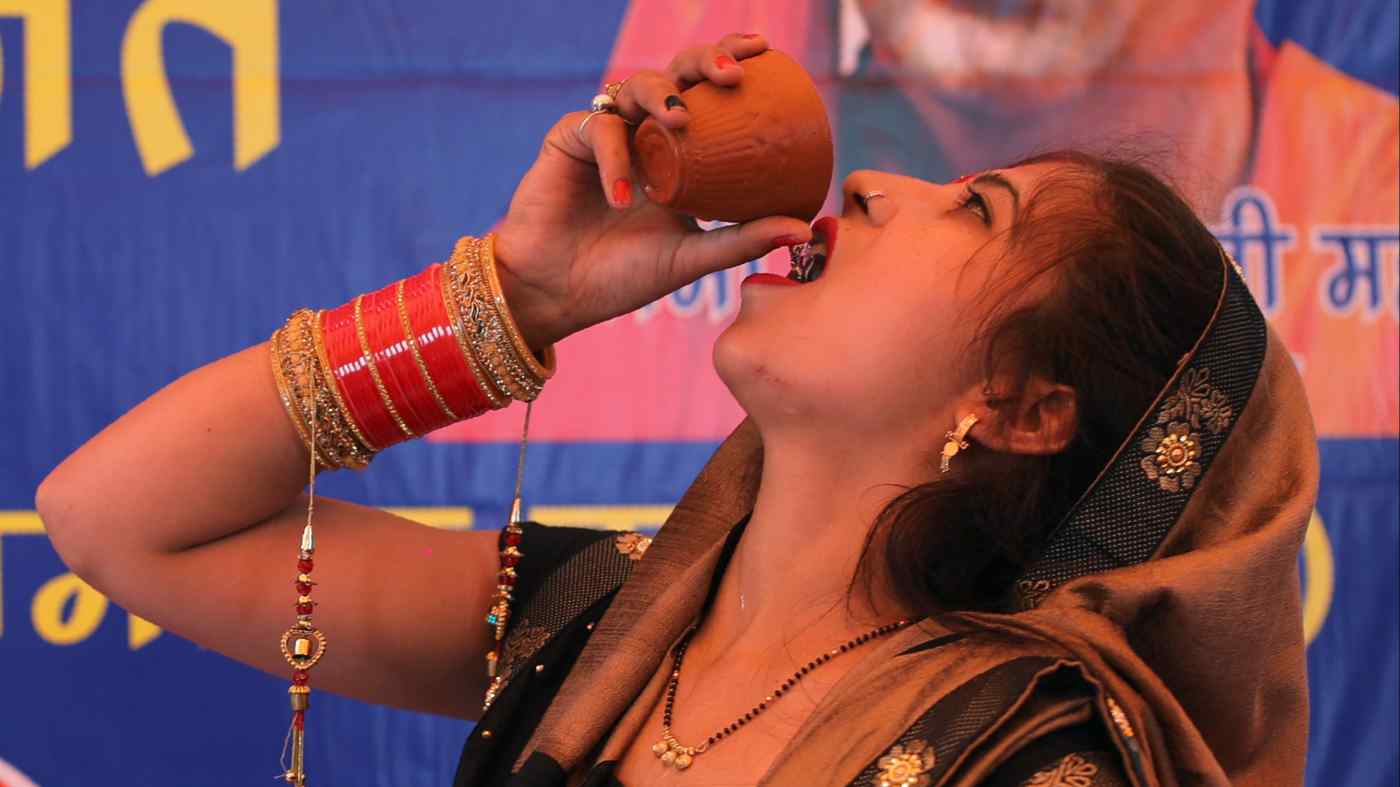 An Indian woman drinks cow urine during an event organized by a Hindu religious group to promote its consumption as a cure for the novel coronavirus in New Delhi in March.   © AP
Nikkei staff writersAugust 12, 2020 13:27 JST | India
CopyCopied

More than six months since the first COVID-19 case was reported in the Chinese city of Wuhan, the world is still struggling to contain the spread of the novel coronavirus. Universities, research institutions and pharmaceutical companies are scrambling to develop vaccines and treatments, with some slated for production next year.

But as people become desperate to return to normal lives, some outlandish claims for cures and prevention have sprung up across the globe. Notably, U.S. President Donald Trump suggested that injecting patients with disinfectants might help treat the virus.

Asia has had its fair share of politicians, officials and other people propose suspect treatments. Here is a selection of some outlandish claims made over the past few months in the region:

Dilip Ghosh, a member of the country's ruling Bharatiya Janata Party and president of its unit in West Bengal state, suggested last month that consuming cow urine would help boost immunity against COVID-19.

"Those who consume alcohol, how will you understand the worth of a cow?" he was quoted as saying by The Hindu newspaper. He wasn't the first to make the claim. His party colleague, Suman Haripriya from the northeastern state of Assam, said back in March that cow urine and dung can help cure coronavirus.

Many Hindus consider cows to be sacred animals. In addition to worshipping the animals, some drink their urine as they believe it has medicinal properties. A Hindu group even hosted a cow urine drinking party in New Delhi in March to ward off the virus. However, there has been no scientific evidence to back the claim it can cure COVID-19.

In late June, Indian yoga guru Ramdev's consumer goods and herbal medicines company Patanjali claimed that it had found a cure for COVID-19 and put on sale an Ayurvedic (a traditional Indian system of medicine) kit.

"It was a challenging task [to develop the treatment]," Ramdev, a big supporter of Prime Minister Narendra Modi, said during the launch of the kit. "This does not only control but cures [COVID-19]."

The government stepped in, with its ministry dealing with Ayurveda asking the company to provide information on the kit, including the composition of the medicines and data results of a study it conducted. Patanjali was eventually allowed to sell the kit, not as a cure but as an immunity booster. That does not appear to be deterring buyers. 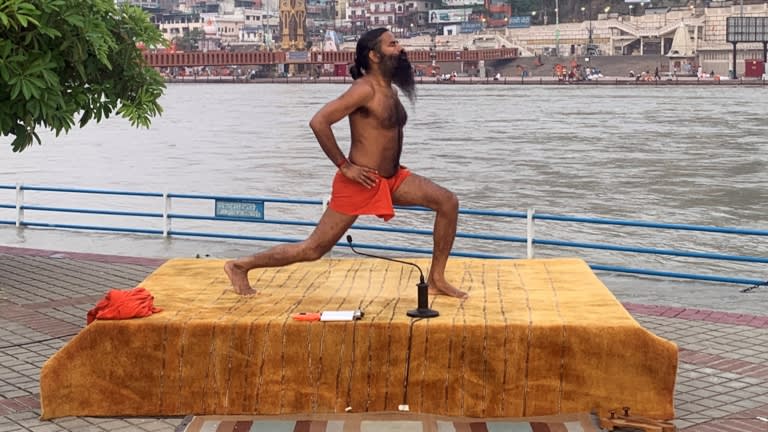 Yoga guru Ramdev performs the ancient mental and physical discipline on the banks of the river Ganges in Haridwar, India, on June 19. Ramdev's company is selling a traditional Indian medicine kit that it claims is a cure for COVID-19.   © Reuters

Indonesia's agricultural ministry came out with a surprising claim in early July, when it said its Health Research and Development Agency had "invented" a eucalyptus-based "antivirus necklace" and that it was slated for mass production from August.

Agricultural Minister Shahrul Yasin Limpo was quoted as saying that lab tests showed that of the 700 eucalyptus species tested one was found that "could kill the coronavirus" and claimed the necklace could kill 42% of the coronavirus if worn for 15 minutes.

Amid skepticism from the public and health experts, the ministry backtracked a few days later, saying that while the necklace can treat symptoms like shortness of breath, the product was merely for aromatherapy and not antiviral.

But Health Minister Terawan Agus Putranto defended the product, telling local media that people who wear the necklace may feel confident, which could boost their immune system. Putranto said in February, when Indonesia still had zero coronavirus cases, that the virus had not reached Indonesia because of "prayers."

"If you don't have alcohol... just go to the gasoline station and get some [gasoline]" Philippine President Rodrigo Duterte said in a prerecorded speech aired on July 31. "You thought I was joking, I was not," he added, days before placing Metro Manila and nearby provinces on a stricter lockdown due to a spike in infections. The country now has the most confirmed COVID-19 cases in Southeast Asia.

A week earlier, Duterte said face masks could be disinfected by soaking them in gasoline or diesel in the absence of alcohol. That prompted the health department to say that the president's remarks were made in jest and reminded the public to wash cloth masks and to dispose surgical and N95 masks after use.

The same day as the president's speech, the Integrated Chemists of the Philippines uploaded an infographic on its Facebook page which said: "Gasoline MUST NOT be used as a disinfectant." Philippine President Rodrigo Duterte speaks at the Malacanang presidential palace in Manila on July 30. Duterte has said face masks could be disinfected by soaking them in gasoline or diesel in the absence of alcohol.   © AP

Malaysia's Health Minister Adham Baba, a week after his appointment in March, claimed that drinking warm water could "kill" coronavirus in a person's body. He said warm water can "flush" the virus down to the stomach, where digestive acids will then destroy it. He said the coronavirus cannot tolerate heat and thus will die in the stomach.

On Jan. 28, leading traditional Thai medicine hospital Chao Phraya Abhaibhubejhr Hospital used its Facebook page to urge people to consume andrographis paniculata, commonly known as creat and used to prevent colds. Claiming it would bolster people's immune systems before catching COVID-19, the hospital said: "It acts like a soldier in the human's body that protects from the infection and to help reduce the severity of the virus infection."

However, the hospital later admitted that the claim was misleading. "There is no research which confirms that the plant can protect or relieve symptoms in humans from Wuhan virus," Pakakrong Kwankao, head of the Empirical Evidence Centre at the hospital, told AFP on Feb. 4.

A World Health Organization official has also said there is no evidence that the herb is an effective remedy for coronavirus. Yet the hospital, despite the misleading remark, has not taken down the post. The Thai government is currently investigating the effectiveness of the herb in combating COVID-19.

Since the outbreak of COVID-19 in the city state, health supplements such as "red ginseng" and "spirulina" -- common herbs used in traditional Chinese medicine -- have been promoted by practitioners as being "good for coronavirus."

In mainland China, TCM was given to COVID-19 patients to relieve mild pneumonia symptoms, but Singapore's Health Sciences Authority issued a warning to the public in May, saying: "There is currently no evidence that any health supplement, Chinese proprietary medicine, traditional medicine or herb can boost the immune system specifically to help prevent, protect against or treat COVID-19."