Jyllands-Posten newspaper defends decision with prime minister on its side 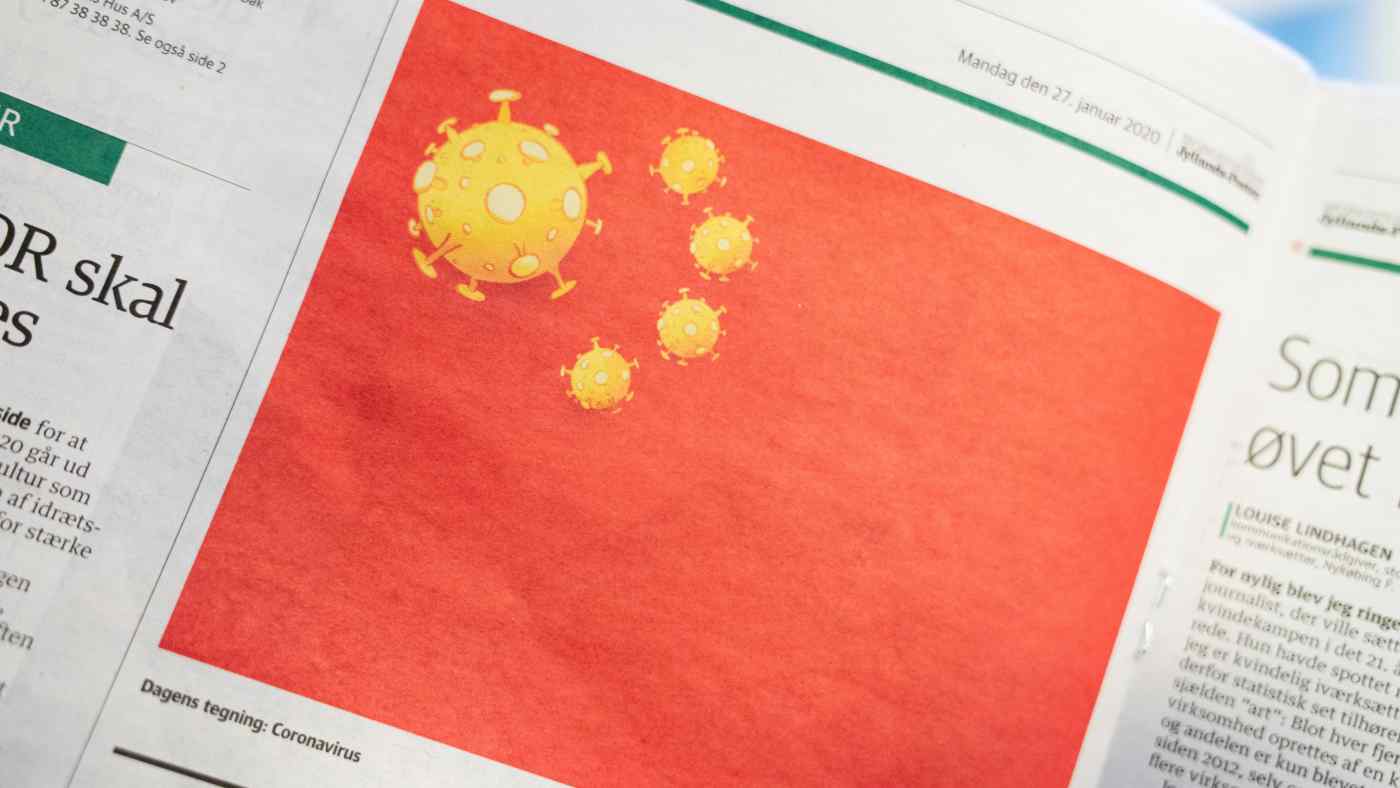 BRUSSELS -- China has demanded an apology from Danish newspaper Jyllands-Posten for publishing a satirical cartoon of the new coronavirus, though the paper is standing by its decision.

The cartoon, published Monday, replaced the yellow stars in China's national flag with yellow virus particles. The image is "an insult to China" and crossed the "ethical boundary of free speech," the Chinese Embassy in Denmark said the day it was published.

Despite the more than 130 deaths and over 6,000 infections attributed to the coronavirus in China, Jyllands-Posten chief editor Jacob Nybroe said the cartoon was not intended to ridicule the nation, and that the newspaper "can't apologize for something we don't think is wrong."

Danish Prime Minister Mette Frederiksen defended the paper on Tuesday. "We have freedom of expression in Denmark -- also to draw," she said.

Jyllands-Posten published a controversial cartoon in 2005 depicting the Islamic Prophet Muhammad with a bomb-shaped turban. The cartoon triggered backlash and protests in the Muslim world.