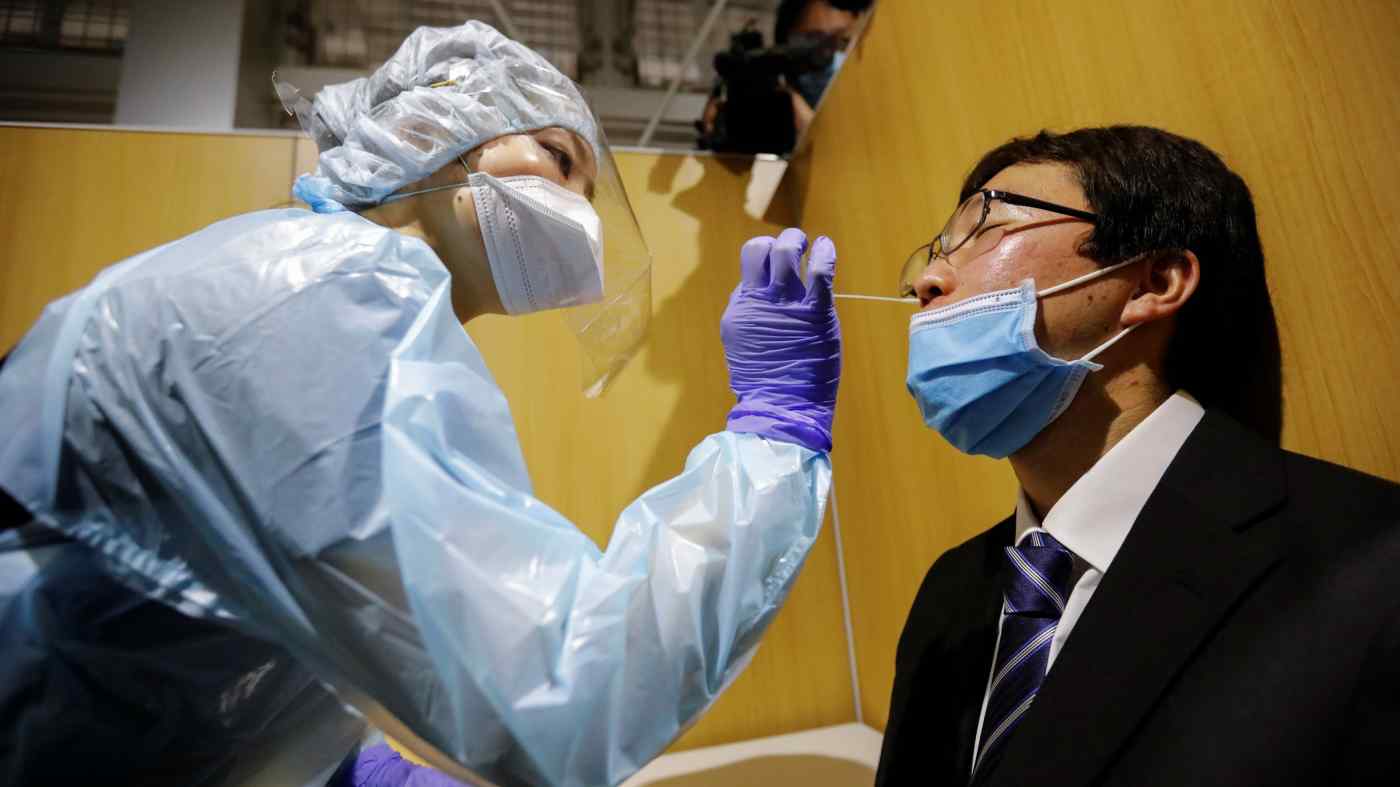 KYOTO -- Japan's Shimadzu has started selling a PCR testing reagent to detect the coronavirus's highly contagious delta variant, which has driven a resurgence in COVID-19 cases around the world.

The company plans to produce enough for 10,000 tests a month. The reagent is for research use only and will not be covered by insurance. It detects the L452R mutation found in delta, which was first reported in India.

Shimadzu has also begun full-scale sales of a research reagent that detects the E484K mutation found in such variants as gamma, first detected in Brazil. The company had already been supplying it to a number of research institutions on a preliminary basis but only recently put mass production capacity in place.

Both reagents need to be used in conjunction with a standard PCR testing kit. Each set is priced at 35,000 yen ($320) and includes enough for 100 tests.

The Kyoto-based maker of testing and measuring instruments began sales in May of a reagent for the alpha variant, first detected in the U.K., and plans to release new ones for future variants.