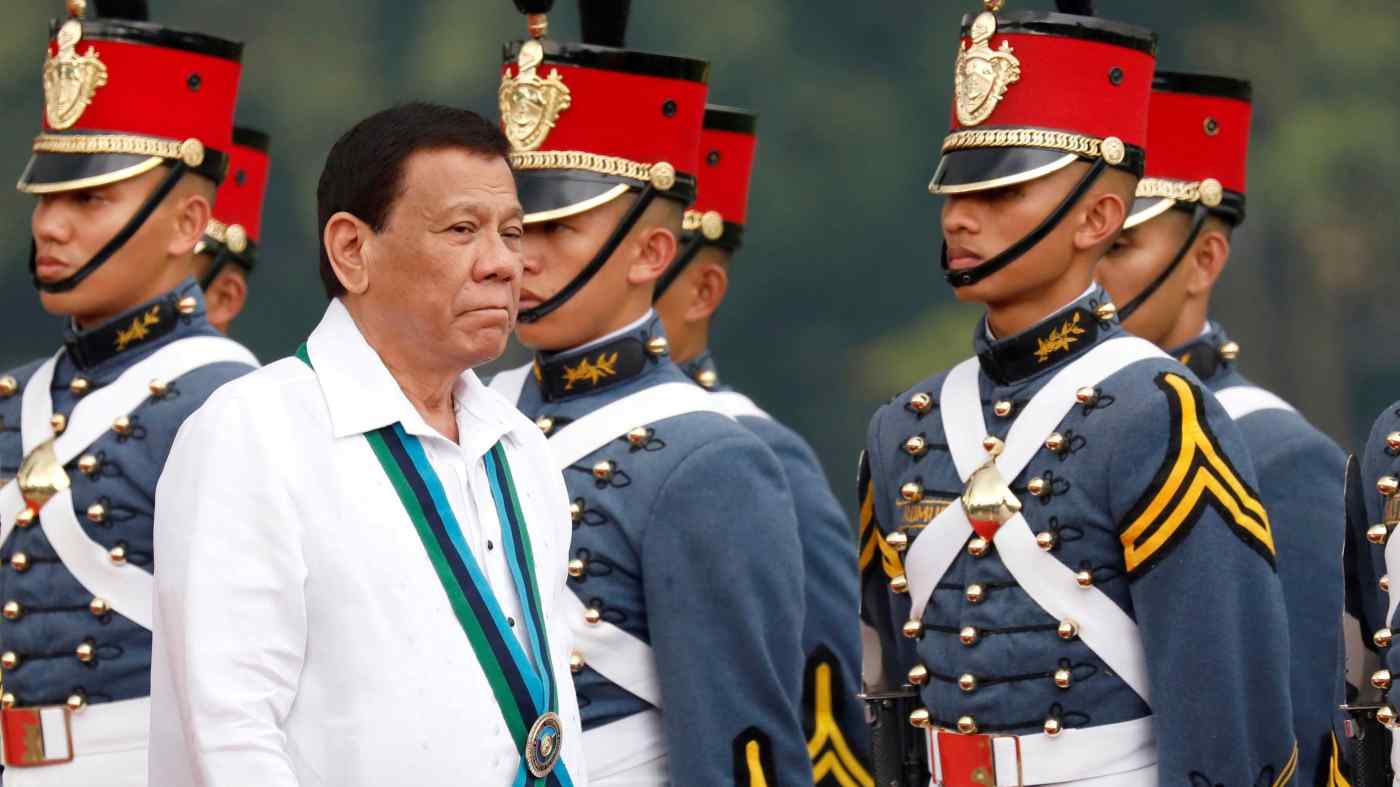 Philippine President Rodrigo Duterte in a file photo: Officials have not said how members of his security detail gained access to coronavirus shots, nor what type of vaccine they used.   © Reuters
December 30, 2020 18:02 JST | Philippines
CopyCopied

MANILA (Reuters) -- The Philippine defense minister said on Wednesday that unapproved COVID-19 vaccines given to President Rodrigo Duterte's military security detail had been smuggled into the country, but called the move "justified."

News of the special troop unit being inoculated as early as September has caused a stir among activists, with the Food and Drug Administration (FDA) yet to approve any COVID-19 vaccines and no set timeline for when health workers would receive one.

Defense Secretary Delfin Lorenzana said members of the Presidential Security Group (PSG) obtained the vaccine without government authorisation and had administered them without his knowledge.

"Yes smuggled, because they were not authorized, only the government can authorize," he told reporters when asked if the vaccine was smuggled into the country.

"They need to explain because they violated FDA rules."

He added: "It is justified ... it will protect them so they will not be infected and at the same time they can protect the president."

On Tuesday, PSG head Brigadier General Jesus Durante told news channel ANC that a handful of unit members had given themselves a coronavirus vaccine "in good faith" and the president was only informed afterwards.

Durante said the unit could not afford to wait for approval. He did not say how the vaccine was obtained, or which one was used.

The FDA and health ministry both warned on Monday against use of unapproved vaccines and said importing, distributing or selling them was illegal.

Akbayan Partylist, a leftwing group of lawmakers, cried foul on Wednesday over what it called "VIP treatment" when local governments were struggling to get budgets to fight the coronavirus.

Asked how the PSG obtained the vaccine and which was used, the health minister, Francisco Duque, said the FDA was investigating. FDA chief Rolando Enrique Domingo said his enforcement team had yet to complete its report.