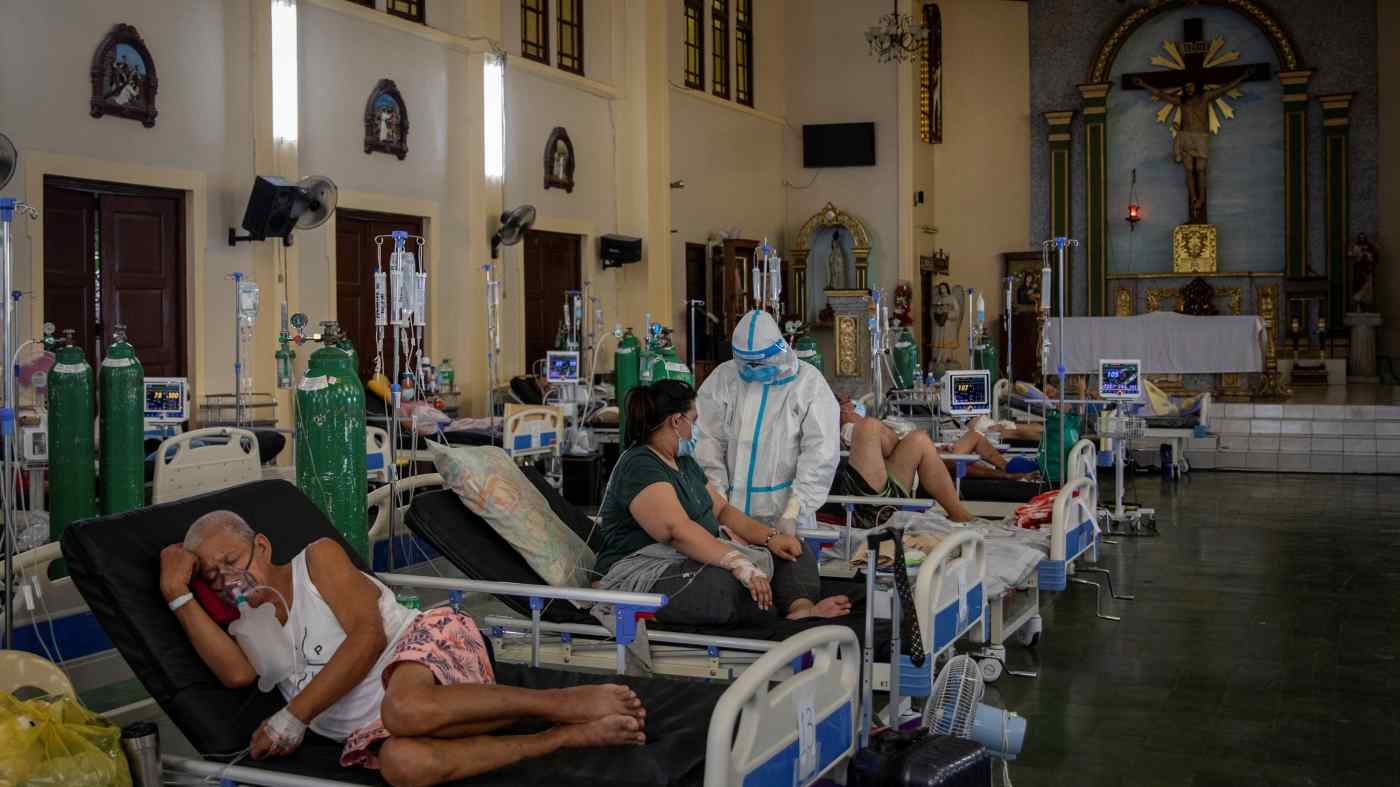 A health worker tends to a COVID-19 patient in the chapel of Quezon City General Hospital amid rising infection numbers, in Metro Manila on Aug. 20.    © Reuters
August 28, 2021 14:09 JST | Philippines
CopyCopied

MANILA (Reuters) -- Philippines President Rodrigo Duterte has lengthened the second-highest level of coronavirus restrictions in the capital region and some provinces until Sept. 7, his spokesperson said on Saturday.

The Philippines, which has among the worst coronavirus outbreaks in Asia, is battling a renewed surge in COVID-19 cases driven by community transmission of the more infectious Delta variant.

Although some businesses can operate at up to 50% on-site capacity, restaurant dine-in, personal care services and religious activities are still prohibited in the capital region, presidential spokesperson Harry Roque said in a statement.

The capital region, an urban sprawl of 16 cities that is home to more than 13 million people, is the country's coronavirus epicenter, accounting for a third of the 1.91 million confirmed infections and a quarter of the 32,841 total deaths.

Nine provinces and six cities facing a surge in cases and high health care utilization were also placed under the second-tightest coronavirus curbs.

The government is pinning its hopes for an economic recovery on its inoculation program, which started in March.

The Philippines has so far secured a total of 194.89 million doses of COVID-19 vaccines, enough to inoculate about 100.5 million Filipinos or more than 100% of the country's adult population, the finance ministry said.

Nearly 49 million doses have been delivered, while another 42 million will arrive in a month, said Finance Secretary Carlos Dominguez, adding that the government could inoculate everyone by January.