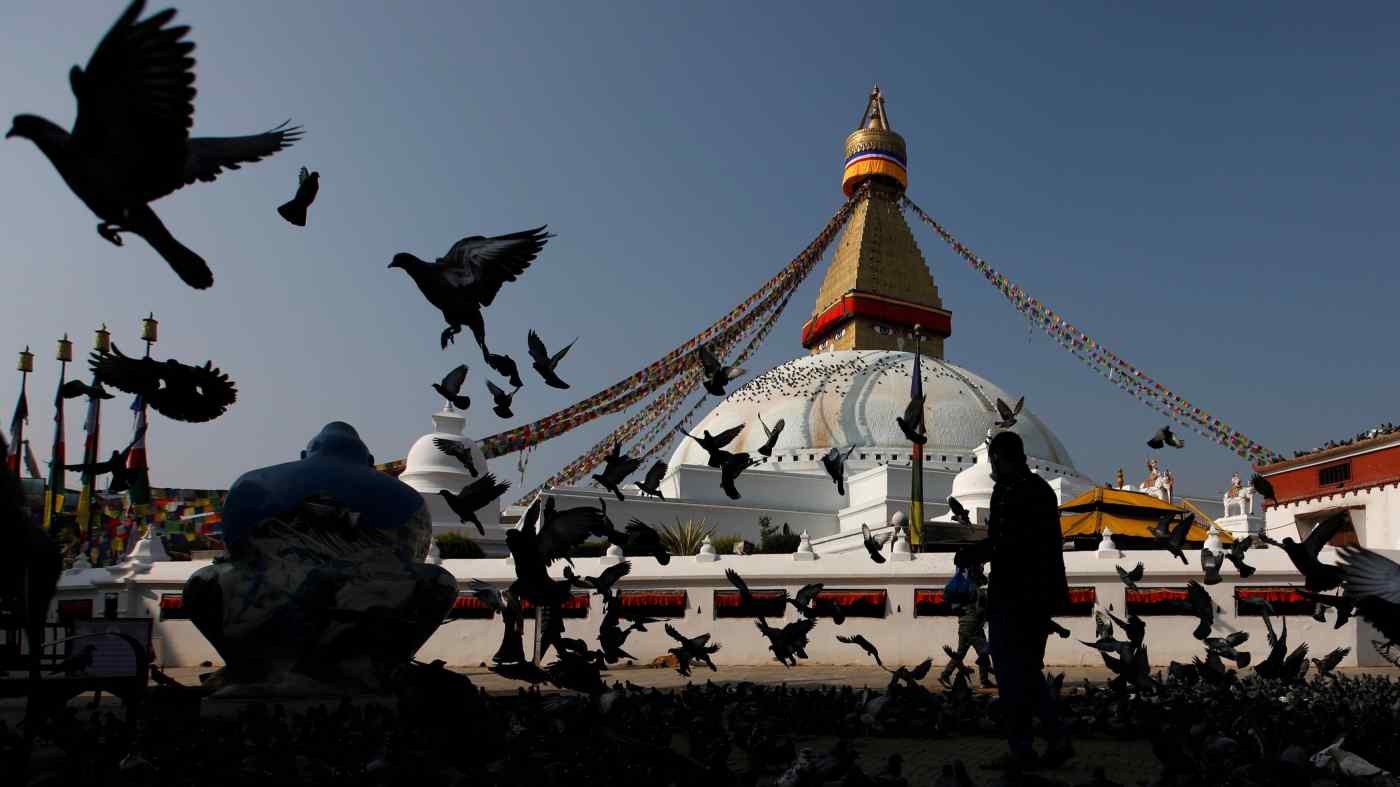 "The coronavirus outbreak hit us at a time when we [were] expecting a tremendous growth in the sector. Now [tourism] has ground to a near standstill," said Shreejana Rana, president of Hotel Association Nepal, a 270-member trade group. "It seems like it will have an adverse impact on us for the whole year." While hotels need to be at least 40% full to stay in business, the occupancy rate is below 10% at the moment, Rana said.

Sri Lanka is grappling with the same problem.

Sumudu Dhanapala, who owns a guesthouse in the south of the country, said that in January and February his rooms were around 80% full. But cancellations poured in March. Average occupancy during that month "would [normally] be around 60%, but ... [there was] no occupancy after the 20th. I am in fact [busy with] canceling and refunding bookings made till [the] end of May 2020."

Since their first cases of COVID-19 were confirmed in January, both South Asian nations have seen a growing number of infections and have taken steps to slow the spread. Sri Lanka banned arrivals of passenger aircraft on March 19 and imposed an indefinite curfew across the island the following day. 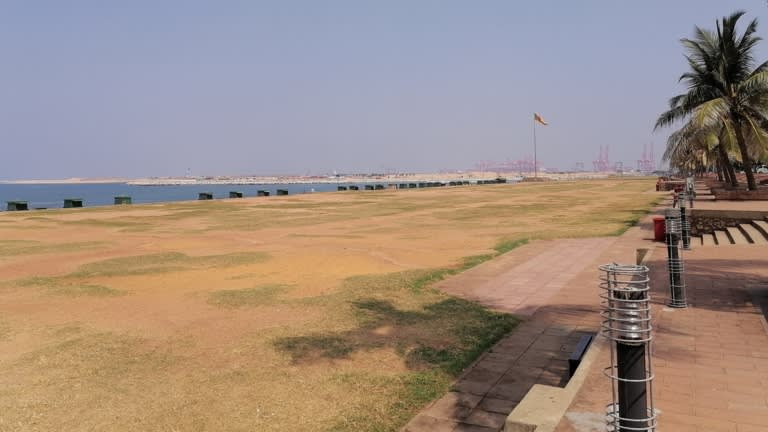 Visitors are scarce at a beachside park in Colombo that usually teems with local and foreign sun-seekers. (Photo by Munza Mushtaq)

Nepal halted expeditions to Mount Everest on March 12 and suspended international flights on March 22. It imposed a lockdown two days later. The government has also canceled its ambitious Visit Nepal 2020 campaign, which was launched in January with the goal of attracting 2 million foreign tourists.

So far, there have been 150 confirmed coronavirus infections in Sri Lanka and five in Nepal, compared with more than 2,000 cases in neighboring India. But foreign arrivals have dried up due to the entry restrictions, driving the tourism business into a corner.

Tourism is a key industry in both Nepal and Sri Lanka. According to World Bank data, receipts from international tourism accounted for 28% of total export revenues in both countries, the largest share in Asia behind the Maldives. The sector is said to employ 200,000 people in Nepal and 500,000 in Sri Lanka. For Nepal, tourism is the second-largest earner of foreign exchange; in Sri Lanka, it is No. 3. The decline in tourist arrivals has hit both countries' employment and balance of payments hard. The damage appears likely to linger even if the outbreak itself ends in a month or two.

Dipendra Prasad Khatiwada stares at his empty restaurant in Sauraha, a major tourist hub in Nepal near Chitwan National Park, home to endangered royal Bengal tigers and one-horned rhinoceroses. "Sauraha used to welcome 700 to 800 tourists a day in this season, but there's hardly anyone now," said Khatiwada. "Customers who made bookings for five to six months later have canceled. I think it will take at least a year for us to recover from this," he said.

Sarita Lama, general secretary of the Trekking Agencies Association of Nepal, echoed that sentiment "[It's] not just the current season, we are worried that it will affect the autumn season as well," Lama said. The pandemic has also struck hard in South Korea, Japan, China and Europe, which, Lama said, "are major sources of trekkers."

Lama is also worried about the impact on employment. "The workers at the lower rung, such as tour guides [and] porters will be hardest hit because they depend on seasonal work for the entire year." Stranded German tourists wait for a shuttle bus to take them to the airport on March 27, after the Nepalese government imposed a lockdown in Kathmandu.   © Reuters

In South Asia, the Maldives is likely to suffer most from COVID-19 because it is more dependent on tourism than others in the region. Fitch Ratings on March 30 downgraded the country's long-term foreign- and local-currency default ratings to B from B+, and cut its outlook to negative from stable. Fitch also downgraded the outlook for Sri Lanka's banking sector to negative on March 26.

Sri Lanka's hoteliers are looking for help from the government, such as interest-free working capital loans, and job guarantees. "What we are expecting from the government right now is to help us, and [to] safeguard the jobs of the people in the industry because, we can't do it on our own," Sanath Ukwatte, president of the Hotels Association of Sri Lanka, told the Nikkei Asian Review.

Rana of Hotel Association Nepal is also calling for relief from her government. "We have made investments worth billions of rupees in the sector. We have taken a huge amount of loans with high interest. As part of immediate action, we want the government to put a moratorium on interest, restructure our loans and introduce tax cuts. Paying our staffs and rent are our most urgent financial concerns."

Despite the pleas for help, the two governments appear reluctant to make a quick decision. The Nepalese authorities on March 30 announced a relief package, but not address the demands made by the tourism sector.

On the other hand, a Sri Lankan government spokesman, Keheliya Rambukwella, told the Nikkei Asian Review that "hotels are an important income generator, and we need tourism to flourish. But right now our priority is to curb the spread of the virus. Once this situation is under control, then we will focus on tourism, which is the worst affected by COVID." Most hotels in Colombo are closed, and even hotel lounges that are open during noncurfew hours are empty. (Photo by Munza Mushtaq)

In Sri Lanka, plummeting visitor numbers prompted operators of isolated beachside resorts to offer them as quarantine centers as coronavirus cases continued to increase. At least 124 people are under observation, while three towns have been placed on lockdown.

Thushara Fernando, who works at a small beach hotel in the southern Sri Lankan town of Bentota, is gloomy about his future. He said that even after last year's Easter bombings there were local customers. "But this time we don't even have local guests. So I am worried I might lose my job once again due to this situation."