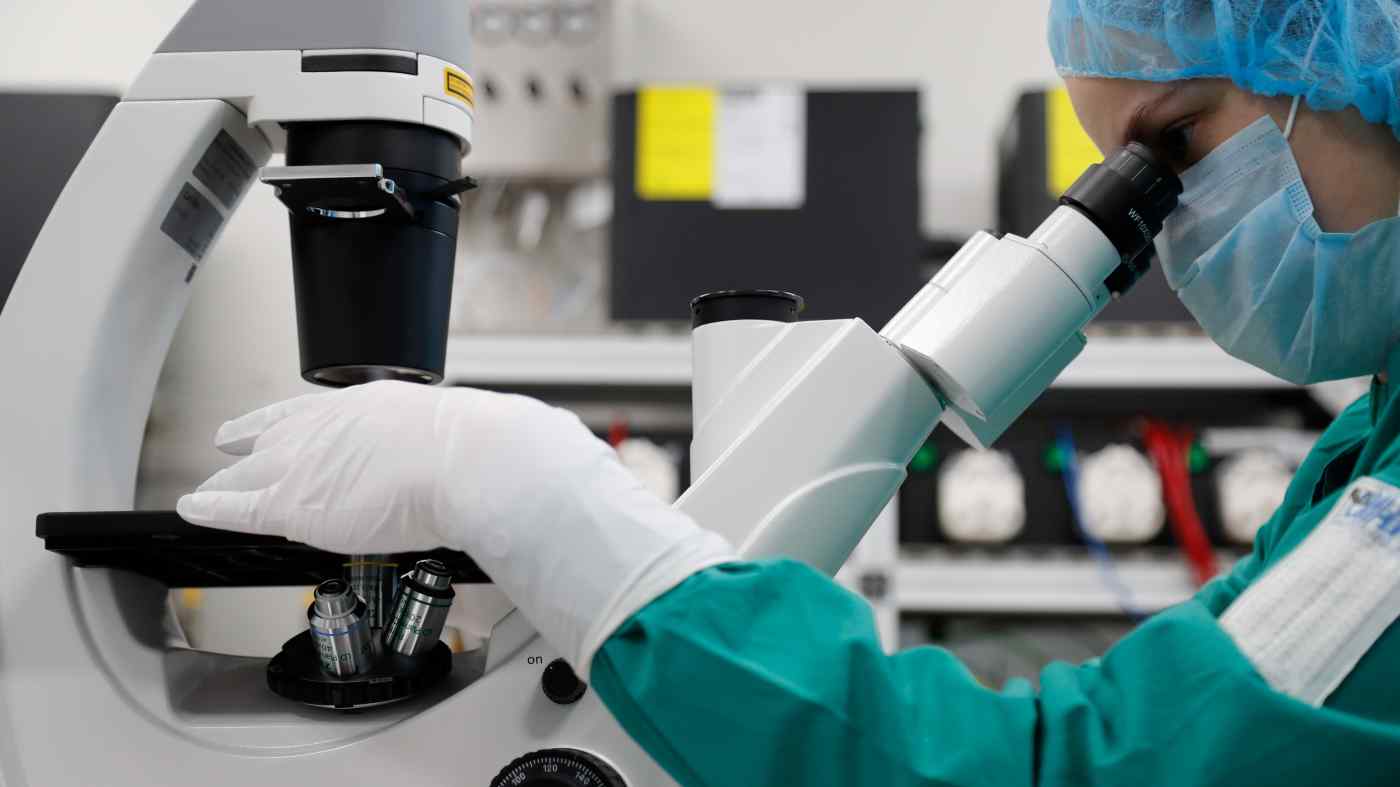 A scientist conducts research on a coronavirus vaccine at a laboratory at biotechnology company BIOCAD in Saint Petersburg, Russia, on May 20.    © Reuters
AKANE OKUTSU, Nikkei staff writerDecember 24, 2020 17:48 JSTUpdated on December 28, 2020 18:07 JST | Japan
CopyCopied

TOKYO -- Just as the world was beginning to hope for a resumption of travel and other pre-pandemic activities, thanks to the rollout of coronavirus vaccines, the appearance of a new variant has sparked fresh fears and uncertainty.

The new strain is potentially 70% more contagious than earlier ones and could prolong the coronavirus pandemic.

On Dec. 14, British authorities reported to the World Health Organization that a new variant had been identified. Following a third lockdown in London, governments around the world announced the reimposition of travel restrictions.

And additional mutations are appearing. A new variant first detected in South Africa has also been identified in the U.K. "This virus is yet more transmissible and appears to have mutated further," said Matt Hancock, Britain's health secretary.

This latest variant emerged independently from the one discovered in the U.K. Moreover, the variants confirmed in the U.K. and South Africa have over a dozen mutations.

Here are five things to know about the coronavirus strains.

How did the virus mutate?

Virus mutations occur naturally all the time as they replicate inside their host. This also happens in influenza viruses. In the case of the coronavirus, mutations are recorded about every two weeks.

According to the U.K. government, genetic evidence suggests the strain first detected in the U.K. emerged in September but until mid-November circulated at very low levels.

"There is no evidence that [the new strain] causes more severe illness or higher mortality, but it does appear to be passed on significantly more easily," said Prime Minister Boris Johnson. This may be due to mutations in the spike protein, which allow it to enter human cells.

On Wednesday, U.K. Health Secretary Matt Hancock revealed that the country detected the even more transmissible strain from South Africa. The new strain has more than 20 mutations, including the same spike mutation noted in the previously detected variant.

The U.K. government is once again urging its citizens to be diligent about washing their hands, wearing masks and maintaining their distance from others.

Do we have vaccines for the variants?

This is not yet clear.

Regarding the U.K. strain, the World Health Organization said in a statement this week: "There is not enough information at present to determine if this variant is associated with any change in [the] severity of clinical disease, antibody response or vaccine efficacy." Determining how dangerous it is may require two months or more of additional research.

On Dec. 20, German Health Minister Jens Spahn in front of local media expressed optimism that current vaccines will be effective against the new strain. And in the U.K., the government said, "There is currently no evidence to suggest that ... vaccine[s] would not protect people against the new variant."

However, it is a matter of time before we will need a new vaccine as the virus mutates into new strains.

According to Ken Ishii, a professor of vaccine science at the University of Tokyo, existing vaccines will generally be able to handle early mutations. But he cautioned: "Theoretically, mutations that can evade the antibody of the vaccine could happen sooner or later," adding, "No one can predict whether it will happen in five years, 10 years or next year."

Has the new strain been detected outside the U.K.?

The same variant identified in the U.K. has been found in a number of European countries, including Denmark, Italy, the Netherlands and France.

In the Asia Pacific region, the variant has been identified in Japan, South Korea, Singapore, Hong Kong and Australia.

On Monday, South Korea reported its first cases of the new variant. The family of three entered the country from the U.K. on Dec. 22, and is in quarantine.

In Japan, Prime Minister Suga's pandemic adviser issued a warning about the new variants, saying the country risks falling into "a disastrous situation if such strains enter and spread ... and put a further strain on the hospitals that are already filled to capacity."

In Australia, after four infections were identified, "all cases have been or are being managed in hotel quarantine, and the variant has not spread into the community," the Australian Health Protection Principal Committee said in Dec. 22.

On the next day, Hong Kong announced that two students who had returned from the U.K. this month appear to have carried the strain.

And on Thursday, Singapore confirmed its first case of the U.K. mutation. Also, 11 others in quarantine have returned preliminary positive results for the new strain. All of the patients were travelers who had been to Europe.

How will it affect international travel?

Countries are again tightening border controls. On Wednesday, Japan joined other Asian countries and territories including Singapore, the Philippines, South Korea, India and Hong Kong in announcing entry bans on people arriving from the U.K.

In fact, Japan will also ban entry from all countries to prevent the spread of the U.K. strain of the coronavirus, the government announced on Saturday. The ban takes effect Monday and continues through the end of January. Only Japanese nationals and foreigners who already obtained visas in Japan, except from the U.K. or South Africa, will be permitted to return to the country.

Some countries, such as South Korea and the Philippines, are stopping all flights from the U.K.

South Korea will extend a ban on direct flights from Britain for another week until Jan. 7, and will require any passengers arriving from that country and South Africa to undergo testing, officials announced on Monday.

China also will suspend direct flights to and from the U.K., Foreign Ministry spokesman Wang Wenbin said on Thursday.

How will the new variant affect the economy?

Travel restrictions and renewed uncertainty are further clouding the global economic outlook. The new strain is already affecting businesses and supply chains. Toyota Motor halted operations at its factories in the U.K. and France on Dec. 22, bringing the Christmas holiday forward. There was a severe bottleneck in the flow of goods between the two countries.

Hideo Kumano, chief economist at Dai-ichi Life Research Institute, said the new virus strain's economic effects will depend on whether the vaccines currently being distributed are effective against it. If the vaccines turn out to be ineffective, "all the plans built on the use of vaccines next year would be out," he said.

"What is scary is that we do not know when the coronavirus crisis will end," said Kumano, but he added that even if the current vaccines become ineffective, new vaccines will developed.