Foxconn: China production to return to normal this month 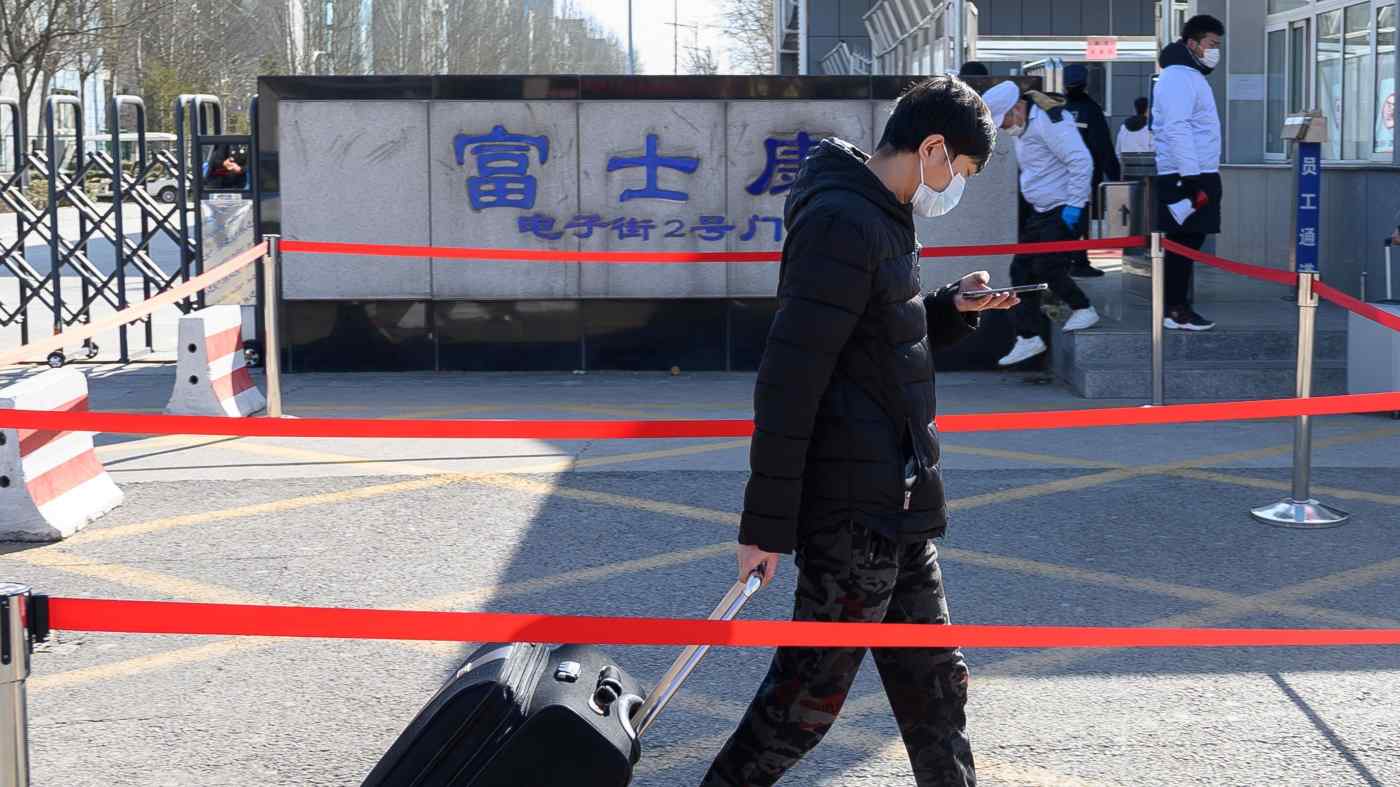 TAIPEI -- The world's largest contract electronics supplier Foxconn said Tuesday that the coronavirus outbreak would clip first quarter revenues by up to 15%, but expects a recovery next quarter as production returns to normal.

"It's going to have an apparent negative impact on our major product lines for the first quarter," Foxconn Chairman Young Liu told an investors call on Tuesday.

"Given that there are still uncertainties about the coronavirus outbreak, it's hard to estimate the impact for the whole year," Liu said, adding that growth for this year would likely be lower.

Before the coronavirus outbreak brought China's economy to a virtual standstill, Foxconn, the country's largest exporter, had forecast revenue growth of between 3% to 5% from last year's 5.33 trillion New Taiwan dollar ($177.5 billion).

The Taiwanese-headquartered manufacturing giant's bleak forecast came as many of Foxconn's major clients, such as Apple and Microsoft, revised down their first quarter revenue forecasts.

Foxconn supplies almost all electronics makers globally, with a client list that includes tech powerhouses such as HP, Dell, Huawei Technologies, Amazon, Google, Nokia, Ericsson and many others.

Liu said Foxconn is currently running at about 50% of its slow season capacity, adding that he expects production to return to normal by the end of this month for the start of the traditionally slower second quarter.

Because contract electronics manufacturers such as Foxconn usually only operate at around 50% or less capacity during the first and second quarters, the company's admission that it has currently reached only 50% of its normal seasonality labor demand means that its factories are actually operating at 25% capacity.

Liu said most clients' new product development and manufacturing qualification processes had not been affected by the coronavirus.

Foxconn has been cautiously raising production at its manufacturing facilities across China, despite fears that its labor-intensive work environment -- which house hundreds of thousands workers -- might aid the spread of the virus.

"The company's priority now is to carefully resume work rather than aggressively pick up the production pace," a person familiar with Foxconn's situation told the Nikkei Asian Review.

The company even appointed Zhong Nanshan, China's top respiratory specialist and member of the Chinese Academy of Engineering, to serve as chief consultant to the company to help ensure that its workforce was adequately protected.

Liu told investors that if there were any confirmed cases at any of its production facilities, then the company would immediately quarantine all employees who had been in contact with the infected staff member and would disinfect the production line.

Liu said it would not be necessary to shut down or quarantine the entire factory as most companies first feared several months ago.

Overall, Liu said demand could bounce back in the second quarter, setting up a recovery in the three months to June.

He said the spread of the coronavirus to other parts of the world had not had a major impact on global demand as of now.

"Still, in a worst case scenario, that could cause very big impacts to electronics demand and the global economy," Liu said. "But as of now, we don't expect the worst to happen."

Foxconn's plan to diversify its production capacity outside China, from the current 25% to 30% level, will continue amid the coronavirus threat, Liu said.

"The ongoing trade tensions together with the epidemic outbreak reinforce some of the clients' thinking for risk management for the longer term."

As of Tuesday, the epidemic had continued to spread across Asia, Europe, the Middle East and the Americas, resulting in over 90,000 people infected and more than 3,000 deaths.