From marathons to job fairs, Japan pushes back events 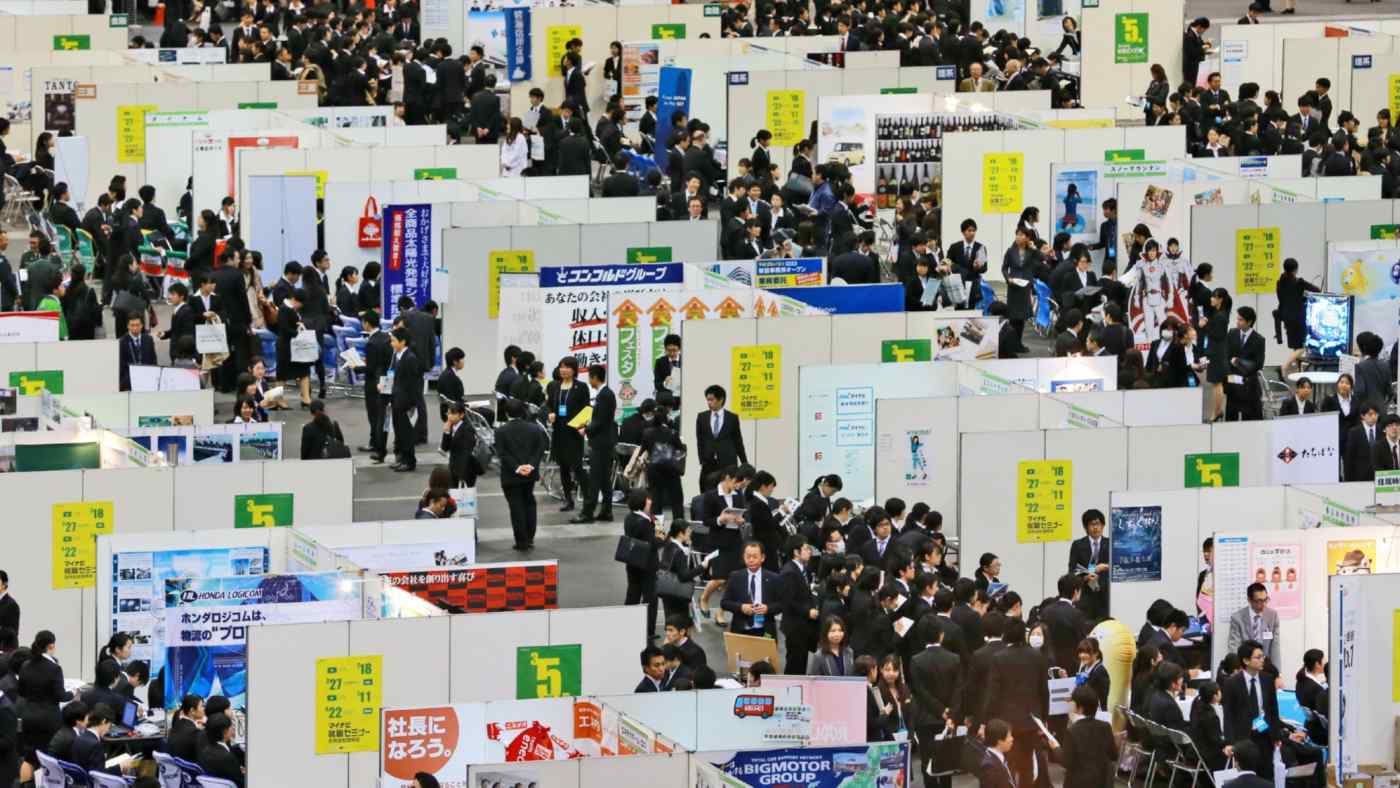 Job fairs for college students are common this time of year in Japan, but the coronavirus outbreak has thrown a wrench into the  recruitment schedule. (Photo by Hirofumi Yamamoto)
GO SAKURAI, Nikkei staff writerFebruary 21, 2020 06:53 JST | Japan
CopyCopied

TOKYO -- A wide range of events in Japan, from job fairs to marathons, are either being canceled or scaled back as the government urges caution in holding large gatherings that could exacerbate the coronavirus outbreak in the country.

Staffing agency Recruit Career on Thursday canceled job fairs scheduled next month in 44 of 47 prefectures for students graduating in spring 2021. "A total of 30,000 to 50,000 students and 5,000 companies will be affected," the company said.

Individual companies are also adjusting their recruitment schedule. Sony canceled two recruitment events over the past weekend in Tokyo, and will stream the planned presentation instead as early as this month. MUFG Bank has postponed information sessions in Tokyo and Osaka scheduled for next month.

"We worry that the timeline for recruiting new graduates would get pushed back," said Akio Mimura, chairman of the Japan Chamber of Commerce and Industry.

Japan has the second highest COVID-19 patient count with 85, trailing only China. If people who got infected on the Diamond Princess cruise ship docked at Yokohama are included, the count rises past 700.

The Health Ministry on Thursday requested organizers to reevaluate the necessity of large events. "This is a key moment for preventing the virus from spreading, and I ask citizens for their cooperation," Health Minister Katsunobu Kato said. The ministry, however, stepped short of issuing an advisory again large gathering.s

Ritsumeikan Asian Pacific University said Thursday it will cancel its March graduation ceremony for the first time in its history. "Health is our number one priority," university president Haruaki Deguchi said.

The Japanese Trade Union Confederation, the umbrella organization of Japan's labor unions, also said it will cancel a more than 1,000-person meeting on March 3 related to the annual spring wage negotiations going on across the country. Many unions are supposed to receive an answer from employers on March 11, but the date may be pushed back depending on the situation.

The impact is spreading to sports events as well. The Nagoya Women's Marathon on March 8, which will determine who takes the final slot in Japan's Olympic team this year, will now be limited to elite runners only. The Tokyo Marathon on March 1, the qualifier for the men's team, has already blocked general participants.

On the other hand, J-League does not plan to cancel or postpone soccer games through Sunday. It is urging fans who attend matches to wash hands and wear protective masks.

In the political arena, the Liberal Democratic Party is expected to announce as early as Friday that it will postpone its March 8 party congress indefinitely. The last time the congress was delayed was 1995 after the Great Hanshin earthquake.

About 3,000 were expected to attend. The party will consider a new date once the outbreak is under control.