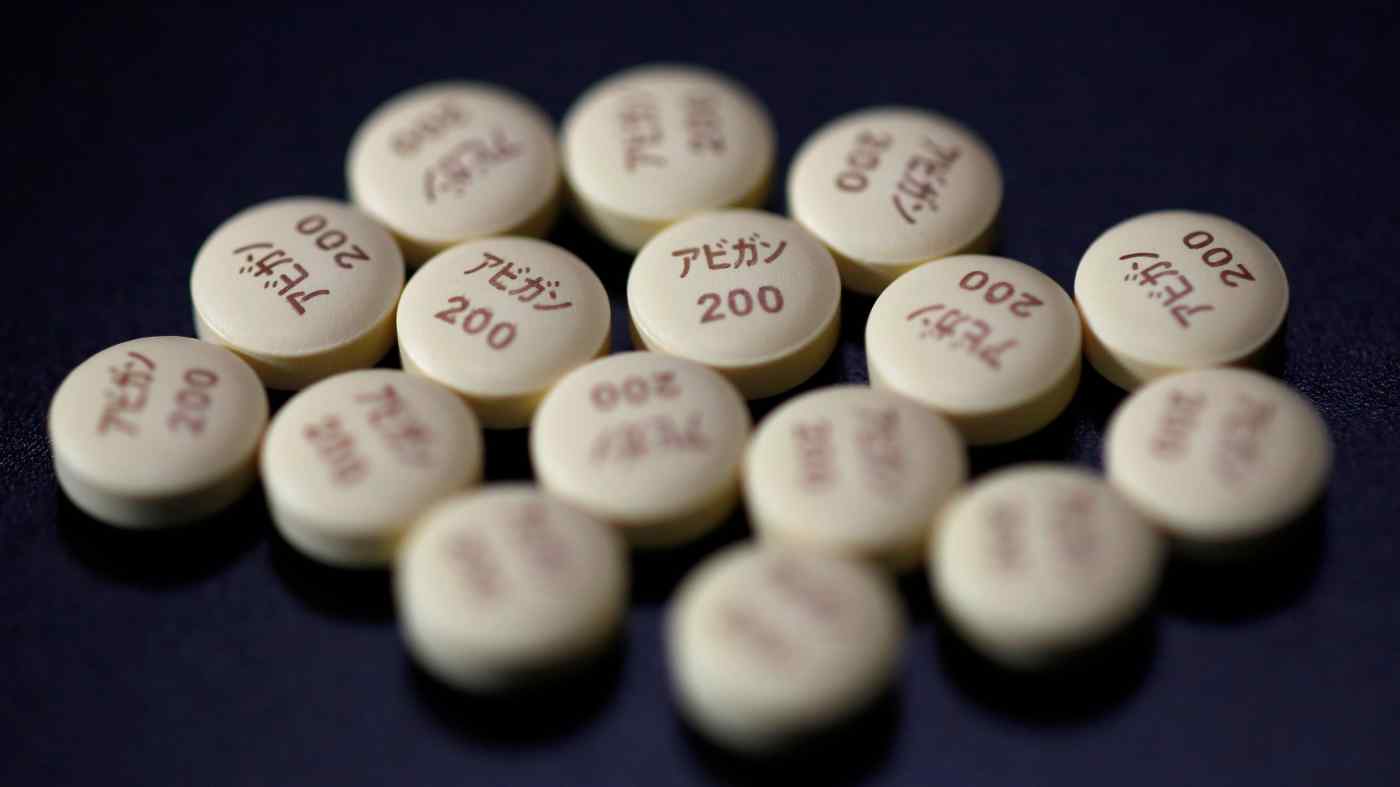 Flu-fighting drug Avigan may see a second life in Japan as a COVID-19 treatment with a new trial set to begin in April.   © Reuters
Nikkei staff writersFebruary 21, 2021 01:08 JST | Japan
CopyCopied

TOKYO -- Japan's Fujifilm Holdings will restart a clinical trial for its flu-fighting drug Avigan to treat Japanese COVID-19 patients as early as April, Nikkei has learned, giving new life to the medication that had been seen as a potential game changer in the early stages of the pandemic.

Avigan, which has already been approved in India and Indonesia for emergency use to treat COVID-19 patients, could not win the green light in Japan last year after a health ministry expert board postponed a decision in December.

In Japan, two drugs -- remdesivir for pneumonia and dexamethasone for severely ill patients -- developed by U.S. company Gilead Sciences have been approved as COVID-19 drug.

If Avigan is approved, it will be the first drug targeting mildly ill patients. Avigan cannot be used on pregnant women, since it has been found to possibly affect the fetus.

Fujifilm had conducted clinical trials in Japan from March to September last year, but there was criticism that doctors knew which patients received the drug and which received a placebo. The health ministry said it was difficult to clearly determine Avigan's efficacy from the available data. If there is additional clinical trial data, it will be deliberated, the ministry suggested.

For the new round of trials, Fujifilm is consulting with the Ministry of Health, Labor and Welfare on the scope and methods. It is expected to be conducted on patients with mild symptoms who are 65 and older as well as mildly ill patients 50 and older who have existing health conditions such as kidney disease and diabetes.

The trial will divide patients who receive Avigan and those who receive placebo to confirm efficacy.

Fujifilm plans to seek approval again in October when the new trial is expected to end. A government process will most likely follow that.

Avigan has already been used in nearly 1,000 medical institutions to treat the coronavirus in a framework called observational study.

If approved, the drug would be used in a wide range of medical institutions. If the supply of therapeutic drugs increases, along with the vaccine rollout in Japan this month, more advanced medical countermeasures will be available to fight the virus, which has killed more than 2.4 million people and infected more than 110 million worldwide.

This time, the trial will be carried out in such a way that both doctors and patients will not know who is administered the drug or a placebo. The number of clinical trial participants will be about 270.

Generics of Avigan have been approved in some countries including India, China and Russia, but most European countries, and the U.S., have not given approval. Fujifilm hopes that it could promote the drug overseas once it is approved in Japan.

However the clinical trial in Japan could face hurdles. Last year's trial was scheduled to end in June, but a decrease in patients and a heavy workload on hospital staff caused a shortage of test patients, forcing the trials to drag on until September. The same could happen again this year, depending on how the nation's infections change. Data analysis and approval procedures after the clinical trials will also take time.