HK officials to quarantine ahead of Xi handover anniversary visit 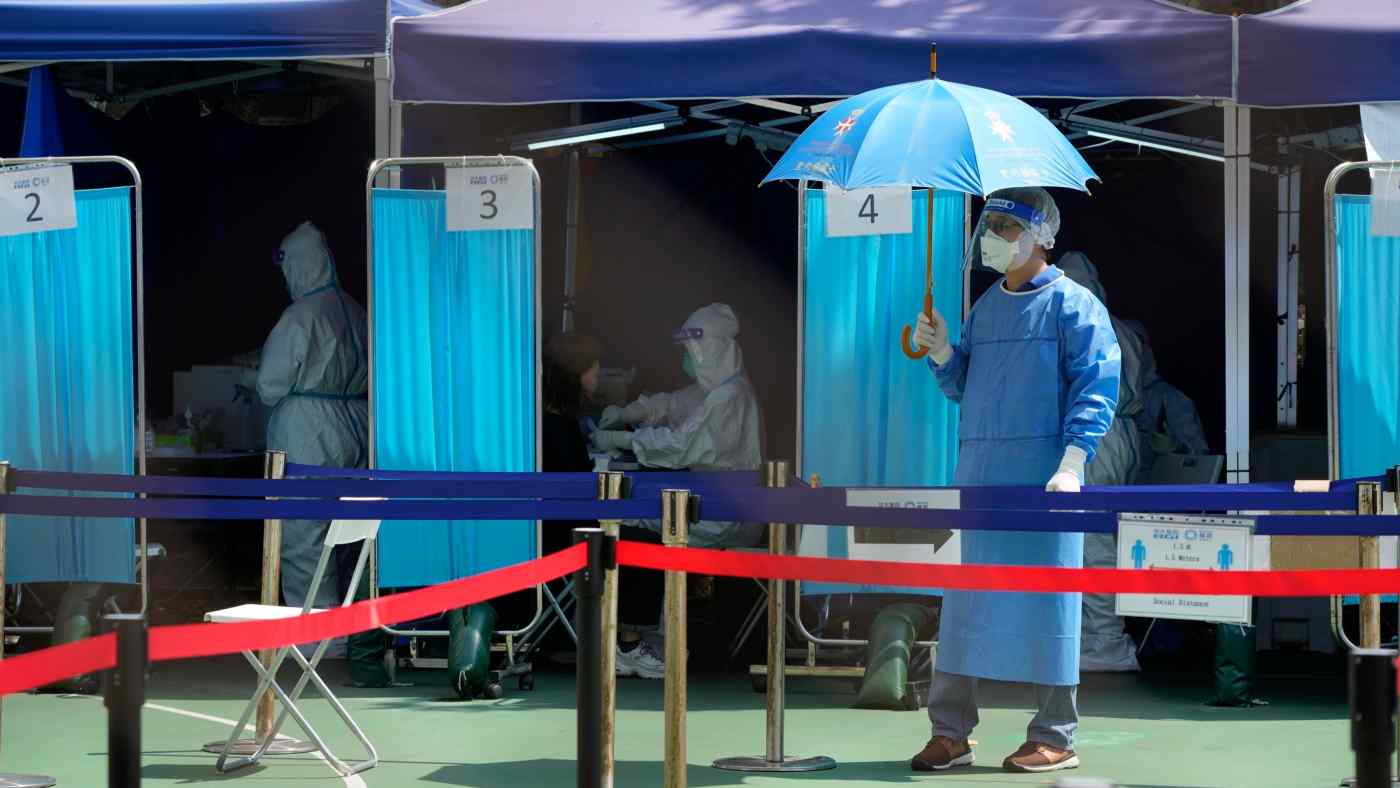 HONG KONG -- Dozens of Hong Kong lawmakers will be required to take daily COVID-19 tests and quarantine ahead of an expected visit next week by Xi Jinping for the 25th anniversary of the city's handover to Beijing.

The trip by the Chinese leader would mark his first outside the mainland in more than two years as he has presided over a signature zero-COVID strategy aimed at quashing virus outbreaks with mass lockdowns, testing and quarantines.

Earlier this year, Xi scolded Hong Kong's government for its handling of the city's worst virus outbreak and called for tighter restrictions to bring down infections that topped 70,000 a day at their peak.

The measures outlined in an email invitation Monday call on 90 city lawmakers to take daily tests from Thursday and quarantine in a hotel one day before the July 1 anniversary of the former British colony's handover to China in 1997.

Local students from a school run by a pro-Beijing group -- tasked with welcoming Chinese state leaders -- will also have to quarantine for a week before the ceremony, and the measures require legislators' relatives and staff to take daily virus tests starting this week.

As many as 1,000 people, including Hong Kong Chief Executive Carrie Lam, will be quarantined, the South China Morning Post reported, citing unnamed sources.

A source told Nikkei Asia that Lam's schedule was being cleared from Thursday, although it was still unclear if she would have to undergo a quarantine.

The invitation, issued by Hong Kong's Home Affairs Bureau, warned lawmakers not to attend public gatherings or events in the lead-up to the anniversary.

Last week, outgoing city leader Lam said her government was working to create a safe environment for any visit by Xi and other Chinese state officials, although she declined to confirm their attendance.

One lawmaker said the strict measures were crucial for any visit to happen, as Hong Kong's infections topped 1,000 cases on Sunday, the fourth day in a row.

"These measures will create favorable conditions for the arrival of officials," said Edward Leung Hei, a legislator for the pro-Beijing party Democratic Alliance for the Betterment and Progress of Hong Kong. "As long as the case numbers don't keep going up, I think that a visit by (Xi) is still likely."

The financial hub has been loosening virus restrictions in recent months.

Among the official events next week, Hong Kong's new leader John Lee and his cabinet will be sworn in. Chinese presidents have attended the inauguration of every Hong Kong Chief Executive since the 1997 handover.

Ahead of the anniversary, red banners that read "celebrate the handover" and "starting a new chapter" have sprung up across Hong Kong, which has seen a sweeping crackdown on dissent since Beijing imposed a national security law on the city two years ago.