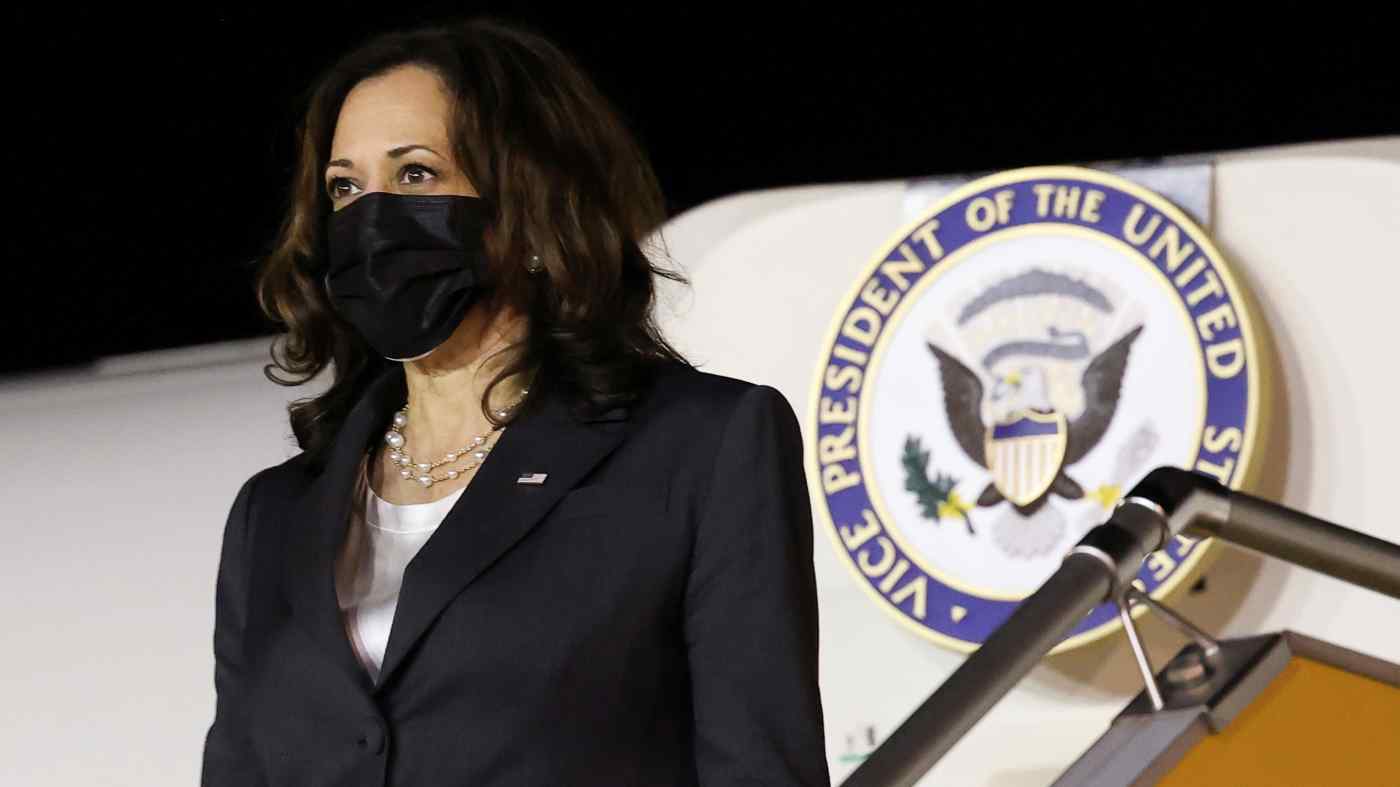 HANOI -- U.S. Vice President Kamala Harris on Wednesday will open an office of America's Centers for Disease Control and Prevention in the Vietnamese capital as the Southeast Asian nation scrambles to suppress deadly COVID-19 outbreaks in its economic hub of Ho Chi Minh City.

The opening of the Southeast Asia Regional Office of the CDC is scheduled to be announced in the afternoon following Harris' meeting with Vietnam President Nguyen Xuan Phuc and Prime Minister Pham Minh Chinh.

The vice president will attend an opening ceremony with U.S. Secretary of Health and Human Services Xavier Becerra and CDC Director Rochelle Walensky, as well as deputy prime ministers and health ministers from several countries.

"The new regional office will strengthen the CDC's ability to meet the mission of protecting Americans and people of the region by responding more rapidly to health threats wherever they occur and building key relationships to tackle shared health priorities," the U.S. Embassy in Hanoi said.

The plan to set up the office in Hanoi was first announced by Washington last September, when Hanoi hosted a meeting of the Association of Southeast Asian Nations. Vietnam's containment of the coronavirus early on in the pandemic was still seen as a success story back then.

But the actual debut comes as the virus rages 1,600 km to the south by car in Ho Chi Minh City, Vietnam's largest city. In response to rising COVID-19 deaths, Vietnam's government has announced strict measures in the city that will start Monday and run until at least Sept. 15.

The highly contagious delta variant has been seen as the culprit behind the rising death rate, the ratio between confirmed deaths and infections. The rate in Vietnam stood at 4.05% on Monday, well over Thailand's 1.23%.

On Monday, Hanoi started to deploy 35,000 personnel, including thousands of troops, medical officers and health care workers, in a bid to enforce restrictions on movement in the southern commercial hub. Mobilizing such significant numbers of troops under the command of Hanoi in Ho Chi Minh City has no precedent since the Vietnam War ended on April 30, 1975.

Soldiers armed with machine guns were seen at random points in the city. A group of soldiers were working with local volunteers to deliver food to the districts locked down to enforce social distancing. The Ministry of Public Security vowed to mobilize more forces to collaborate with the army "to keep the order" during the lockdown period. A soldier checks identifications in Ho Chi Minh City on Aug. 23. Vietnam's largest metropolis is under a strict lockdown order to help curb the recent outbreak of the pandemic. (VNA via AP)

The move followed the replacement of Nguyen Thanh Phong, chairman of the local People's Committee on Friday.

During the 46 years since the end of the Vietnam War, the central government in Hanoi, where the Communist Party is headquartered, and Ho Chi Minh City, the economic engine of the country, have maintained a delicate power balance. But the pandemic has pushed Hanoi to step into the city.

Hanoi is becoming nervous about media reports and social media posts as some local observers and netizens put the blame on the government for the health crisis in the south. Some accuse Hanoi of forcing Ho Chi Minh City to pursue the "dual goals" of keeping businesses rolling while controlling infections -- a tall order given the spread of the delta variant.

"It is widespread knowledge that senior local officials have complained the city could not decide on its own to take any measures to curb the outbreak, but instead had to follow the orders of the central government," Dang Tam Chanh, a Ho Chi Minh City-based political analyst told Nikkei Asia.

Political experts, local journalists, and activists warn that people in the south could stage protests similar to those in Myanmar, Thailand and Cuba. "Hanoi wants to make sure to put things under control," Chanh told Nikkei.

Hanoi has signaled a readiness to used its emergency powers to clamp down on local media. The press bureau under the Ministry of Information and Communication on Tuesday issued reporting guidelines that call for "honest, objective and supportive context to help the central and local authorities manage and solve problems."

The bureau also asked media to avoid reports that would discourage foreign investors from maintaining their business activities in the country.

Bracing for possible COVID-induced social unrest in the south, the National Assembly in July approved a resolution that gives Chinh and the government centralized power for swift decision-making.

The government is able to skip some steps while creating new legal frameworks to fight COVID-19. The prime minister can impose special measures on communications and take other steps in a state of emergency to prevent the spread of the disease in a timely manner, state media reported.

Harris' visit to Hanoi also comes amid rising tensions between the U.S. and China. In Singapore, her first stop of Asian trip, she sharply criticized China's actions in the South China Sea.

By contrast, Chinh had a restrained message on Tuesday for Vietnam's giant northern neighbor.

"The prime minister affirmed that Vietnam adheres to an independent, self-reliant, multilateral, and diverse foreign policy and is a responsible member of the international community," the Vietnamese government said after Chinh received Chinese Ambassador Xiong Bo in Hanoi on Tuesday.

"Vietnam does not align itself with one country against another," Chinh said.