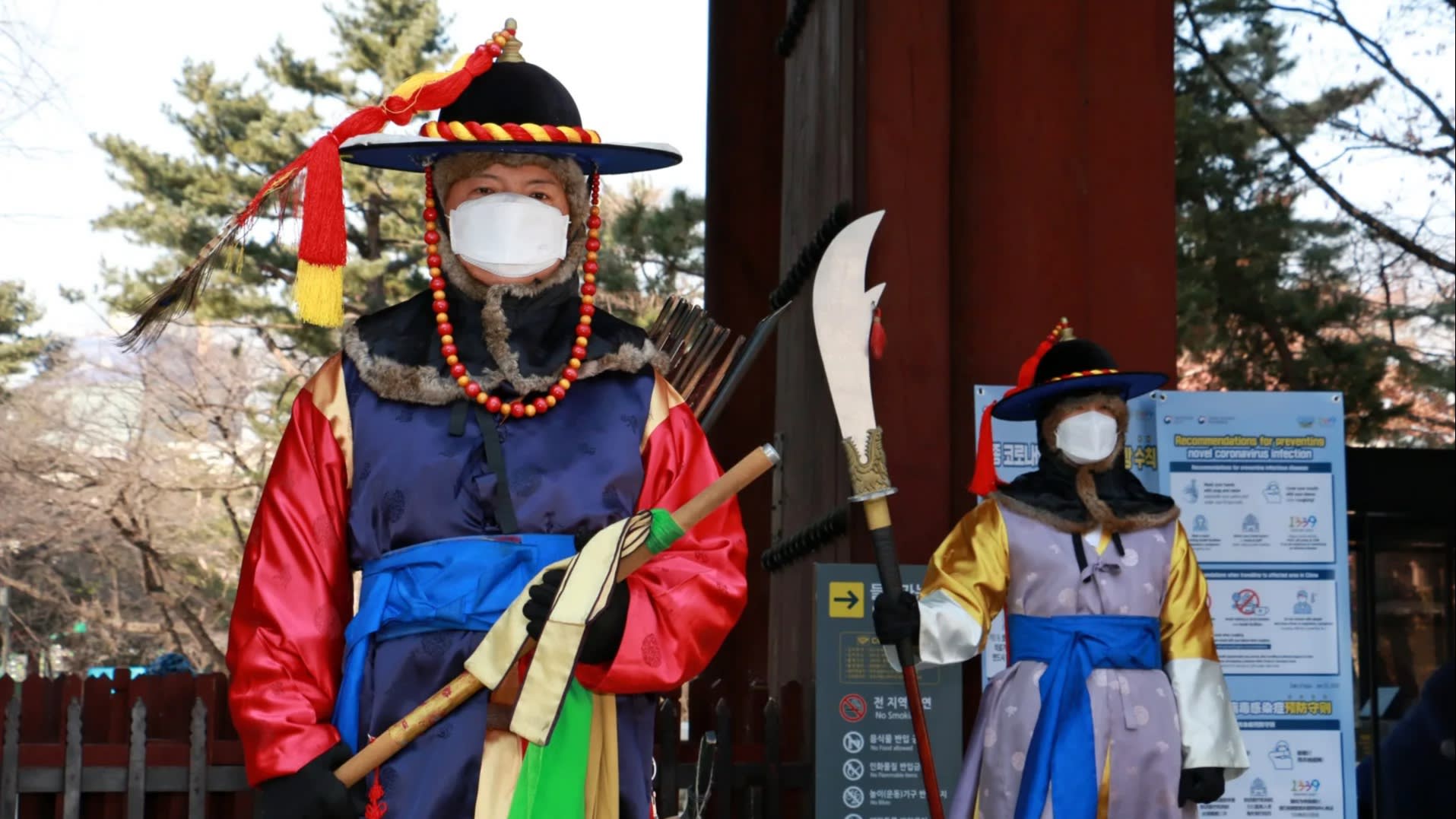 SEOUL -- South Korean President Moon Jae-in, already hard-pressed to prevent the spread of deadly coronavirus in the country, is facing another kind of outbreak -- a rise in anti-Chinese sentiment among the terrified South Korean populace.

The "hate China virus" could end up being as harmful as the epidemic that is threatening to put a crimp on the nation's economy.

And the Moon administration, if it allows the wave of hatred toward Chinese to continue growing, could find itself in a political maelstrom.

One sign of Sinophobia recently came from a labor union of workers hired by a company called Woowa Brothers for its popular Baedal Minjok food delivery service. On Jan. 28, the union, called Baemin Riders, demanded that the company ban deliveries to areas with a high concentration of Chinese or at least offer hazard pay. The union said the spread of the virus, which originated in the Chinese city of Wuhan, is raising concerns about health hazards among delivery workers who have to come in contact with many people.

More than 1 million Chinese live in South Korea. Many of them are Korean Chinese who immigrated from China looking for higher living standards. There are a handful of areas densely populated by Chinese people in Seoul, the nation's capital. Chinese also account for by far the largest portion of foreign tourists visiting South Korea. In 2019, some 6 million traveled to the country, twice as many as Japanese visitors.

When the union's demand was criticized as blatant discrimination against Chinese, the Korean Federation of Service Workers' Unions, the umbrella organization the Baemin Riders union belongs to, published an apology on its official Facebook page, saying, "We feel a grave sense of responsibility for the hate speech made by a small number of people in the federation and offer an apology to any individuals who have been hurt." A banner reading "No Chinese Entry" flies in front of Gyeongbokgung Palace, a popular tourist destination, in Seoul on Feb. 3. (Photo by Sotaro Suzuki)

On the same day, the company issued a statement saying that what is important now is to support individual workers' hygiene management efforts, denying it was considering a ban on deliveries to specific areas or provision of hazard pay.

As of Monday morning, a total of 27 confirmed cases of infection with the coronavirus had been reported in South Korea. The situation is not being described as an epidemic yet.

But South Koreans are alarmed by the coronavirus as they are still haunted by memories of the Middle East Respiratory Syndrome (MERS) epidemic, which killed 38 in the country in 2015.

The strong manifestation of fears and deep-rooted hostility toward Chinese among many South Koreans has been depicted by South Korean media as an outbreak of a "hate China virus."

After the system was installed, China sharply reduced group tours to the country, leaving many tourist spots deserted. The THAAD interceptor is designed to shoot down ballistic missiles from North Korea over parts of South Korea, but Beijing criticized it, saying the system's X-band radar threatens its national security. Activists protest in front of the Chinese Embassy in Seoul, on Feb. 4. The sign urges China to disclose more information on "the horrifying, murderous Wuhan pneumonia." (Photo by Sotaro Suzuki)

South Korea's leading retail conglomerate, Lotte, which provided the land for the missile-defense system, was brutally bullied by China. It was forced to withdraw its supermarket business from the country after dozens of its stores there were ordered by the authorities to suspend operations on grounds that they had failed to pass fire-safety inspections.

On Feb. 4, a conservative citizen group staged a demonstration in front of the Chinese Embassy in Seoul's Myeongdong shopping district, with participants demanding that China publish information about the "terrifying killer pneumonia" so as to ease concerns worldwide.

A restaurant in Seoul temporarily posted a sign on its storefront saying, "No Chinese Allowed," although it was removed immediately.

More than 680,000 South Korean citizens have signed an online petition urging the presidential office to ban Chinese nationals from entering their country. "Even North Korea is banning Chinese from entering," the South Korean petition read. The government has to respond to any petition that gathers more than 200,000 signatures, but it has yet to make any response to this one.

In a survey by a South Korean online media site, 76.9% of the respondents supported a total ban on Chinese entry into the country.

The country's opposition camp is using the "hate Chinese virus" as ammunition to attack the Moon administration. The spokesman for the conservative opposition Liberty Korea Party on Wednesday called for a "determined step" to prevent the spread of the virus in the country, warning that the government should not be trying to avoid displeasing China at the risk of the lives and safety of the people.

The Moon administration is facing the risky challenge of walking a political tightrope. On Tuesday, South Korea started banning entry to all foreigners who had visited Hubei Province, where Wuhan is located, in the past 14 days. Not all South Koreans are anti-Chinese. A restaurant in Myeong-dong, another popular tourist destination for Chinese, posted a sign showing solidarity with people in Wuhan, China, the center of the coronavirus outbreak. (Photo by Sotaro Suzuki)

Since the death rate among patients infected with the new coronavirus is not high except in Wuhan and there has been no case of severe conditions in South Korea, Seoul has no plans to impose any stronger travel restrictions on foreigners, at least for the time being.

A total entry ban on all Chinese nationals would inevitably poison further the country's already strained relationship with China. Seoul has been in talks with Beijing for Chinese President Xi Jinping's visit during the first half of this year and is reluctant to take any step that could ruffle Chinese feathers.

Economically, South Korea is heavily dependent on China. Serious disruptions in the flow of people and goods across their border would deliver a heavy blow to the floundering South Korean economy.

But Moon would also run a huge political risk by turning a deaf ear to public calls for turning away Chinese tourists. If the number of coronavirus cases increased sharply after the government refused to impose an entry ban on Chinese tourists, Moon could face accusations that he put the country's relationship with China before the lives of its people. That could bring an end to his political career.

Moon must be shuddering at the thought that he could face the same fate as his predecessor, former President Park Geun-hye, who was removed from office through impeachment after a disastrous response to the sinking of the ferry Sewol, which killed 304 in 2014.

In a meeting on Feb. 3, Moon stressed the importance of cooperation with China in tackling the public health challenge. "China's hardship leads to our own hardship. We will work together with China in overcoming this emergency," he said.

Moon is seen almost daily inspecting various affected sites wearing a yellow protection outfit. His behavior reflects the fear that he could follow the nation's now imprisoned former leader's footsteps if he mishandles the current situation.