Venues overwhelmed as officials try to administer 836,000 jabs in one week 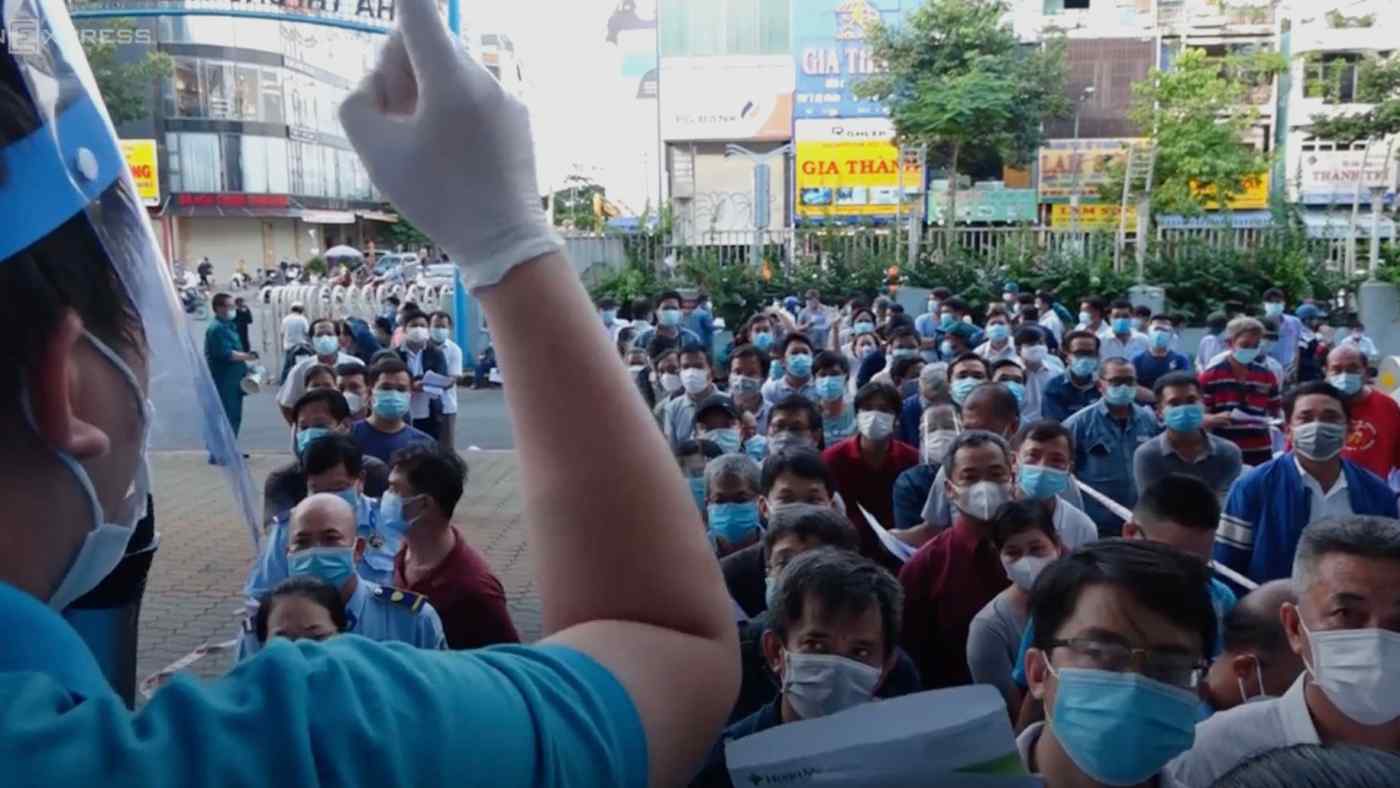 HANOI -- One of the key COVID-19 vaccination sites in Ho Chi Minh City, Vietnam's southern commercial hub, was overwhelmed on Friday as tens of thousands of people rushed to get their shots.

Crowds formed in different venues across Vietnam's largest city, triggering fears of a spike in infections.

On Friday, long lines were seen outside key vaccination sites, with thousands of citizens waiting their turn.

The chaos started to emerge earlier this week after the central government in the capital Hanoi ordered the city to speed up vaccinations.

Hanoi's directive came as Vietnam struggles with its vaccination drive. As of Friday, the country had inoculated only 2.9 million people out of its population of 100 million, according to the health ministry, which has been stymied by global vaccine shortages and a limited number of health workers.

Ho Chi Minh City responded to Hanoi's order by organizing a mass vaccination drive starting on June 21, with the goal of administering 836,000 doses. The city's health department hopes to complete the injections by Saturday.

On Friday, the city's health department said that the city had vaccinated 438,502 people since the drive began. On Thursday, they administered 172,930 doses and on Friday 180,000.

But the rapid pace of the vaccination program has caused a breakdown in social distancing rules imposed in May. Under the restrictions, people were asked to stay at least 1.5 m away from each other and banned gatherings of more than 10 people.

Since early May, Ho Chi Minh City has been struggling to contain community infections. On Friday, the city detected 667 new suspected COVID-19 cases over 24 hours.

After mass vaccinations began, overcrowding became apparent as more than 9,000 citizens on Thursday visited Phu Tho Stadium, one of the key venues.

On Friday, citizens were forced to stand in line for hours under a hot sun, and many vaccination sites were packed. Still, authorities pressed ahead.

"The way of organizing vaccinations needs to be reviewed," said a post on VnExpress, a local news website. "If someone at a vaccination site is infected, the consequences could be huge."

"Vaccinations are needed for individual immunity," said Dr. Pham Thang, an emergency care physician. "To achieve herd immunity, a certain number of the population need individual immunity. But with the crowds we have seen recently, it is nearly impossible to avoid catching the disease."

Ho Chi Minh City said on Friday it is working to fix the issues over the vaccinations, acknowledging the program in the past few days was problematic.

The congestions were due to the high pace of daily injections, Tu Luong, Deputy Director of the Department of Information and Communications told media.