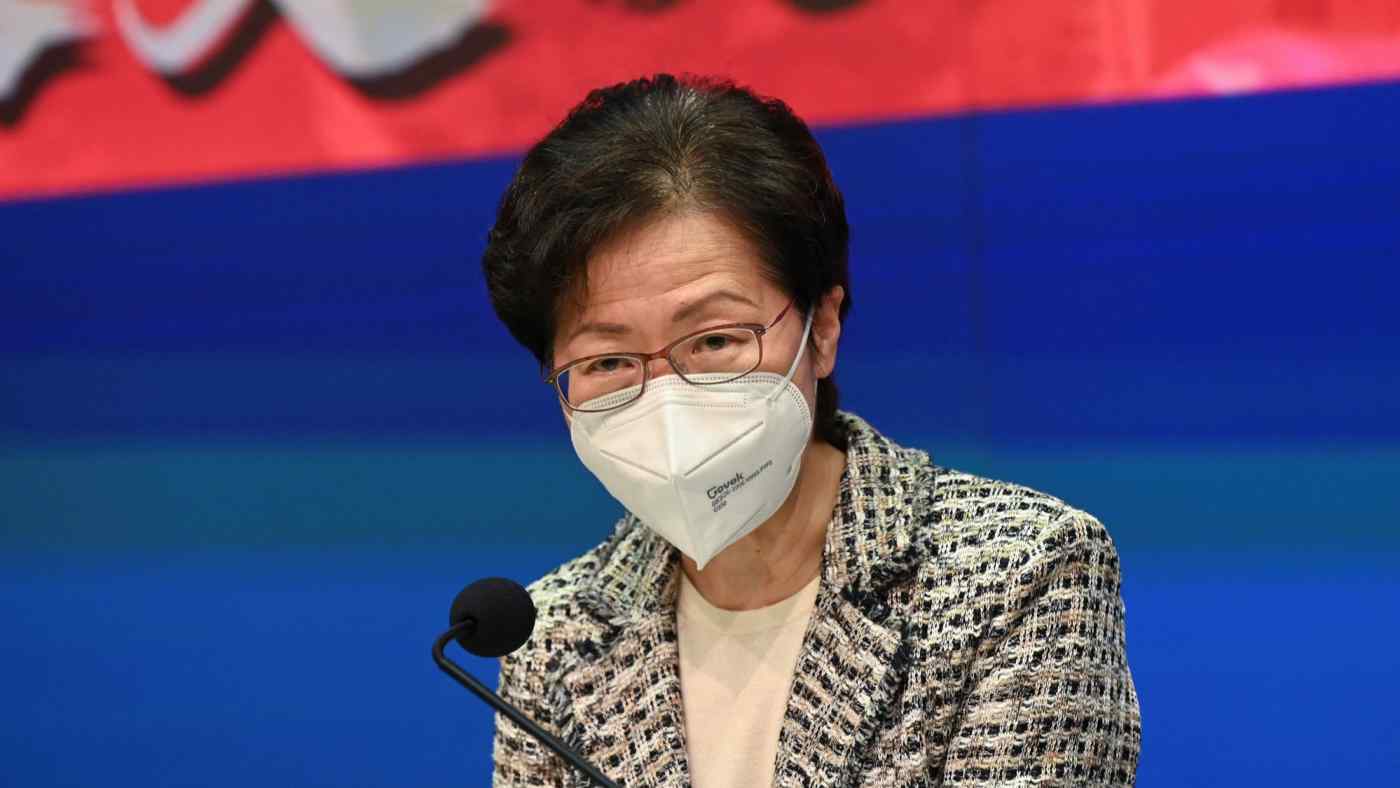 "At this moment, we could not comfortably say that we have past the peak," Lam told reporters.

Lam added that fresh food supplies from mainland China had largely been restored to previous levels, after panic buying by the public in recent weeks had seen some supermarket shelves emptied on a daily basis.

Hong Kong, like mainland China, has adopted a "dynamic zero" strategy that seeks to curb infections with strict mitigation measures, even as most other major cities learn to live with the virus. China and Hong Kong's approach has been severely tested by the fast spreading Omicron variant.

Hong Kong registered the most deaths per million people globally in the week to March 9, according to data publication Our World in Data. Most have been unvaccinated senior citizens.

A senior Chinese official overseeing Hong Kong affairs, Xia Baolong, who has been helping coordinate China's response to aid Hong Kong in trying to contain the outbreak, was cited by the China News Agency as saying the city's COVID-19 situation was still severe and to adequately prepare oneself mentally for this "long-term war."

He added that the government needed to do carry out its anti-epidemic work in a precise manner like "acupuncture" and to strengthen interdepartmental coordination.

Responding to the remarks, Lam said "I can assure him ... that we are putting in every effort to fight this epidemic," while dismissing the view that the Hong Kong government wasn't working effectively and in unison to battle the outbreak.