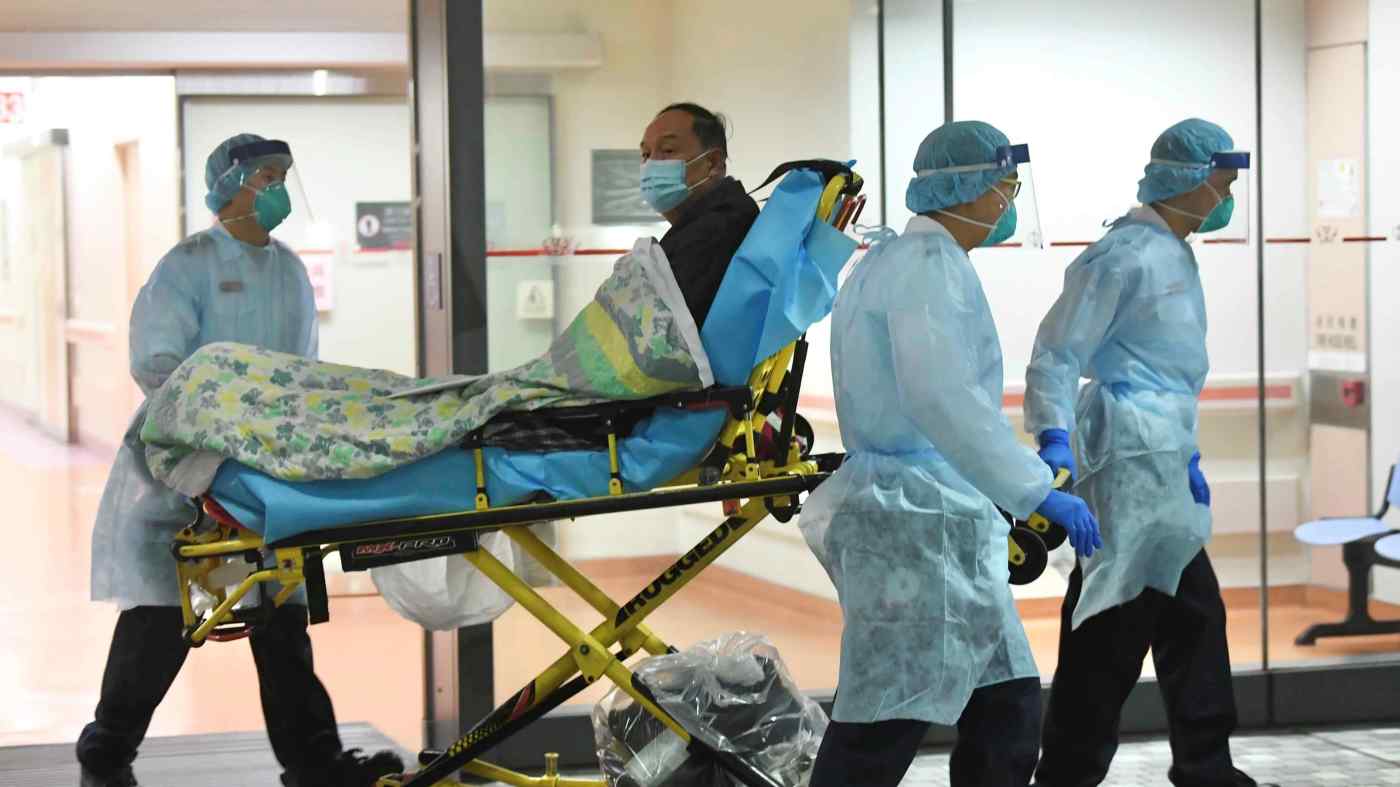 HONG KONG -- Hospital workers here have decided to go on strike starting Monday to pressure the city into sealing the border with mainland China as a step against the deadly new coronavirus.

Hong Kong officials already bar the entry of residents of China's Hubei Province -- where the epidemic started -- under a Jan. 4 action plan. The semi-autonomous Chinese city has also taken other steps to reduce inflows of mainlanders.

The measures do not go far enough for a hospital employees' union whose demands include a full shutdown of the border.

Members voted overwhelmingly over the weekend in favor of a multiday strike. Around 9,000 hospital workers, mainly nurses, have reportedly pledged to join. A growing number of nurses are calling in sick at public hospitals, according to local media.

Roughly 140,000 mainland Chinese per day cross into Hong Kong. The city reported 14 coronavirus patients as of Sunday, more than half of them mainlanders.

Hong Kong reported 299 deaths from severe acute respiratory syndrome before the outbreak ended in 2003. Its response to the new coronavirus has generally been panned by residents.

A 23-year-old legal worker pointed to loopholes in the countermeasures and harshly criticized its border controls.

Hong Kong has shut down six of 14 border crossing points, but only 11% of travelers use them, according to a local newspaper. More than 70% of Hong Kongers favor completely closing the border with the mainland, a late-January survey shows.

Increased medical tourism by mainlanders in recent years is blamed for a doctor shortage. Now the concern is that coronavirus patients will travel here to receive advanced care.

The strike comes on top of months of protests against the government and has gone viral on social media platforms favored by activists.

Protesters have firebombed an empty apartment complex designated as a planned quarantine zone for those who have come into contact with coronavirus patients. Deeply rooted distrust of the Communist Party-ruled mainland has colored Hong Kongers' reaction to the outbreak.

"Why has the novel coronavirus become such a big problem?" activist Agnes Chow recently tweeted in Japanese. "It's because the Chinese authorities tried to hide the truth at the outset."

Increased mainlander traffic into Hong Kong can be traced to the SARS epidemic. China lifted restrictions on individual travel to the city as an economic shot in the arm.

The resulting influx of mainland visitors did provide a boost but also created some frictions, such as over bulk purchases of daily goods by the tourists. Now, a misstep by the Hong Kong authorities risks further inflaming local anti-China sentiment.