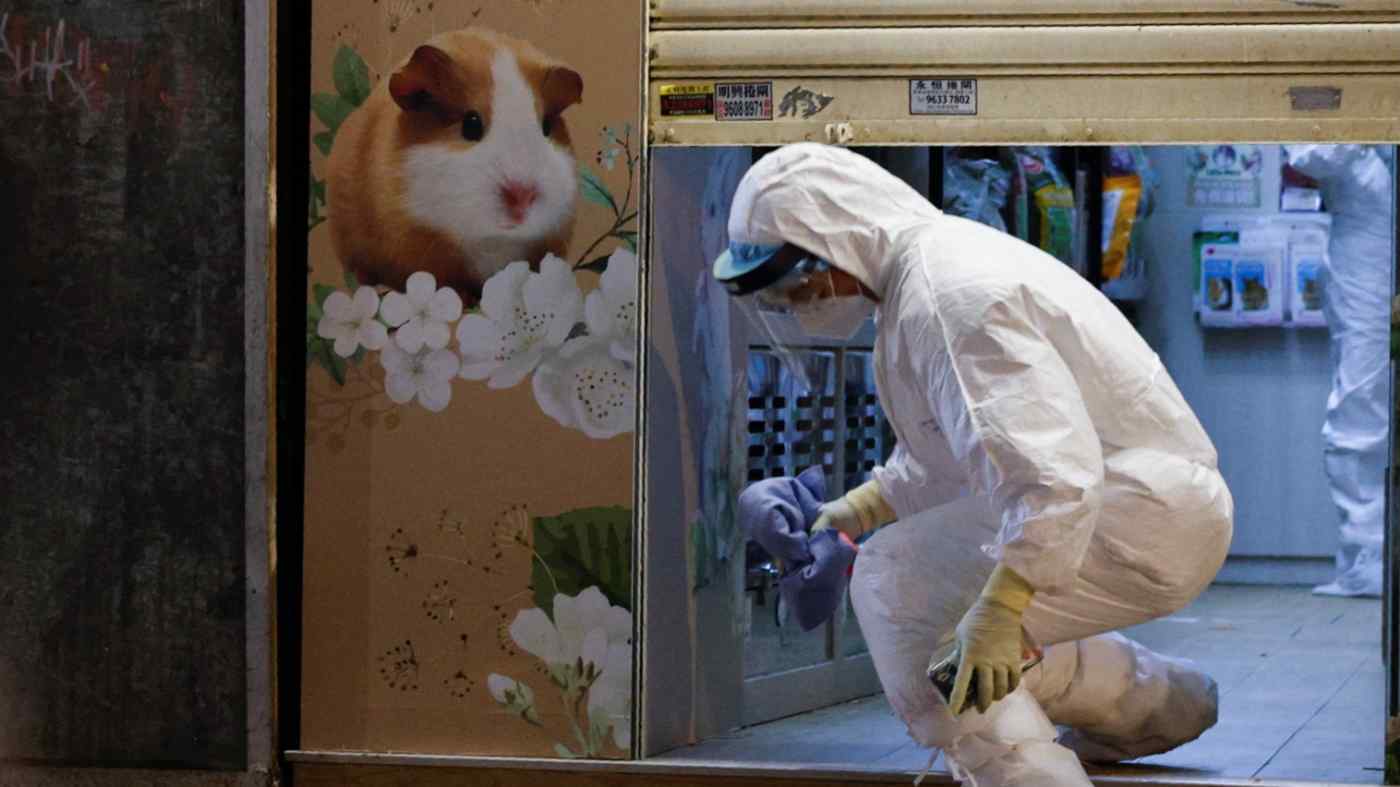 A Hong Kong wildlife officer leaves a pet shop on Jan. 18 after the city government planned to euthanize hamsters, which are suspected of animal-to-human transmission of COVID-19.   © Reuters
January 21, 2022 13:19 JST | Hong Kong
CopyCopied

HONG KONG (Reuters) -- Hong Kong police will deal with pet lovers who try to stop people giving up their hamsters to be put down, or who offer to care for abandoned hamsters, authorities said, after they ordered a cull of the cuddly rodents to curb the coronavirus.

On Tuesday, officials ordered the killing of about 2,000 hamsters from dozens of pet shops after tracing a coronavirus outbreak to a worker at a shop, where 11 hamsters later tested positive for COVID-19.

Thousands of people have offered to adopt unwanted hamsters amid a public outcry against the government and its pandemic advisers, which the office of Hong Kong leader Carrie Lam called irrational.

The Agriculture, Fisheries and Conservation Department (AFCD) said any effort to try to save hamsters would be dealt with, even if that meant calling in the law.

"If the people concerned continue with such action, or fail to return the hamsters taken away, the AFCD will stringently follow up and hand it over to the police for handling," said the department, which has also advised people not to kiss pets.

The government has said the animals are being humanely dispatched and called on all sectors of society to unite to fight the spread of coronavirus.

Around the world, there have been coronavirus cases in various animals including dogs and cats, though scientists have said there is no evidence animals play a major role in human contagion with the coronavirus.

The Hong Kong government has said it cannot take any chances.

Unlike many other cities, Hong Kong has maintained a "zero COVID" strategy focused on eliminating the disease, with schools and gyms shut, restaurants closing at 6 p.m. and air travel with many major hubs severed or severely disrupted.

Hong Kong has also been testing rabbits and chinchillas but only the hamsters were positive. They were all imported from the Netherlands, according to broadcaster RTHK.