After direct talks with drugmaker, Suga says first doses will come in February 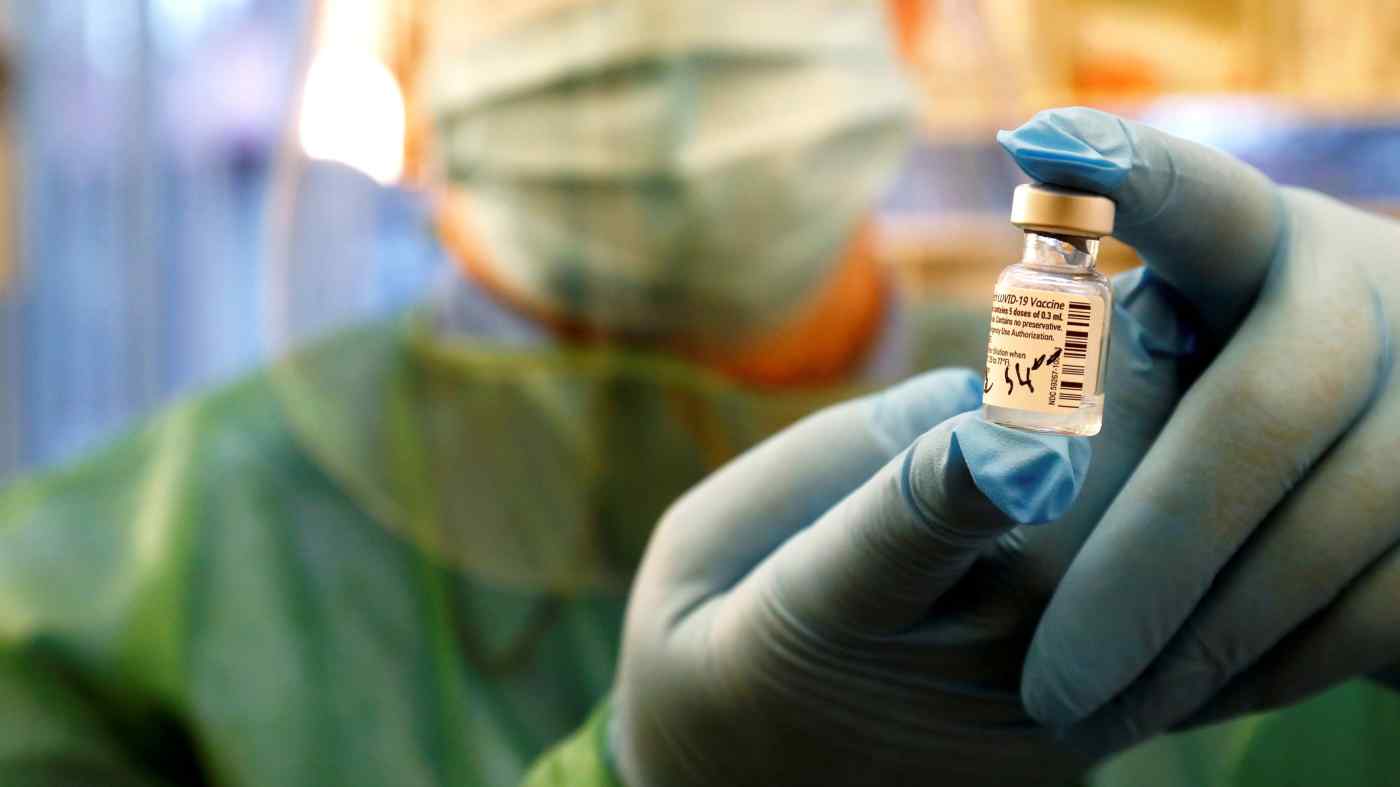 TOKYO -- In mid-December, the Japanese Embassy in Washington received a phone call from the prime minister's office in Tokyo.

Start negotiating as soon as possible with Pfizer's U.S. headquarters, was the conveyed message.

The goal was to gain access to the American company's clinical trial data required for approval in Japan.

The direct call to the overseas mission reflected Prime Minister Yoshihide Suga's frustration with the Ministry of Health, Labor and Welfare. The ministry was in talks with Pfizer's Japanese unit at the time, but the two sides had yet to ink any sort of contract.

Concerned the ministry would take too long this time, Suga opted to engage in direct negotiations with the U.S. drugmaker.

On Monday, Suga announced that Pfizer's coronavirus vaccine will become available in Japan by late February. "The entire government will work together to prepare to start administering the vaccine by late February," Suga told reporters.

Following talks with Pfizer, Japan now anticipates receiving the data in January instead of February, which would allow the administration of the vaccine toward the end of that month. Medical workers go first, with elderly people coming next in March. The general population would begin receiving the vaccines in April and beyond.

The government says it intends to secure enough COVID-19 vaccine for the entire population in the first half of 2021. But international competition for vaccine supplies is fierce, as an early start to vaccines is crucial for bringing the pandemic under control.

The COVID-19 shot developed by Pfizer and its German partner BioNTech is already being distributed in the U.K., the U.S. and other countries. Japan is set to receive enough doses to vaccinate 60 million people from Pfizer and 20 million from Moderna by June, as well as doses for another 60 million from AstraZeneca.

The health ministry's wariness of new vaccines stems from its experience with a mumps, measles and rubella inoculation. About 1,800 people nationwide suffered health problems from the vaccine starting in 1989, and Japan's government eventually was ordered by a court to pay damages to the victims. Regular MMR vaccinations in Japan were halted in 1993.

Since then, Japan has provided relatively little assistance to vaccine developers at home. Japanese drugmakers have been months behind overseas rivals like Pfizer in developing a vaccine for COVID-19.

Meanwhile, some countries are weighing more flexible approaches to vaccines, hoping to stretch their supply and quickly curb the spread of the coronavirus.

The U.S. is considering administering one dose of the Moderna vaccine to more individuals instead of ensuring the recommended two doses for each recipient. The U.K. could let patients receive vaccines produced by different manufacturers for their first and second doses under special circumstances.

The Pfizer-BioNTech vaccine requires two doses administered three weeks apart and needs to be stored at roughly minus 70 C. Japan's government has formed a team to handle preparations with logistics providers and regional governments, aiming to complete vaccinations before the Tokyo Olympic Games begin in July.