How Singapore and South Korea aim to avoid election infections 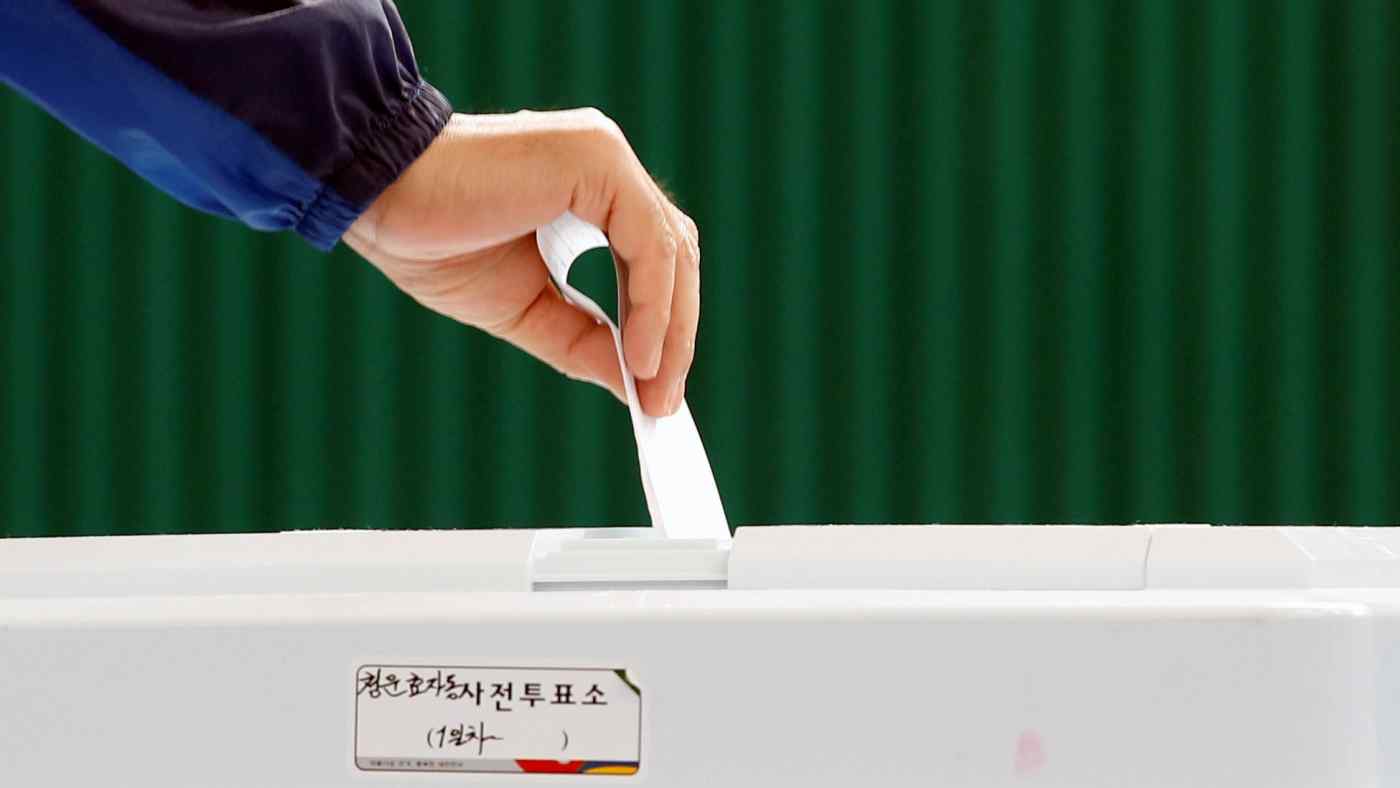 South Korea and Singapore are both gearing up for elections amid the coronavirus pandemic.   © Reuters
KENTARO IWAMOTO and KIM JAEWON, Nikkei staff writersApril 10, 2020 11:39 JST | Singapore
CopyCopied

SINGAPORE/SEOUL -- The coronavirus crisis has delayed elections worldwide, from Asia to Europe and the Americas. But two major Asian countries -- South Korea and Singapore -- are pressing ahead toward national polls.

South Koreans are scheduled to choose National Assembly members next Wednesday. Singapore's schedule is far less certain: It has until April 2021 to hold a general election, but Prime Minister Lee Hsien Loong can call it when he sees fit and several signals indicate he is preparing to do so.

Both governments have been widely praised for their handling of the outbreak and may be hoping that translates into campaign success.

Alan Chong, associate professor at Singapore's Nanyang Technolgical University, said the ruling parties in both countries have politically gained more support through their coronavirus management. "There's very little to argue against [Singapore's] government policy," he said, while South Korea's situation "improved quite quickly" after it introduced measures like drive-thru testing.

Yet, holding elections during a pandemic is obviously a risky proposition. So Seoul and Singapore have been taking steps to minimize the danger of infection at the voting booth.

In Singapore, the latest sign that an election is near came on Tuesday, when the Lee's government introduced a bill that sets out special arrangements for voting amid the outbreak.

The bill, which has yet to be passed, states that citizens who are quarantined in hotels or hospitals would be allowed to vote outside their assigned districts. Potential candidates, who by law must file their nomination papers in person, would be authorized to have a representative file on their behalf.

The proposal does not specify the election timing or set rules on specific safety measures at polling stations. But it would empower the government to take other steps to protect staff and voters. The bill states quarantined individuals may be allowed to cast their ballots without leaving their quarters -- they would simply mark the paper and return it through a secure method for counting.

Voting is compulsory for Singaporeans aged 21 or older, and about 2.59 million people are eligible.

Last month, the government released renewed electoral boundaries. This is regarded as a clear sign an election is coming soon. In late March, when asked about a possible date, Lee told local media that he "would not rule any possibility out." Singapore residents receive face masks from the government at a community center on April 5.   © Reuters

Some opposition figures have urged Lee and the ruling People's Action Party to hold off.

Tan Cheng Bock, a doctor and PAP veteran who is now president of the upstart Progress Singapore Party, posted a video message on Facebook, saying, "We must put all energies and resources to fight COVID-19."

Chong, the professor, said he doubts Singapore will actually call an election right away. But "having said that," he added, introducing the bill now "is a good thing because COVID-19 will take some time to improve."

If the government does move forward, it would set Singapore apart from the lengthy list of places that have postponed elections in recent months. Asian examples include Sri Lanka, which shelved parliamentary polls scheduled for later this month, and Indonesia, where regional elections are being pushed back.

The virus has also disrupted the U.S. Democratic primaries and a host of other national, regional and local polls across the globe.

South Korea is another exception -- and it too has made safety plans.

About 43.9 million citizens are eligible to vote in the National Assembly election on April 15. COVID-19 patients will be allowed to vote at hospitals, treatment centers or from home. The government is also thinking about sending ballot boxes around to these places on buses.

The National Election Commission also said it will encourage early voting to reduce crowds. Voters will be allowed to cast their ballots two days in advance at any polling station in the nation, regardless of where they live.

"We will prepare thoroughly so we don't cause any inconvenience for voters' exercising their rights," the commission said in a statement.

As in Singapore, the ruling Democratic Party likes its chances in what is effectively a midterm referendum on President Moon Jae-in's performance. With South Korea making progress in flattening its outbreak curve, Moon's approval rating stood at 52.6% this week, according to polling by Realmeter -- up from the mid-40% level in February.

Yet, the coronavirus has already had a different impact on South Korea's election as well.

Overseas voting was conducted from April 1 to 6, but the election commission on Wednesday said turnout was only 23.8%, down from 41.4% in the previous assembly election in 2016. The commission was forced to suspend some operations abroad due to lockdowns.