Blanket coverage of the global spread on television and social media has pushed American households to purchase essentials, a phenomenon also seen in such countries as Japan.

The American Red Cross has told the public how to "prepare in case this new coronavirus risk level increases in the U.S."

It recommended stocking up on food staples and household supplies, ensuring at least a 30-day supply of prescription drugs, and having other health supplies on hand.

Shoppers raided such big-box retailers as Costco over the weekend. The company's shares rose 9.96% to $309.14 on Monday.

Many supermarkets are also running low on certain products. In New York, shoppers have emptied some shelves in the dry-foods section of the Whole Foods Market at Columbus Circle. The store is short on nonperishable foods and water, a staffer who asked not to be identified told the Nikkei Asian Review.

"This is pretty raided," said regular shopper Stephanie Chan. "I've never seen it like this," she said. Shelves of sanitizing wipes have also been emptied at drugstore chain Duane Reade on the Upper West Side of Manhattan. 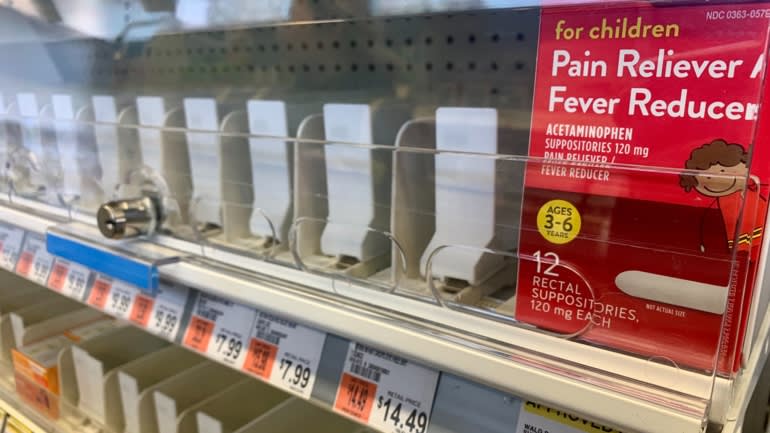 A rack for children's fever medicine sits empty at a Duane Reade store on the Upper West Side. 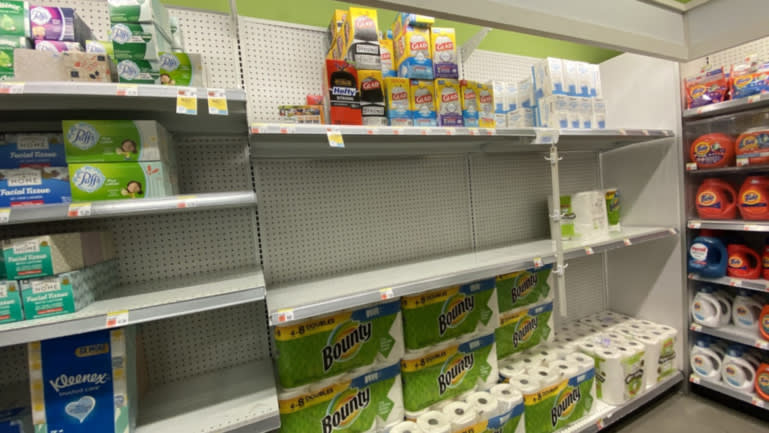 Common household items such as toilet paper have also become a luxury. Over-the-counter cold and flu remedies are nearly sold out at the same Duane Reade store. 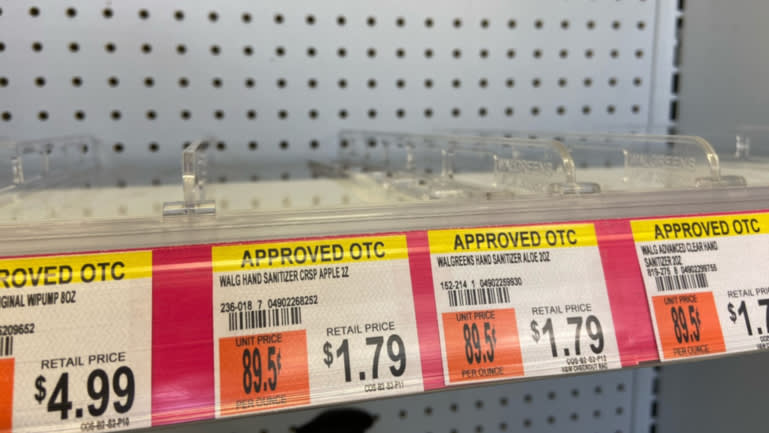 Shoppers are loading up on hand sanitizer, leaving the Duane Reade's shelves bare. The last remaining Diet Coke in a refrigerated display case at a Duane Reade store. It is a common myth that it is good to drink Coca-Cola while sick. Shoppers did not overlook rubbing alcohol, sweeping it off the shelves. Even brown bottles of hydrogen peroxide are sold out.

More than 90,000 cases of COVID-19 have been confirmed worldwide, with 3,000-plus deaths, according to a tracking website of Johns Hopkins University. While China remains the center of gravity, with more than 80,000 cases, the outbreak seems to be shifting elsewhere. South Korea, Italy and Iran all have quadruple-digit tallies that place them right behind China. Confirmed cases in the U.S. exceed 100.

"It's not so much a question of if this will happen anymore, but rather more a question of exactly when this will happen, and how many people in this country will have severe illness," said Nancy Messonnier, director of the National Center for Immunization and Respiratory Diseases at the Centers for Disease Control and Prevention, during a press briefing last Tuesday.