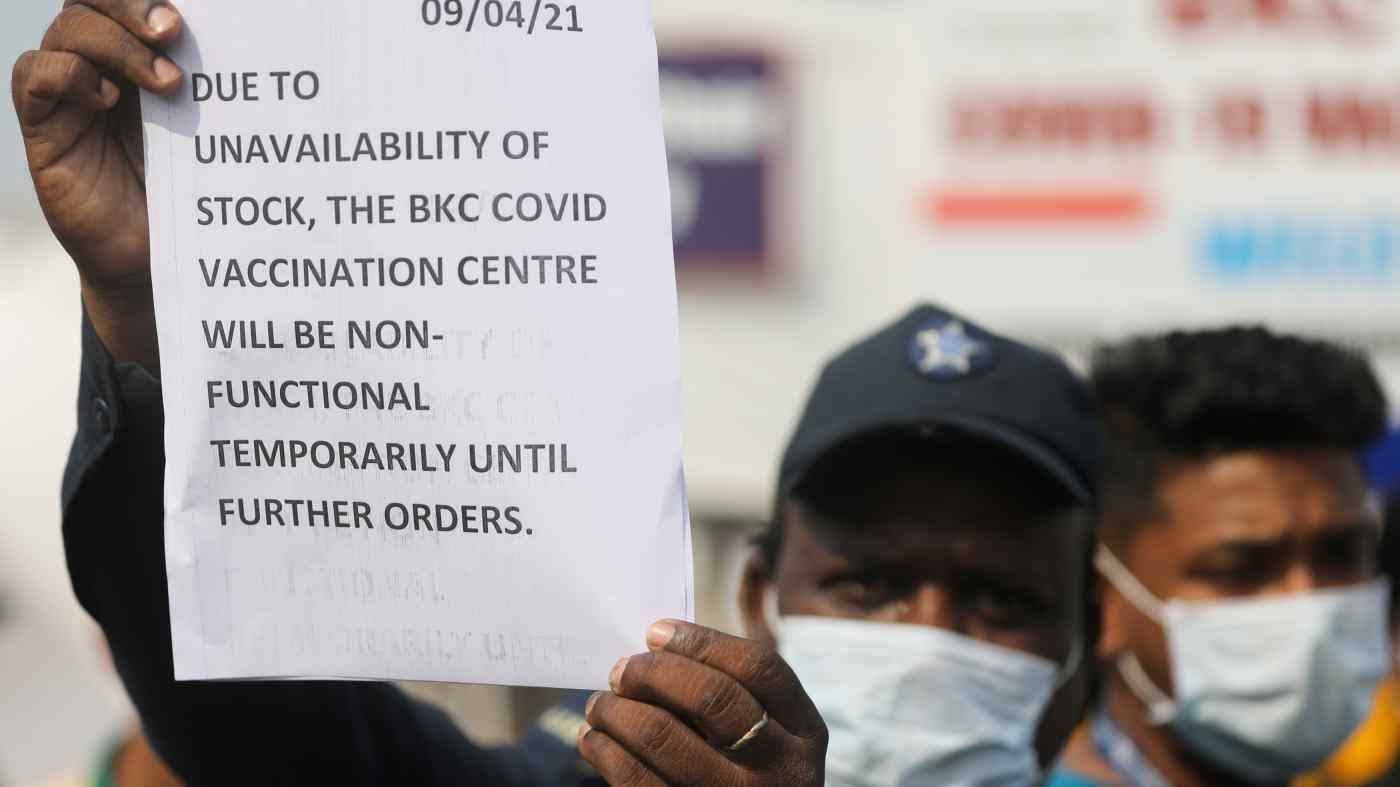 A guard holds up a notice to inform people of a vaccine shortage at an inoculation center in Mumbai on April 9, 2021.   © Reuters
KIRAN SHARMA, Nikkei staff writerApril 11, 2021 14:05 JST | India
CopyCopied

NEW DELHI -- As India grapples with a massive second wave of coronavirus infections, some states, including Maharashtra, the worst-hit among them, are complaining of inadequate vaccine supplies -- and being called fear mongers by the government of Prime Minister Narendra Modi.

"Let's put an end to fear mongering now!" Modi's health minister Harsh Vardhan tweeted on Thursday, pointing out that more than 90 million doses have been administered across the country since the inoculation drive began on Jan. 16. Vardhan also says over 43 million doses are either in stock or close to being delivered to states.