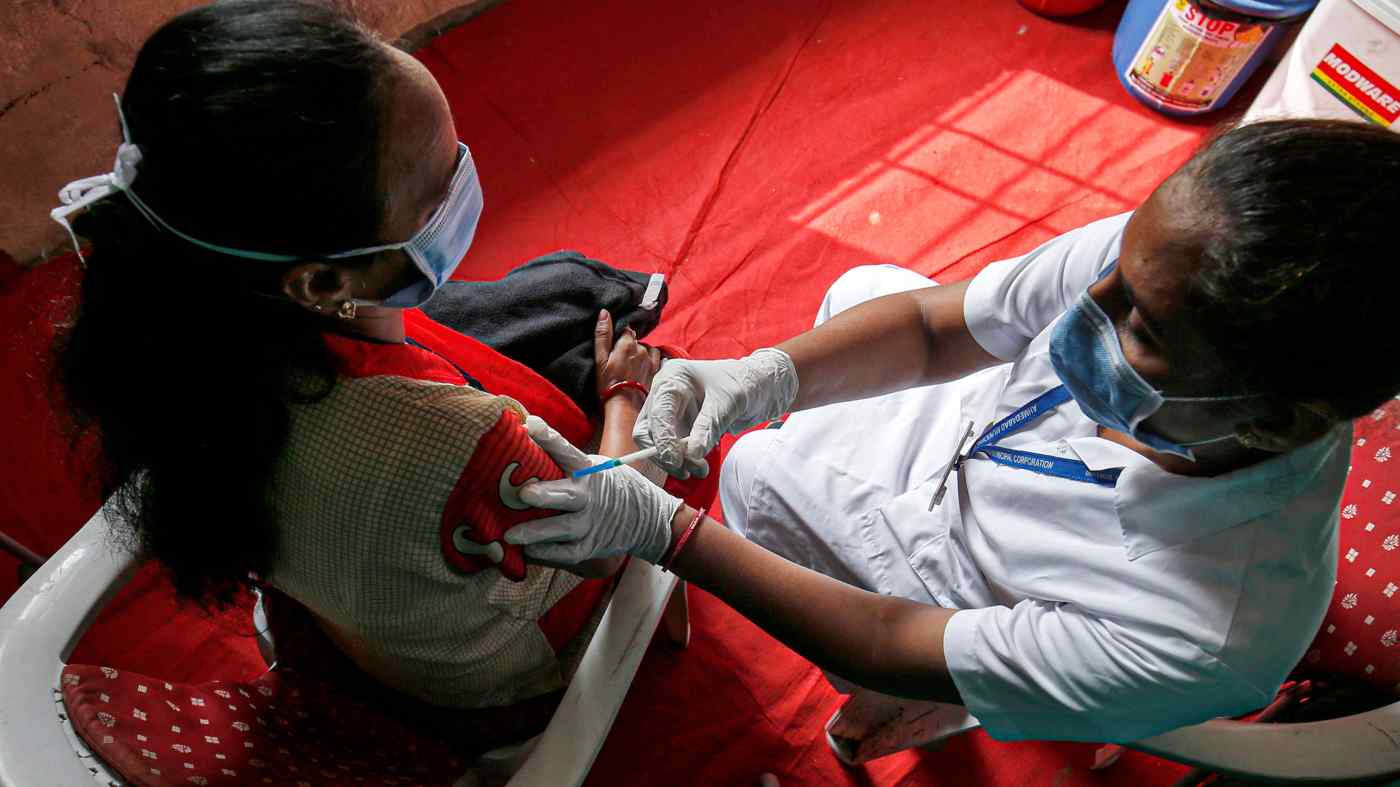 NEW DELHI -- India is set to launch an ambitious vaccination drive on Saturday, one that will cover about 300 million of the nation's 1.3 billion people in the next few months.

Prime Minister Narendra Modi will kick off the drive via a video conference connecting 3,006 vaccination sites. Around 100 beneficiaries will be vaccinated at each site on the inaugural day, according to an official statement released on Thursday evening. This means about 300,000 people will receive shots on Saturday.

"Now, our country is entering a decisive phase in the battle against the coronavirus pandemic," Modi told local government leaders during an online conference. "[And] we are beginning the world's biggest vaccination drive. We are aiming to vaccinate about 300 million people in the next few months."

The vaccine rollout will take place in phases, with 10 million health care providers in the government and private sectors first in line. Next up will be 20 million other frontline workers, such as police and military troops. Behind them will be 270 million people over the age of 50, along with anybody with co-morbidities such as diabetes, high blood pressure and cardiovascular disease.

The cost of inoculating the 30 million health care and frontline workers will be borne by the federal government alone.

India's drug regulator granted emergency use authorization to two vaccines earlier this month. One was developed by Oxford-AstraZeneca and is being locally produced by the Pune-based Serum Institute of India under the name of Covishield. The other is by Hyderabad-based Bharat Biotech, which produced the country's first indigenous COVID-19 shot, called Covaxin, in collaboration with the state-run Indian Council of Medical Research.

Both are two-dose vaccines to be administered 28 days apart and must be kept at temperatures from 2 C to 8 C.

The drive is a crucial step in containing the virus's spread in India, whose more than 10.5 million infections count as the world's second-highest total, behind the U.S.'s nearly 24 million.

India has also suffered more than 151,000 deaths, third-most behind the U.S. and Brazil. 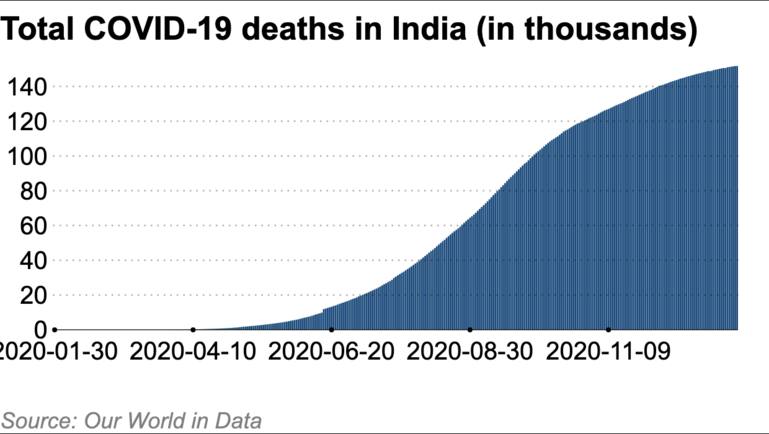 The government has so far bought 11 million Covishield doses from the Serum Institute at 200 rupees ($2.73) each, excluding taxes. It has also procured 5.5 million Covaxin doses from Bharat Biotech, which made a "special gesture" of not charging for 1.65 million of the doses. The other 3.85 million were priced at 295 rupees each. "Hence, the [total] cost of the Covaxin is coming to 206 rupees per dose on an average," health secretary Rajesh Bhushan said.

In comparison, he said, the Pfizer-BioNTech vaccine, which has received emergency-use authorization in many countries, costs 1,431 rupees per dose. Moderna charges 2,348 rupees to 2,715 rupees, while Sinovac Biotech charges 1,027 rupees.

"Both our vaccines are more cost-effective," Modi said, than those being produced around the world and "have been developed keeping in view India's conditions and circumstances."

The health ministry has developed a digital platform, called Co-WIN, that will carry real-time information on vaccine stocks, storage temperatures and individualized tracking of beneficiaries.

Some individuals may experience side effects like mild fever, pain at the injection site and body aches, which are similar to common vaccines' side effects, according to health minister Harsh Vardhan. "These are expected to go away on their own after some time," Vardhan tweeted on Thursday.

The minister had earlier said the government plans to administer the vaccine to around 300 million people "by July-August."

Although Singapore, Indonesia, the United Arab Emirates, Israel, the U.S. and the U.K. have all started COVID-19 vaccination drives, India is being watched due to the massive scale of its undertaking.

"Many countries in the world will follow how India goes about it," Modi said, "and therefore, there is a huge responsibility on us." 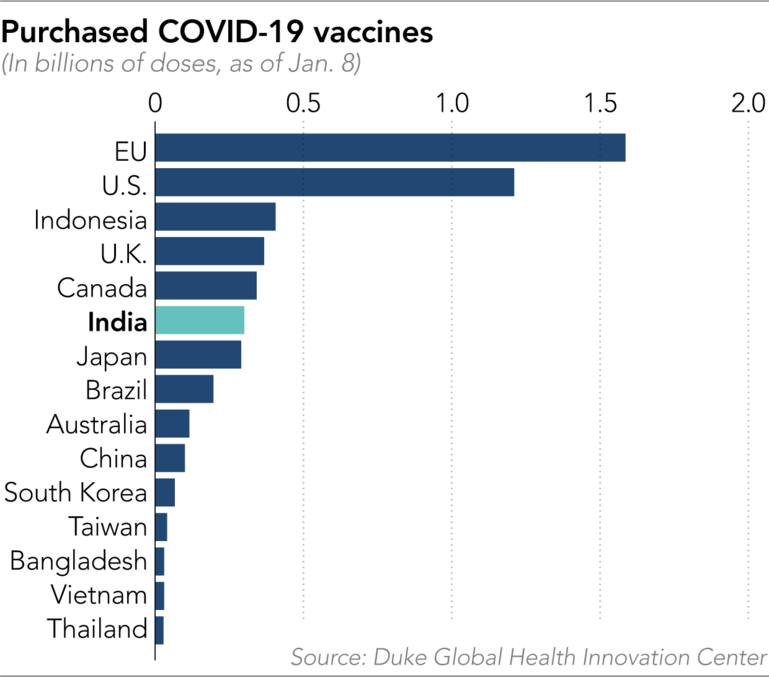