India joins Singapore and Indonesia in rush for vaccinations 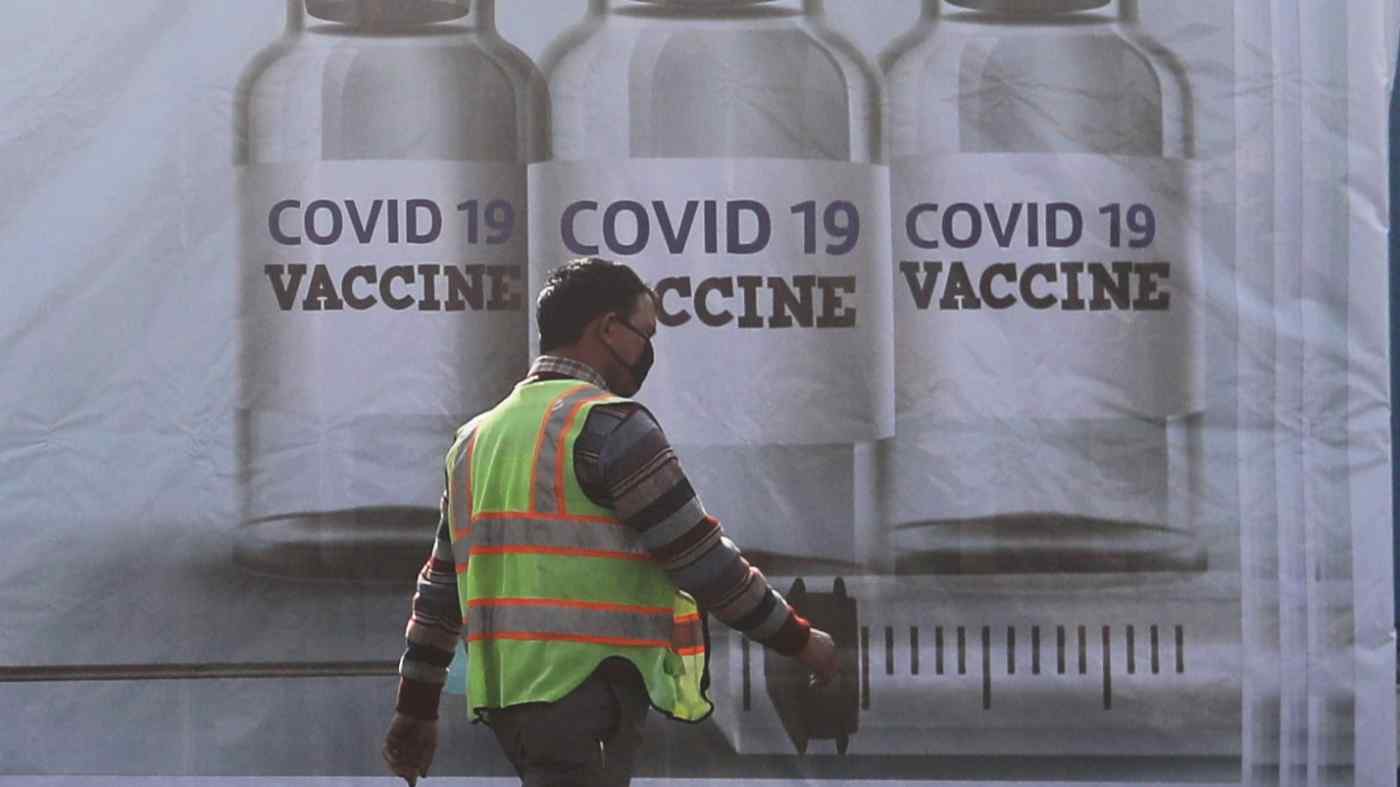 A ground staffer at Indira Gandhi International Airport's Cargo Terminal 2, which will be used as a COVID-19 vaccine handling and distribution center, during a media preview in New Delhi on Dec. 22.   © Reuters
KIRAN SHARMA, Nikkei staff writerJanuary 6, 2021 16:04 JST | India
CopyCopied

NEW DELHI -- India is ready to roll out two COVID-19 vaccines within 10 days of Jan. 3, when its drug regulator gave emergency use approval to the Oxford-AstraZeneca vaccine and a homegrown one from Bharat Biotech, the Health Ministry says.

Last week, Singapore became one of the first Asian countries to start its coronavirus vaccination drive. Then Indonesia on Monday announced plans to kick off its inoculation campaign next week. The U.S. -- the world's worst-hit country, with over 20.8 million cases -- and the U.K. have already begun vaccinations.

The vaccine developed by Oxford University and U.K.-based pharmaceutical giant AstraZeneca is being locally manufactured by the Pune-headquartered Serum Institute of India under the name of Covishield. The other one, the country's first indigenous COVID-19 vaccine, is called Covaxin and is made by Hyderabad-based Bharat Biotech in collaboration with the state-run Indian Council of Medical Research.

"Based on the feedback of dry run, the Ministry of Health and Family Welfare is ready to introduce COVID-19 vaccine within 10 days" from the date on which emergency use was authorized, federal administrative Health Secretary Rajesh Bhushan told a media briefing on Tuesday evening, referring to the recent nationwide testing process of the information technology platform and other mechanisms laid out for the planned inoculation of about 300 million of the country's more than 1.3 billion people by July during the first phase of the drive.

His statement means India could roll out the vaccine by Jan. 13. Bhushan added that the final decision on the date will be made by the government. 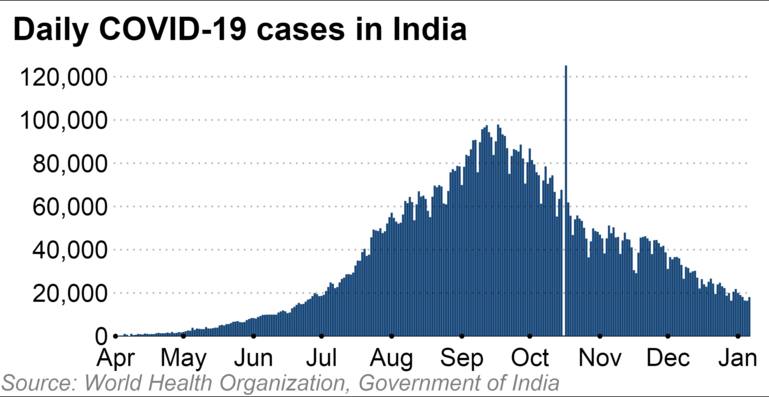 Prime Minister Narendra Modi earlier described the approval to the two vaccines "a decisive turning point to strengthen a spirited fight" against the pandemic. "It would make every Indian proud that the two vaccines that have been given emergency use approval are made in India! This shows the eagerness of our scientific community to fulfil the dream of [a self-reliant India], at the root of which is care and compassion," he tweeted on Jan. 3.

The American pharmaceutical giant Pfizer last month sought emergency use authorization for its vaccine in India. But the Health Ministry said Pfizer had since then been given three opportunities to appear before an expert committee but had not done so yet. The expert committee, "to the best of our knowledge, is willing to listen to their presentation," Bhushan said.

The approval of Covaxin drew criticism from some experts and opposition leaders because Bharat Biotech has yet to share efficacy data. In response, Health Minister Harsh Vardhan said the authorization for Covaxin is different from that for Covishield because Covaxin remains in trial mode. "For those spreading rumors let it be known that EUA for COVAXIN is differently conditional -- in clinical trial mode," he tweeted. He clarified that all Covaxin recipients will be tracked and monitored like in a normal trial, tweeting: "COVAXIN approval is 'Monitored Approval' with strict follow-up & rolling review. This approval ensures India has an additional vaccine shield in its arsenal [especially] against potential mutant strains in a dynamic pandemic situation -- A strategic decision for our vaccine security."

In a joint statement on Tuesday, Serum Institute's chief executive officer, Adar Poonawala, and Bharat Biotech's chairman and managing director, Krishna Ella, also appeared to end a recent public spat over their vaccines as they expressed their "combined intent to develop, manufacture and supply the COVID-19 vaccines for India and globally."

Bhushan separately dismissed as "misinformation" reports that India had banned exports of the vaccines, saying, "The government has not banned the export of any one of the COVID vaccines."

"We should be on guard when such misinformation is sought to be spread," he added, maintaining that neither the government nor the vaccine manufacturers are talking of any ban on exports.

India has the world's second-highest COVID-19 caseload, with over 10.3 million infections so far, just behind the U.S. Among groups being identified for the first shots are 10 million health care providers in the public and private sectors and 20 million other front-line workers, such as police and the armed forces. Another 270 million people over the age of 50, along with anybody with associated co-morbidities, also are to be inoculated during the first phase of the drive.