Findings not peer-reviewed and vaccine approved without efficacy data 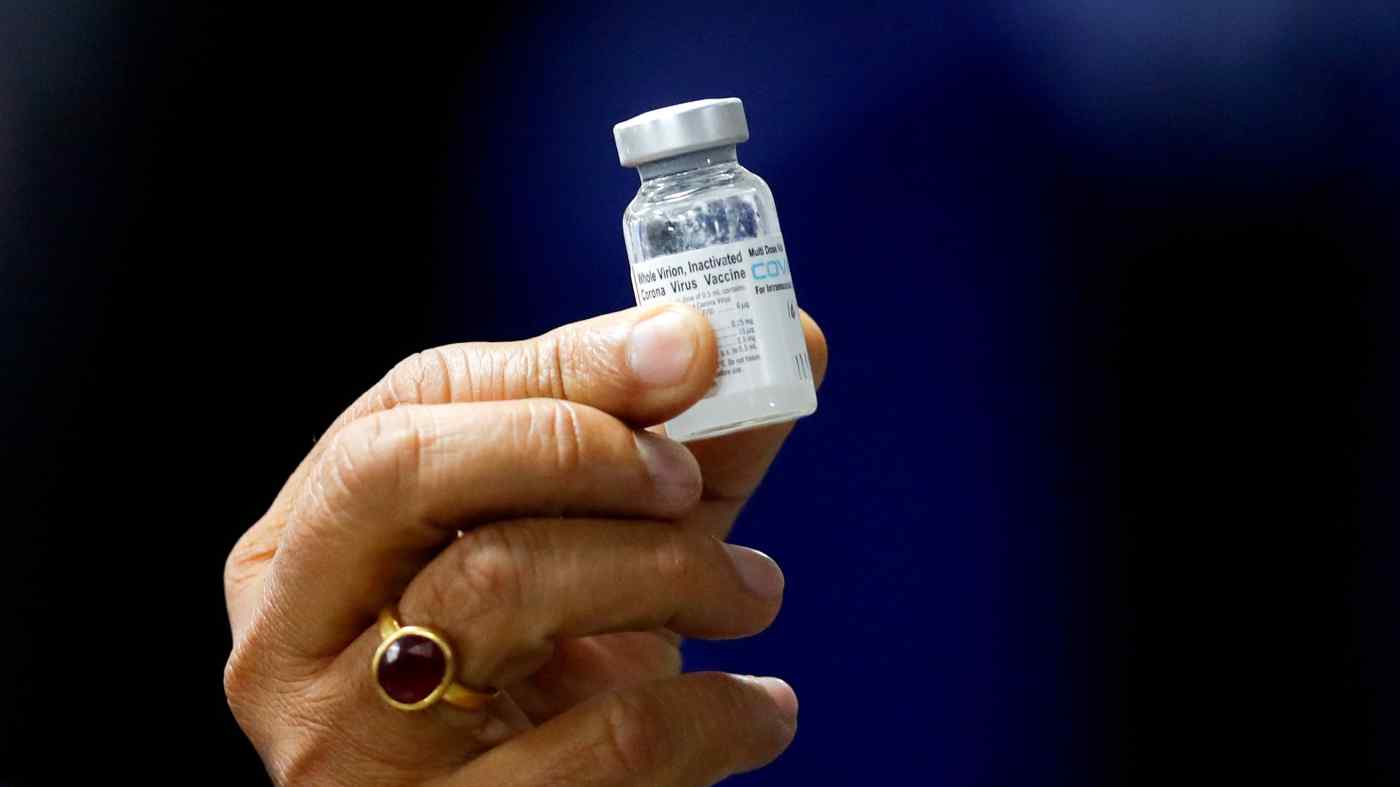 Bharat Biotech's COVAXIN is likely to be effective against the U.K. strain of the coronavirus, according to a study on 26 participants shared by the company on Wednesday, although no efficacy data on the vaccine is yet available.   © Reuters
January 27, 2021 19:53 JST | India
CopyCopied

NEW DELHI (Reuters) -- A vaccine developed by India's Bharat Biotech and a government research institute is likely to be effective against the U.K. strain of the coronavirus, according to a study on 26 participants shared by the company on Wednesday.

The findings on COVAXIN, which is in use in India after receiving emergency-use authorization early this month, have been published on the website bioRxiv that carries research not peer reviewed.

"Sera from the vaccine recipients could neutralize the U.K.-variant strains discounting the uncertainty around potential escape," wrote scientists from the company and its partner, state-run Indian Council of Medical Research.

"It is unlikely that the mutation 501Y would be able to dampen the potential benefits of the vaccine in concern."

Another study published on bioRxiv last week said a vaccine developed by U.S. company Pfizer and its German partner BioNTech was also likely to protect against the more infectious variant that has now spread around the world, with 150 cases in India.

While approving COVAXIN without any efficacy data from an ongoing late-stage trial, India's drug regulator had touted its ability to act against the whole body of a virus instead of just its "spike-protein" tip, potentially making it more effective in case of mutations.

India has already expanded the use of the vaccine in its massive immunization program that began on Jan. 16 and has so far covered more than 2 million people on the frontline such as sanitation workers, nurses and doctors.

The world's second most populous country, which has reported the most number of COVID-19 infections after the United States, has also approved the Oxford University-AstraZeneca shot for emergency use.

Bharat Biotech has sought emergency-use authorization for its vaccine in the Philippines and is also in talks with Brazil to sell shots.