Left in the lurch, people head back to hometowns, potentially spreading virus 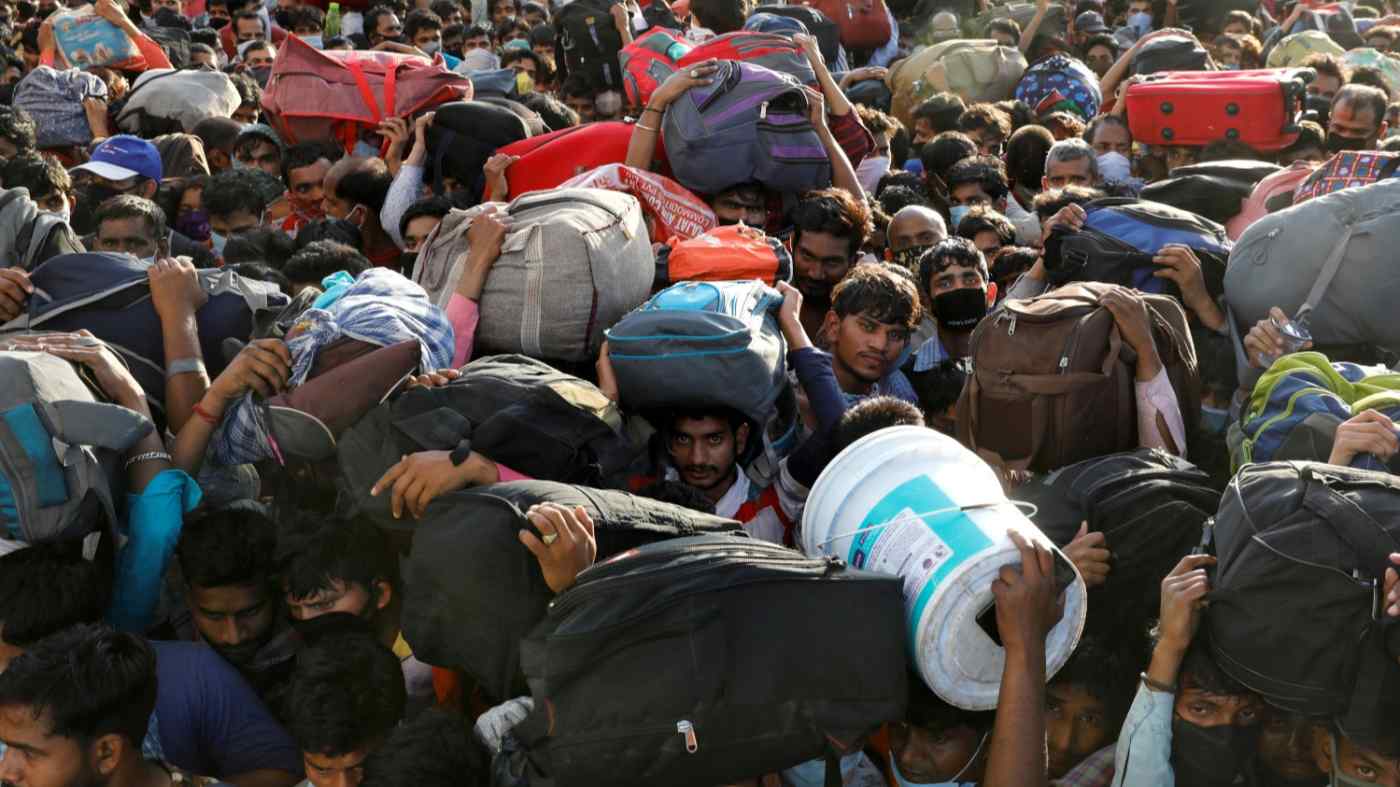 NEW DELHI -- Millions of migrant workers have lost their jobs under India's unprecedented lockdown, forcing crowds to head back to their hometowns and heightening the risk of transmitting the novel coronavirus across the country.

The capital of New Delhi attracts roughly 100 million migrant workers from surrounding states, many of whom live within factories and construction sites. After Prime Minister Narendra Modi issued a 21-day stay-in-place order last week, those laborers were left with no place to stay and no way to feed themselves.

Since the extreme restraints idled public transport systems, some migrant workers took it upon themselves to travel by foot to their home villages, journeys that often cover hundreds of kilometers.

On Saturday, the state government of Uttar Pradesh sent buses to New Delhi to shuttle workers stranded in the city back to the countryside. Thousands of people swarmed the bus terminals along the area bordering India's capital and its most populous state.

Lines stretching interminably hemmed the buses. Though the terminals were packed with travelers, several were not wearing facemasks due to a nationwide shortage.

India contains 979 confirmed cases of COVID-19 infections, according to World Health Organization statistics as of Sunday -- a number still small compared to the U.S. and Europe.

The biggest concern is that the disease will spread like wildfire among India's poor. Social distancing is recommended to contain the epidemic, but migrant workers and the impoverished often do not have adequate shelter where they can isolate themselves.

During his monthly radio address Sunday, Modi defended the "strong measures" taken to combat the virus, while cautioning that the underprivileged need to be taken care of.

"Our humanity stems from the fact that whenever we see a poor or hungry person, we first try and feed him or her in this time of crisis," said Modi.

The Indian government has unveiled an economic rescue package featuring a plan to distribute 5 kg of rice or wheat per person, but some insist more needs to be done to support India's 800 million impoverished people.