Lockdowns ease but employment and consumption take a beating 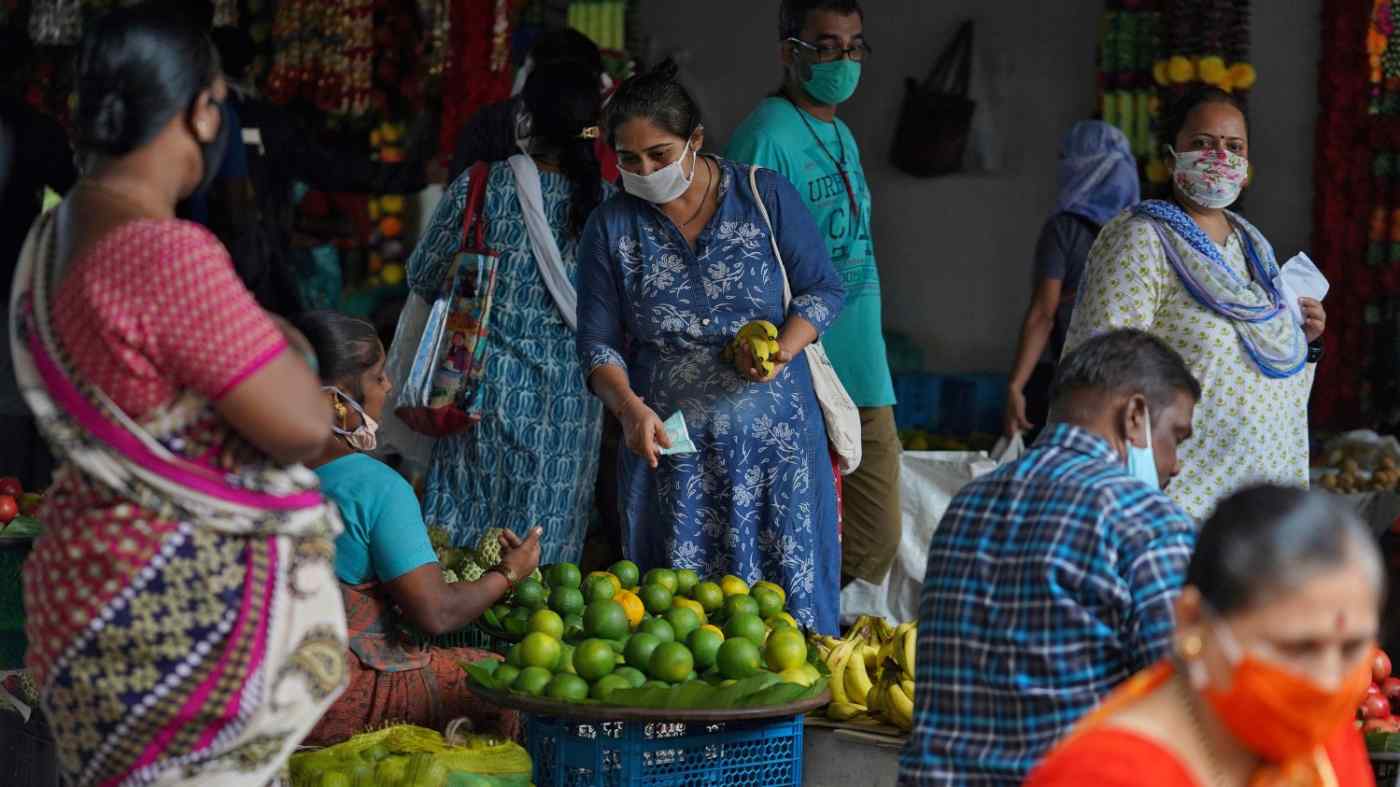 A woman shops for produce at a market in Mumbai. Even with India emerging from pandemic lockdowns, the economy is not expected to see a quick rebound.   © Reuters
MOYURU BABA, Nikkei staff writerJune 2, 2021 02:22 JST | India
CopyCopied

TOKYO -- India has begun to emerge from widespread lockdowns triggered by its latest surge in coronavirus cases, but the economy is unlikely to bounce back anytime soon, given the deep toll exacted on employment and personal spending.

New Delhi began gradually easing its coronavirus restrictions Monday, and construction and manufacturing have begun to resume in the capital and in certain other areas. This comes after the nation's infections have fallen to below 200,000, down from around 400,000 in late April, thanks to widespread lockdowns.

Still, daily deaths remain high at around 3,000. In a speech delivered last week, Prime Minister Narendra Modi reflected on the pandemic's toll. "This is the worst crisis humanity faces in decades," said Modi. "The economic impact is huge as well. Our planet will not be the same after COVID-19," he added.

India's gross domestic product shrank a record 7.3% in the fiscal year ended March, according to official data released Monday. By industry, "trade, hotels, transport, communication and services related to broadcasting" suffered the biggest contraction of 18.2%, immediately followed by construction at 8.6% and manufacturing at 8.5%.

Consumer spending also decreased 9.2% as employment takes a hit. India's 30-day moving average for unemployment topped 10% for the first time in 11 months in late May and was nearing 12% by the end of the month, according to the Center for Monitoring Indian Economy.

Urban areas in particular now face unemployment rates close to 15% as migrant workers lost their jobs due to regional lockdowns since April.

"All13 migrants who used to work there had returned to their hometowns in mid-April," said a 28-year-old supervisor at a New Delhi construction site.

Meanwhile, a Rajasthan resident has struggled to find employment after losing a job in November at a New Delhi travel agency that had paid 55,000 rupees ($755) a month. Though savings have run out, the 35-year-old sees little chance of finding a new job by year-end.

The Ipsos Global Consumer Confidence Index rose 0.9 point in May, largely buoyed by marked improvements in countries like the U.S. and Israel that are ahead on vaccinations. But India logged a 3.4-point drop in consumer confidence -- the largest decrease of the 24 major economies the index tracks.

India's economic recovery hinges on how smoothly vaccinations go. Barclays on May 25 downgraded its fiscal 2021 growth forecast for a second time, to 9.2% from 10%. There are concerns that even if the current wave of infections is contained, the virus could spread again among children because of a lack of vaccines.

The public is increasingly frustrated not only by the government's slow response to the pandemic, which has led to the collapse of the health care system, but also its failure to launch effective economic policies. Modi's approval rating had sunk to 64% as of May 25, down from its peak of 84% a year or so earlier, and the administration has cracked down harder on social media as part of efforts to stamp out criticism.