Country is first, outside China, to greenlight those vaccines for emergency use 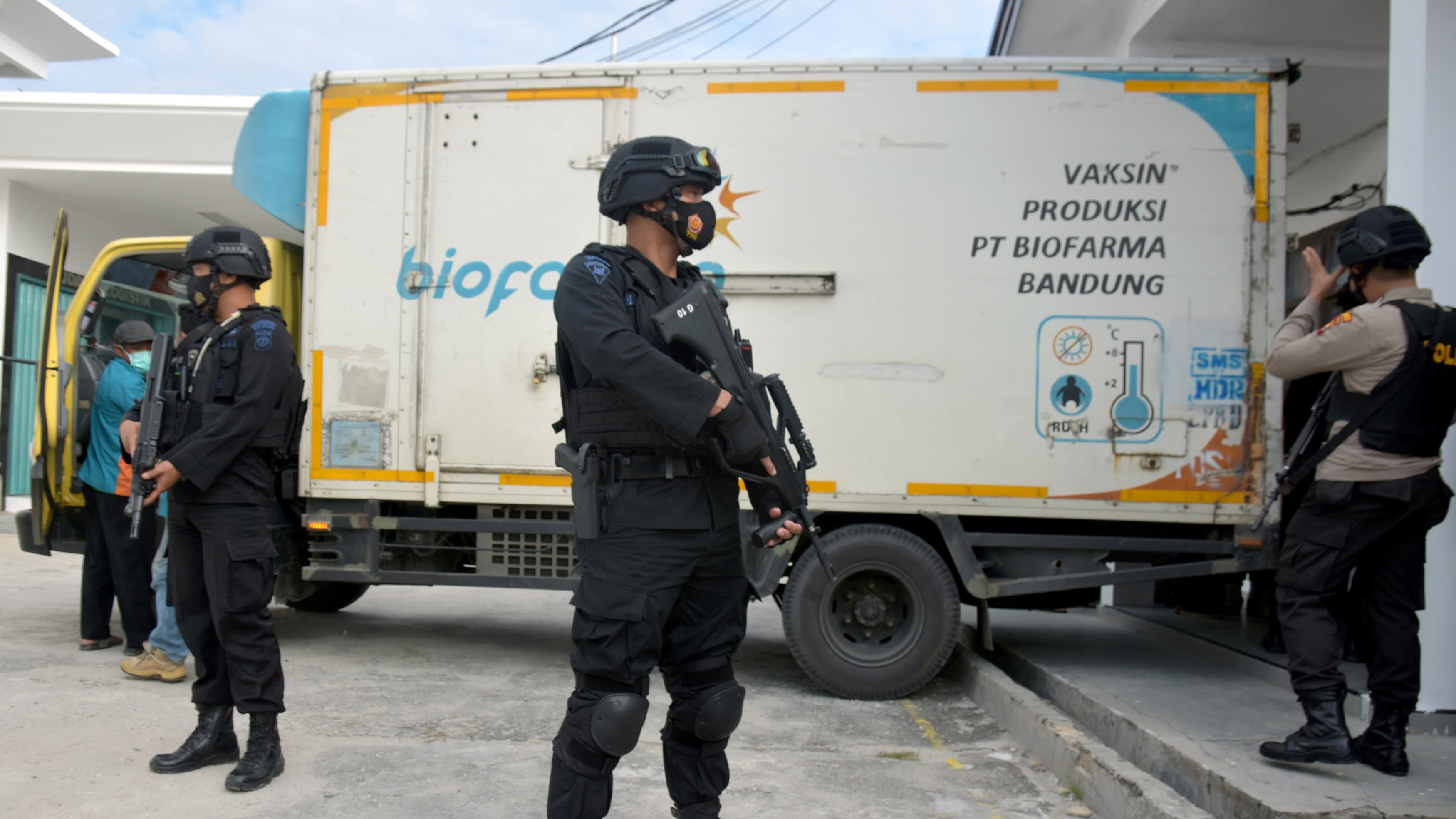 JAKARTA -- Indonesia's food and drugs agency on Monday approved the COVID-19 vaccine developed by China's Sinovac Biotech for emergency use, paving the way for the archipelago to begin its planned mass vaccination program. Jokowi gets Sinovac shot to kick off Indonesia mass vaccinations

Indonesia is the first country outside of China to green light the Sinovac vaccine.

Interim data from a late-stage human trial in Indonesia showed the jabs to be 65.3% effective, said Penny Lukito, head of the agency, BPOM. That is lower than the 78% efficacy rate reported in a similar trial in Brazil, and the 91.25% efficacy rate shown in tests in Turkey.

But the figure is above the World Health Organization's recommended 50% efficacy rate.

"Safety data for the [Sinovac's] vaccine were obtained from phase three clinical studies in Indonesia, Turkey, and Brazil," said Lukito, explaining the decision. "Overall, it shows that the [Sinovac] vaccine is safe with the incidence of side effects being mild to moderate in the form of pain, irritation, swelling, muscle aches, fatigue, and fever."

The Indonesian Ulema Council -- the country's top Islamic body -- gave the Sinovac vaccine halal status last week. That move together with BPOM's decision clear the way for the Indonesian government to start mass vaccination as planned from Wednesday, offering a beacon of hope to a country still struggling to contain the spread of the virus.

Indonesia added another 8,692 new cases on Monday, taking its total to 836,718. It also reported that another 214 people had died of the disease over the last 24 hours, taking its death toll to 24,343. The government on Monday extended its existing ban on foreign visitors for two more weeks. The initial ban was set to end on Jan. 14.

Unlike other countries that have begun vaccinating its vulnerable, elderly population first, Indonesia is prioritizing its working-age population, or those in the 18 to 59 age group, in the hope of kick-starting economic activity.

The president is 59. Vice President Ma'ruf Amin, who is 77, will not be receiving the vaccination for now, according to his spokesperson.

The health ministry has set a target of vaccinating 181 million of Indonesia's 270 million people in 12 months. The country has so far managed to secure 229 million doses of COVID-19 vaccines from Sinovac, Novavax and global vaccine program COVAX. It is in talks to secure 50 million doses each from AstraZeneca and Pfizer.

BPOM as well as the Indonesian Ulema Council will need to authorize the use of the other vaccines when they become available.