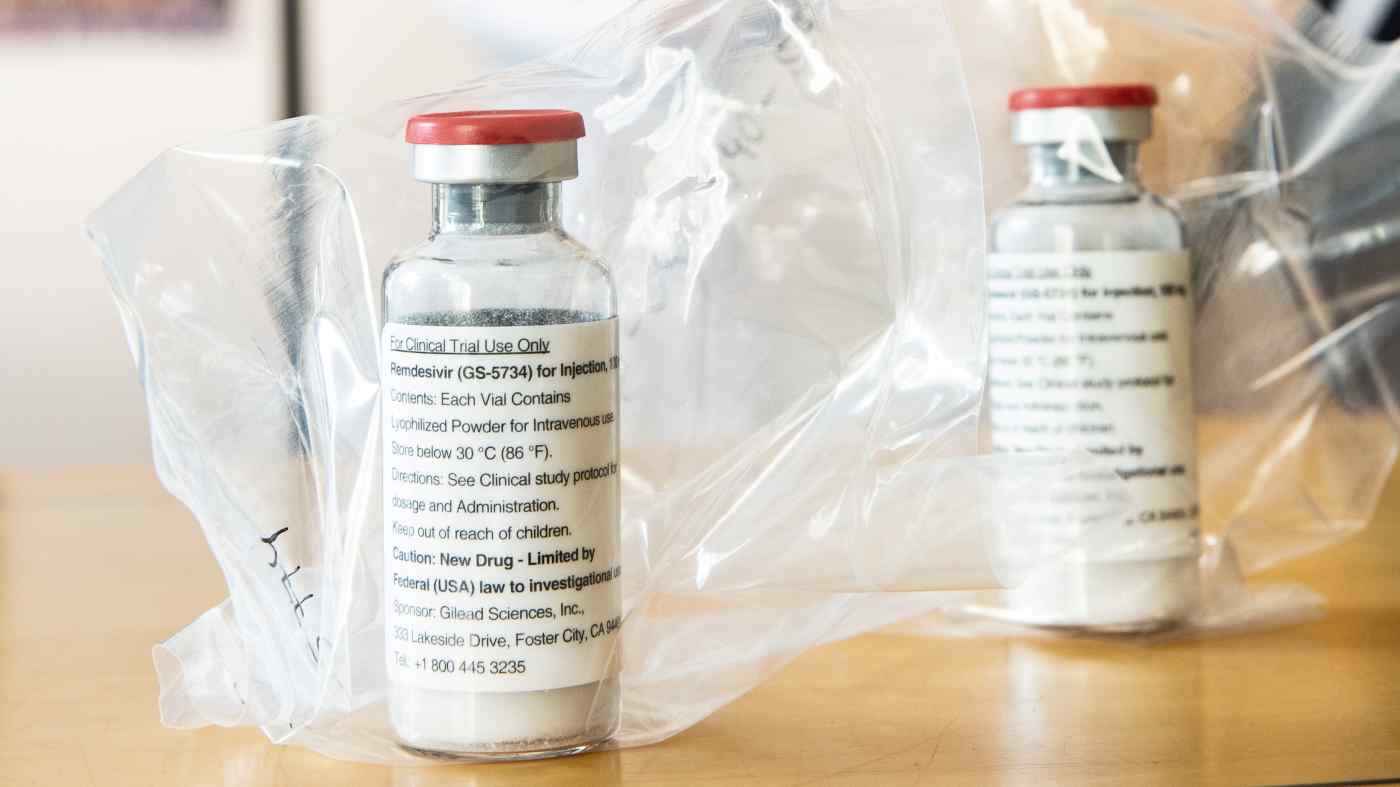 Indonesia is turning to the antiviral drug remdesivir as it struggles to cope with over 4,000 new COVID-19 patients per day.    © Reuters
ERWIDA MAULIA and P PREM KUMAR, Nikkei staff writersOctober 1, 2020 21:24 JST | Indonesia
CopyCopied

JAKARTA/KUALA LUMPUR -- Indonesia and Malaysia are scurrying to beef up their capabilities to treat and stop COVID-19, as their infection trajectories raise alarm.

For Indonesia, which is still logging over 4,000 cases a day, Thursday brought the introduction of the antiviral drug known as remdesivir. The same day, Malaysia's science minister revealed his country is negotiating with numerous vaccine manufacturers, just hours before health authorities reported the highest daily infection count since June.

Indonesia's largest pharmaceutical company, Kalbe Farma, has teamed up with Indian generic drug manufacturer Hetero to supply COVID-19 patients in the Southeast Asian nation with remdesivir, the partners said. The medicine is being produced in India and will be sold to local hospitals under the brand Covifor through Kalbe's extensive sales and distribution network.

This is the first remdesivir product to gain approval for emergency use from Indonesia's Food and Drug Monitoring Agency, or BPOM.

"The products today are ready to be distributed to all provinces in Indonesia," Kalbe President Vidjongtius said. "We will distribute them as soon as possible ... to increase the recovery rate of COVID-19 patients."

He added Kalbe hopes to sell tens of thousands of remdesivir vials within the next few months, at 3 million rupiah ($202) each. 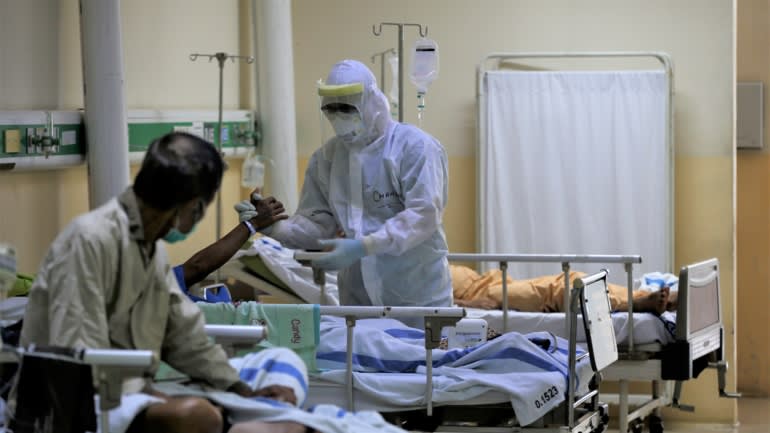 A health worker treats a patient in the isolation room for COVID-19 at Persahabatan Hospital in Jakarta. The hospital will administer the country's first remdesivir doses.   © Reuters

Erlina Burhan, a pulmonologist at Persahabatan Hospital -- a national referral hospital for COVID-19 in Jakarta -- said 25 patients with severe symptoms, some on ventilators, will be the first in Indonesia to receive the drug.

Until now, she said seriously ill patients had been given hydroxychloroquine, a common medication for malaria, and/or another antiviral drug, favipiravir, and its branded product Avigan.

Both remdesivir and favipiravir had previously been used to treat Ebola. The World Health Organization says remdesivir has generated promising results in animal studies for Middle East respiratory syndrome (MERS) and severe acute respiratory syndrome (SARS), which are also caused by coronaviruses -- "suggesting it may have some effect in patients with COVID-19."

Remdesivir is currently part of a treatment option in the WHO's "solidarity" clinical trial, an international effort to find effective therapies for COVID-19.

U.S. biopharmaceutical company Gilead Sciences, the original developer of remdesivir, in May extended a voluntary nonexclusive license to Hetero to manufacture and distribute it in 127 countries, including Indonesia, the Indian company said.

Hetero so far has supplied around 800,000 doses for 100,000 patients in India, while selling some to other countries in Asia, Africa and Latin America.

Sundeep Sur, country manager at Amarox Pharma Global -- the Hetero subsidiary that handles the imports -- said the Indian supplier can scale up production to meet Indonesia's demand at any time. Amarox is ready to supply Indonesia with at least 200,000 vials by the end of this year, he said.

On the vaccine front, meanwhile, Kalbe hopes to distribute a candidate being developed by South Korean biopharmaceutical company Genexine. Vidjongtius said Kalbe will take part in an ongoing Phase 2 clinical trial, with production targeted to start in mid-2021.

Separately, the president of Indonesian state-owned vaccine maker Bio Farma on Wednesday said China's Sinovac has agreed to provide the company with enough vaccine bulk for 50 million doses through March, and another 210 million until the end of 2021.

Malaysia is stepping up its hunt for vaccine supplies, too, and is weighing a number of avenues. While the country has not been hit nearly as hard as Indonesia -- with about 11,500 total cases versus 291,000 -- there are growing concerns about a new wave after Thursday's tally hit 260. Women in protective masks pass a mural warning about COVID-19 in Kuala Lumpur in September.   © Reuters

Khairy Jamaluddin, the minister of science, technology and innovation, on Thursday said the government is negotiating with "a dozen" manufacturers, with prices ranging from $8 to $20 per person.

He noted, however, that all the suppliers are asking for upfront payments, prompting Prime Minister Muhyiddin Yassin's government to tread carefully.

"This is the first time that we have to pay upfront for something that has not been produced and tested, so we are cautious and studying the legal implications," Khairy said.

"Hopefully we will have the first supply available next year, after it's tested and approved by the Ministry of Health."

Muhyiddin's administration is also in discussions to join Covax, a vaccine development initiative co-led by Gavi -- a public-private organization that supports global immunization efforts -- the Coalition for Epidemic Preparedness Innovations and the WHO.