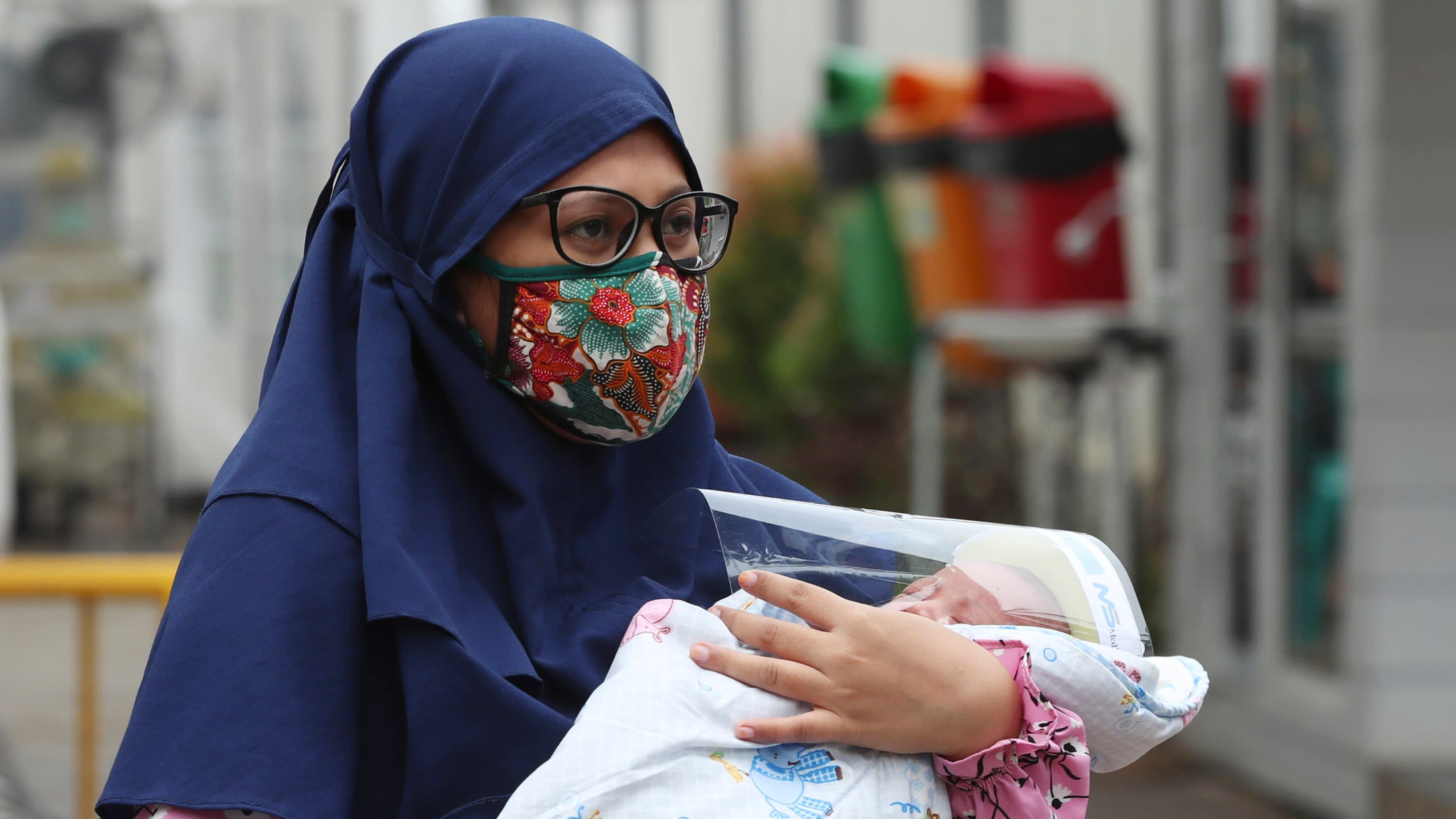 A woman with her baby at a hospital in Jakarta. Health care facilities in Indonesia are being forced to juggle a rise in dengue cases with the coronavirus outbreak.    © AP
SHOTARO TANI and ISMI DAMAYANTI, Nikkei staff writersMay 6, 2020 14:43 JST | Indonesia
CopyCopied

JAKARTA -- Already struggling to cope with the spread of coronavirus, Indonesia's medical infrastructure is being pushed to the limit as the country sees a surge in potentially deadly dengue cases.

With the Southeast Asian archipelago notorious for inadequate medical infrastructure, a continued rise in cases of dengue fever -- or "breakbone fever" as it is also known -- alongside COVID-19 cases may potentially push it to the brink of collapse.

Some observers have said patients with symptoms not related to the coronavirus are struggling to get adequate care after the government ordered the country's 130-plus top-ranked hospitals to treat only COVID-19 patients.

"Even before COVID-19, the capacity and quality of medical infrastructure was already an issue in Indonesia," said Pandu Riono, an epidemiologist at the University of Indonesia. "Other diseases... are not only getting less treatment, but are transferred to other hospitals with probably less-proper facilities. This is very concerning because not only is their condition getting worse, but the mortality rate from other diseases might also increase."

A total of 39,860 people have been diagnosed with dengue fever in the first three months of the year, according to the Health Ministry, a 15.7% rise compared with the same period last year. Particularly troubling is that the 137,761 cases in 2019 were double the number in 2018.

Like the coronavirus, dengue is a viral infection. While many dengue cases only lead to mild illness, it "can cause an acute flu-like illness" and can occasionally develop into "a potentially lethal complication," according to the World Health Organization.

"Severe dengue is a leading cause of serious illness and death in some Asian and Latin American countries. It requires management by medical professionals," the WHO said. Additionally, the medical journal Lancet said that dengue and COVID-19 are difficult to distinguish "because they have shared clinical and laboratory features." 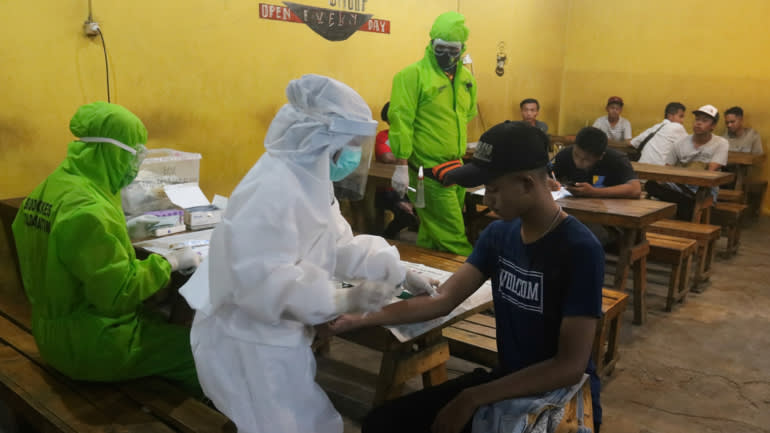 Patients that were treated in hospitals later designated as coronavirus-treatment-only hospitals have been forced to move to other facilities.

"Measures to relocate other patients were to prevent overload," said a spokesperson for one of the COVID-19 hospitals. "Doctors decide [the relocation] and the decision is based on the medical indication and facilities needed for treating the patients."

However, questions remain whether other hospitals can cope with more patients.

The potential for health care facilities to be overwhelmed is "more likely outside Java [island] this year" because of the cycle of dengue, said Tri Yunis Miko Wahyono, another epidemiologist at the University of Indonesia. He said a dengue outbreak is more likely in regions outside of the country's most populous island because of the disease's five-year cycle.

Those regions, which trail Java in terms of economic development, "aren't too vigilant about anticipating the dengue outbreak," Wahyono said. "At the same time, we see the COVID-19 trend outside Jakarta is also rising, while the peak for transition season [from the rainy season to dry season] as a vulnerable period for dengue infection will last until late May. So it's very possible hospitals and medics outside Java will be overwhelmed."

Indonesia, home to more than 273 million people, is notorious for its inadequate health infrastructure. The country has 1.2 hospital beds and 0.3 doctors per 1,000 people, much lower than other Southeast Asian countries like Malaysia. Its domestic general government health expenditure as a percentage of GDP stood at 1.4% in 2017, one of the lowest in the region.

"We have always known that it's best to prevent [disease] rather than to treat, and public health awareness is key for prevention," Riono said. "But a lack of a campaign for healthy lifestyle, sanitation facilities at public spaces, etcetera, is evidence of lack of government investment on public health."

The current public health crisis has forced the government to take note of the country's inadequate health infrastructure. President Joko Widodo, in an annual meeting with regional governors on Thursday, vowed to pay more attention to the health sector.

"The current pandemic provides an opportunity for us to see what we need to improve," Widodo said. "Our country has various problems in the health sector. We have several dangerous infectious diseases that need special treatment... [but] how is the availability of our hospital, its facilities, do they have adequate beds or not?

"What about the laboratory? How many do we have? How is the ability? The equipment? The human resource? Everything must be calculated, because we [now] see the importance of health security for the future. The COVID-19 pandemic has made us realize how important health security is."