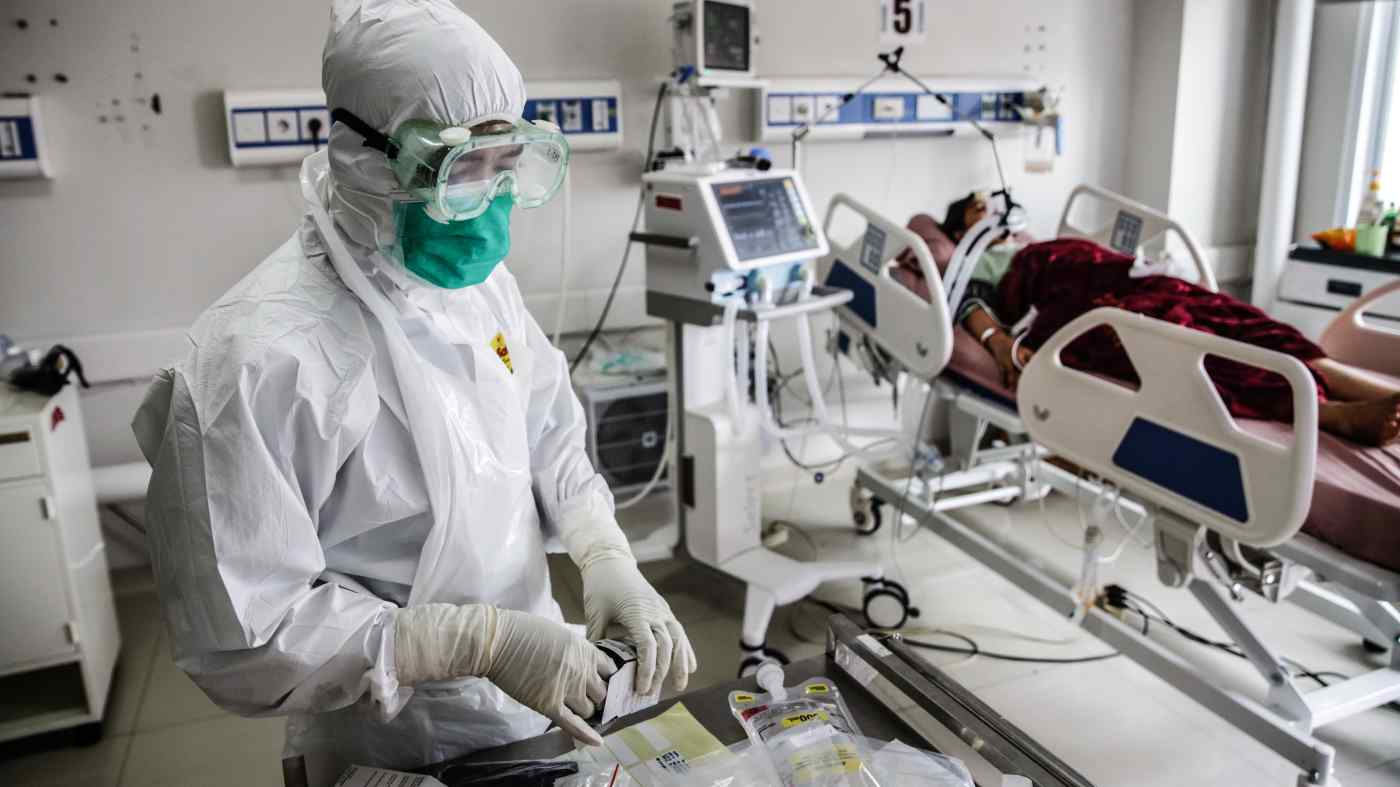 JAKARTA -- Indonesia has overtaken India as Asia's new epicenter for the coronavirus pandemic, with daily infections exceeding 40,000 for two straight days and officials warning that the delta variant is spreading outside the most populous island of Java.

More alarming is that despite having more daily infections, Indonesia's population of 270 million population is just a fifth of India's. Indonesia now has around 132 cases per million people, compared with India 26 as of Sunday, according to ourworldindata.org.

While the daily death toll on Tuesday was less than half India's 2,020, Indonesia's per capita count is higher -- average 3 per million people, compared with less than one in the south Asian country.

The figures do not take into account Indonesia's poor record of testing and tracing. The Southeast Asia's case positivity rate -- the percentage of confirmed infections vs people tested -- has hovered around 30% over the past week, while the figure for India's 2%.

Cumulatively, India's confirmed coronavirus tallies are still the highest in Asia with 30.9 million cases and 410,784 deaths as of Tuesday, followed by Indonesia with 2,615,529 cases and 68,219 deaths. 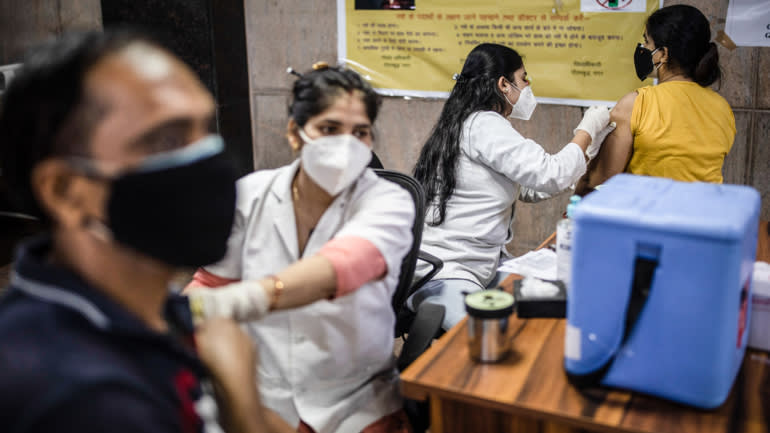 People receive Covishield vaccines at a government hospital in Noida, a suburb of New Delhi, on Monday.   © AP

But while India's figures keep falling from a May peak, Indonesia's worst outbreak since the beginning of the pandemic is not yet showing any signs of slowing down.

Health Minister Budi Sadikin said Tuesday that bed occupancy rates for COVID-19 patients in 12 provinces have exceeded 70% -- half of them on Java and the rest on other major Indonesian islands. In the nation's capital, Jakarta, the occupancy rate is close to 90% despite the recent conversion of some facilities into hospitals just for the coronavirus.

Sadikin said the government is preparing for a scenario where cases could increase 30% over the next two weeks and accelerate in other regions. Steps include converting more regular hospital beds into treatment facilities for COVID-19.

The government earlier this year designated 30% of 400,000 hospital beds nationwide for COVID-19 treatment, but they have quickly been filling up following the Eid holiday exodus in May and as the more contagious delta strain spreads across the country.

"Nationwide there are still [beds], but cases in several provinces are very high already because of uneven outbreaks of the delta variant," Sadikin told a hearing with lawmakers. "[Delta cases] are still concentrated in Java, but we've seen them spreading outside Java -- Lampung, East Kalimantan, South Sumatra, West Papua, Riau Islands and Bengkulu are now under our radar."

"From the viewpoint of protecting Japanese nationals, we have decided to take measures... so that Japanese people who wish to return can return to Japan as soon as possible, and as many people as possible," he said.

"Japanese residents are planning to return to Japan tomorrow via a a special flight by a Japanese airline, which the government will support. After that, we plan to make similar efforts in response to requests from Japanese residents," he added.