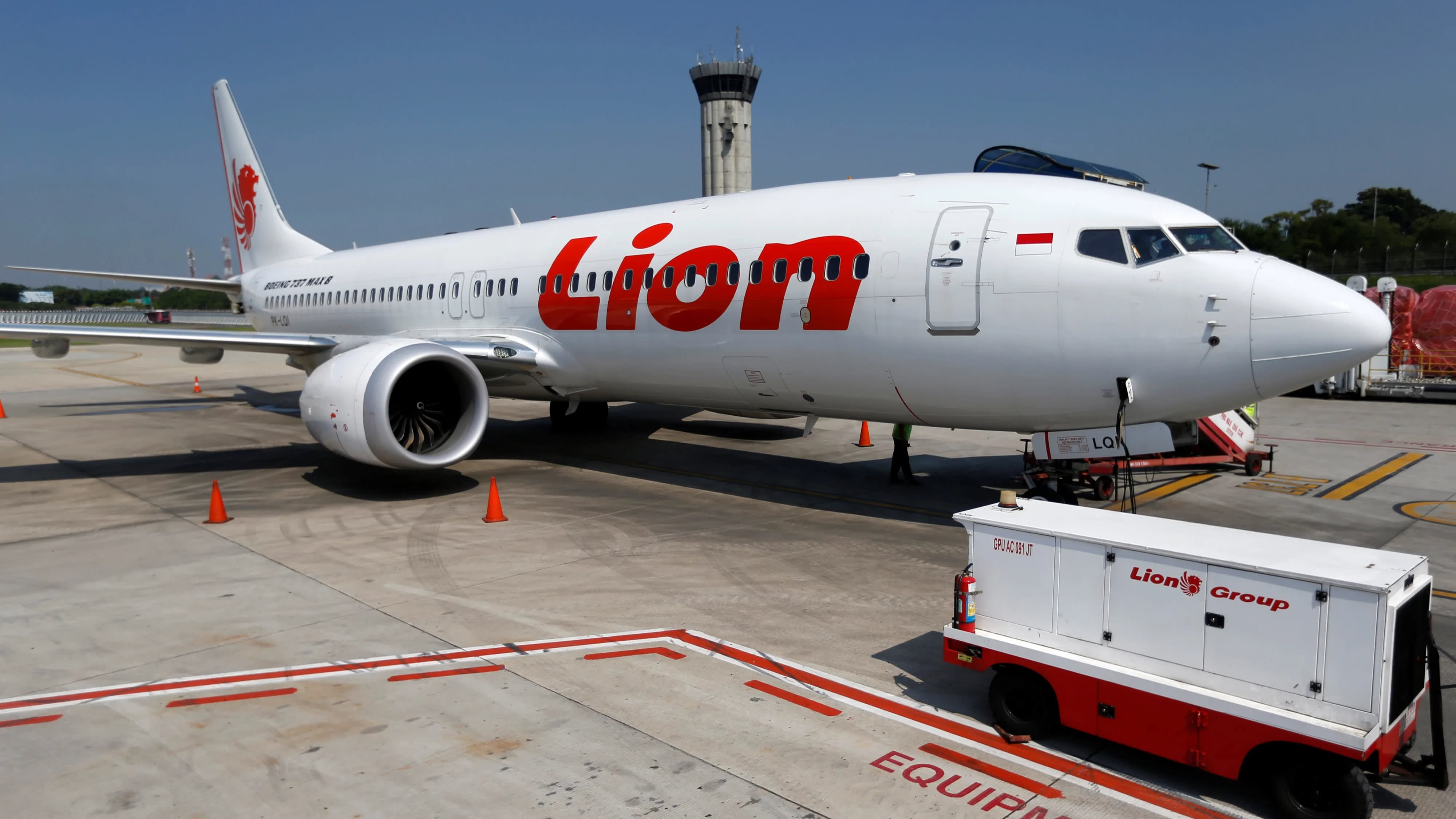 Lion Air is the first Asian airline to suspend all flights to and from mainland China on fears over the spread of coronavirus.   © Reuters
SHOTARO TANI, Nikkei staff writerJanuary 29, 2020 22:38 JST | Indonesia
CopyCopied

JAKARTA -- Lion Air, Indonesia's biggest budget airline group, will suspend all flights to mainland China from February as concerns grow over the spread of coronavirus.

The group, which also operates flights to China from Indonesia through full-service subsidiary Batik Air, had already suspended six routes to China, including Wuhan, the epicenter of the outbreak, from the popular tourist destination of Bali.

Lion is believed to be the first Southeast Asian airline to cancel all flights to China, and its decision could spur similar moves by other airlines.

Already, Myanmar Airways International, a public-private joint venture operating international flights from Myanmar, announced on Wednesday that it would suspend charter flights to 10 cities in China effective from Jan. 31 until further notice.

British Airways on Wednesday suspended all direct flights to and from mainland China after the U.K. government advised against all but essential travel to the country.

Danang Mandala Prihanto, spokesperson for Lion Air, said on Wednesday the suspension would last until the situation stabilized and that the company would follow local health authorities' advice. In a separate statement, the company said: "Lion Air Group has informed all guests of changes and cancellations of flights on the intended routes."

For now, Indonesia has not reported any cases of coronavirus. While Lion's move could keep the virus at bay, it is also likely to deal a blow to the growing tourism sector, especially in Bali, a popular destination for Chinese tourists.

The holiday island welcomed 1.1 million Chinese visitors, or 20% of all arrivals, in the 11 months ended in November. Chinese arrivals in the period were almost twice the full-year total in 2014. Rai Suryawijaya, Bali chapter chair of the Indonesia Hotel and Restaurant Association, said that hotels were already hit by cancellations as a result of China's ban on outbound tour groups.

"Our main concern is missing the target of two million Chinese tourists this year," he said. "[The cancellations are] very impactful because it should be the high season of Chinese tourists visiting in the middle of the Lunar [New Year] holiday."

Sriwijaya, the country's third-largest airline group, has also canceled its weekly direct flight connecting Wuhan and Denpasar. "Denpasar-Wuhan [flight] is only once a week... The impact is not significant even though it has high occupancy and is almost always crowded," spokesperson Adi Willi Hanhari Haloho said. The airline would continue operating flights to other parts of China, he added.

Garuda Indonesia, the country's flagship carrier, also has no plans to close its China routes, Irfan Setiaputra, its new CEO, said. The state-controlled company does not operate flights to Wuhan.

Elsewhere, Thai AirAsia has suspended its three daily flights to Wuhan -- two from Bangkok and one from Phuket -- until Feb. 29. Flights from Bangkok to China's mainland will continue, according to a senior official at the airline.

Additional reporting by Yuichi Nitta in Yangon, Apornrath Phoonphongphiphat in Bangkok and Ismi Damayanti in Jakarta.