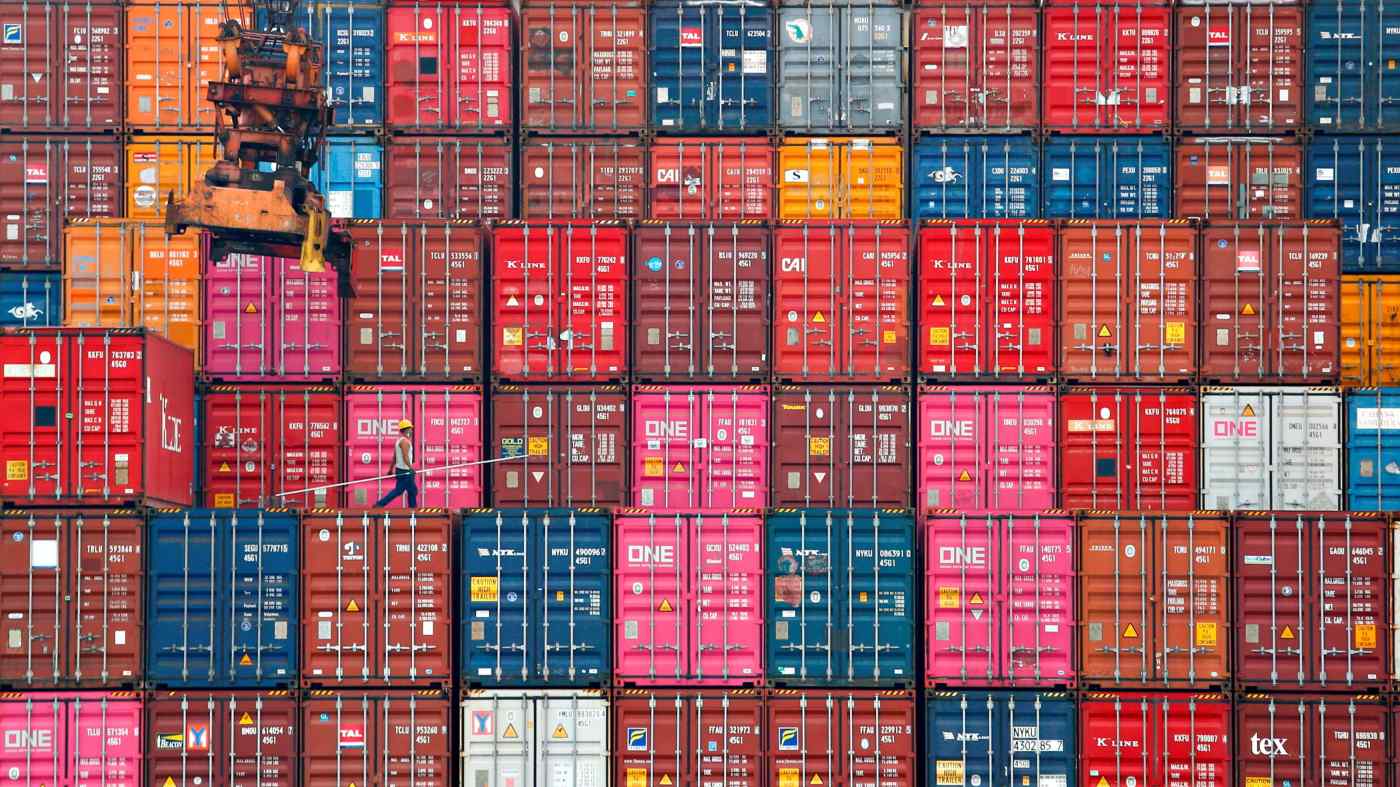 JAKARTA -- With the coronavirus-induced shortage of shipping containers wreaking havoc on cargo transport to and from Indonesia, companies operating in the country expect further disruptions to their supply chains during an upcoming holiday to mark the end of Ramadan.

Demand for furniture, electronics and other household items has surged during the pandemic as more people bunker down at home, fueling a global container shortage. Efforts to curb the spread of the virus at ports have lengthened loading and unloading times, exacerbating the logistical logjam.

Maritime shipping rates are double to triple the average from the past decade, a majority of Japanese logistics providers operating in Indonesia said in a survey by the Japan External Trade Organization. Rates for shipments from Asia to North America began rising around July, followed by those to Europe around November.

Companies face a hefty increase in shipping costs, if they can even secure the containers they need at all.

One Japanese trading house said both its imports and exports are affected. The company is negotiating with business partners to raise prices or delay its deliveries in response to the rising costs. Clients are more likely to accept a price hike for high-value-added products such as auto parts, the company said.

A manufacturer said it has been asked to pay more for shipping.

"We don't have a choice but to accept higher rates so our shipments get to their destination as planned," an executive with the manufacturer said. But some of its clients have struggled with the corresponding rise in prices, canceling orders or asking that they be pushed back.

If a shipment cannot be delayed, companies often have paid more to fly the items to their destination. But accepting a delay creates other types of issues, like the added costs of storing and managing the items for a longer time.

Japanese companies had expected the container shortage to ease after the Lunar New Year holidays, a major shopping season in China and other parts of Asia, in mid-February. But with no clear end in sight to the coronavirus pandemic, demand from consumers stuck at home is expected to remain high.

They are now preparing for the next big hurdle: Lebaran, the festival also known as Eid al-Fitr, which marks the end of Ramadan.

Lebaran, which falls this year in mid-May, is a major holiday in Indonesia, whose population is nearly 90% Muslim. Imports usually surge around the holiday, and the container shortage compounded with increased traffic at Indonesia's ports could pose a challenge for logistics providers.

Many companies are shoring up inventory ahead of Lebaran to prepare for anticipated shipment disruptions.

"We're expanding efforts to supply items from multiple countries, and to find new suppliers within Indonesia," said an executive at a Japanese manufacturer.