Indonesia to allow companies to purchase vaccines for employees 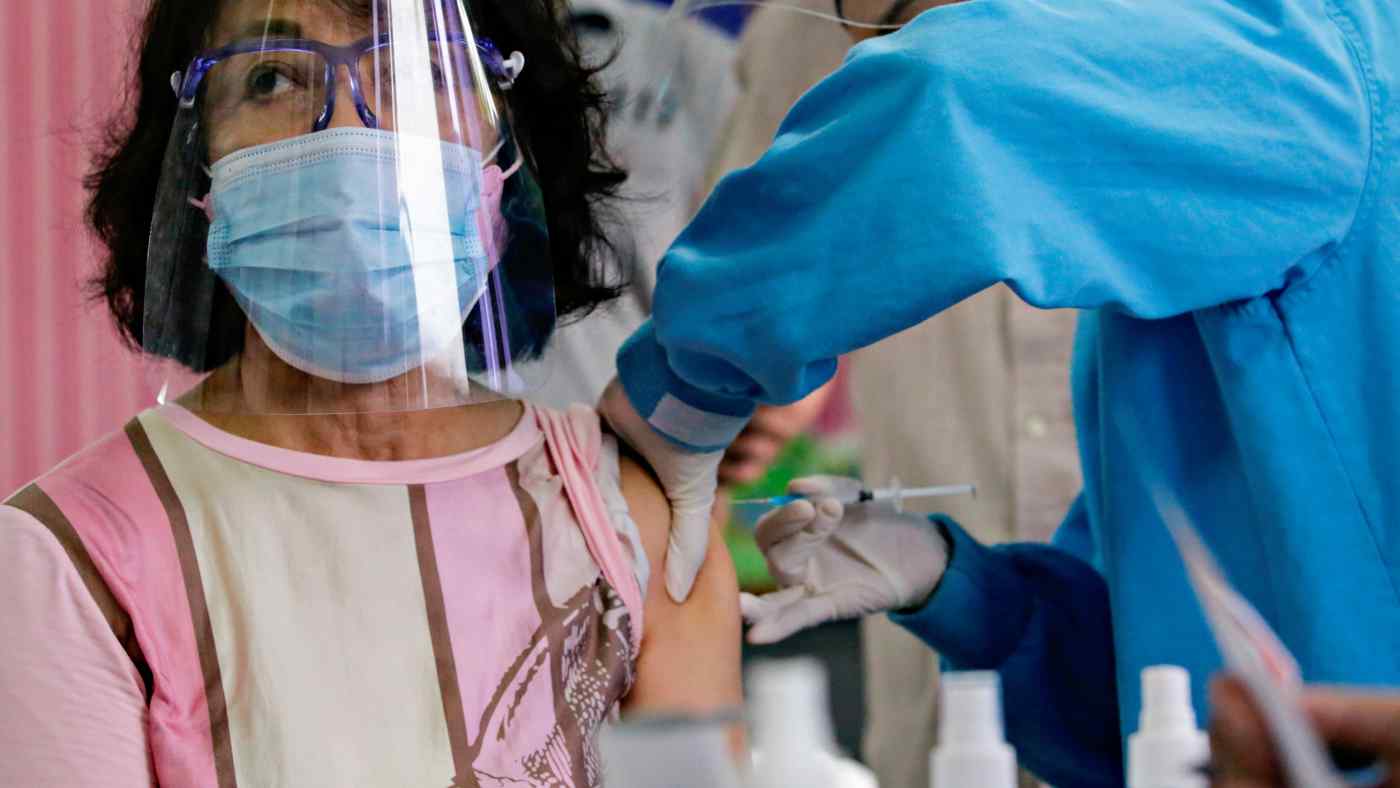 A woman receives her first dose of China's Sinovac Biotech vaccine during a mass vaccination program for the elderly people at a school in Jakarta on Friday.   © Reuters
SHOTARO TANI, Nikkei staff writerFebruary 26, 2021 20:45 JSTUpdated on February 26, 2021 21:03 JST | Indonesia
CopyCopied

JAKARTA -- Indonesia will allow companies to purchase vaccines to inoculate their workers, after approving a private COVID-19 inoculation program to run alongside its national scheme.

A recently issued health ministerial regulation stipulates companies can buy and inoculate its employees and their families at private-run hospitals. The directive came into force on Thursday and was made public on Friday.

The government hopes the program -- possibly the first of its kind in the world -- will enable the country to reach herd immunity faster and lead to a quicker reopening of the economy.

But the scheme could put Indonesia into a confrontation with organizations such as the World Health Organization that call for equal access to vaccines globally amid a shortage in supply.

"The access of vaccination to workers at certain companies who can afford [them] will be unfair to vulnerable groups," said Dicky Budiman, global health security researcher at Griffith University in Australia. "This will potentially be counterproductive with the goal of accelerating the vaccination, instead giving priority to those who were fortunate to be employed or have money."

The country's public program, which started in January, uses vaccines made by China's Sinovac, with 28 million doses already received. About 1.4 million people, health care workers, have received at least one shot. Including the Sinovac vaccines, Jakarta has placed orders for 329 million shots in total to Novavax, AstraZeneca, Pfizer and COVAX, an international COVID-19 vaccine-sharing program.

That means Indonesia will need to secure additional jabs from other manufacturers such as China's Sinopharm, Moderna and Johnson & Johnson. Currently, the Sinovac shots are the only vaccines approved for emergency use by Indonesia's food and drugs agency.

COVID-19 has hit Indonesia harder than any other country in Southeast Asia, with cumulative cases reaching 1.3 million and 35,786 deaths as of Friday. The archipelago is looking to inoculate 181 million people in around a year to achieve herd immunity -- 70% of the total population. The health minister said this accounts for all those above the age of 18 without serious comorbidity, pregnant women and COVID-19 survivors.

State-owned pharmaceutical company Bio Farma, which is currently the distributor for the Sinovac vaccines, will also act as the distributor for the private program. While the employees receiving the vaccination under the private program will not need to pay for the shots themselves, the companies will need to purchase them from the state-owned company, with a price cap to be put in place.

The regulation also states that the government will compensate people who suffer from disability or death from COVID-19 vaccinations under the program.