Indonesia to tap China, US to cover for AstraZeneca vaccine delay 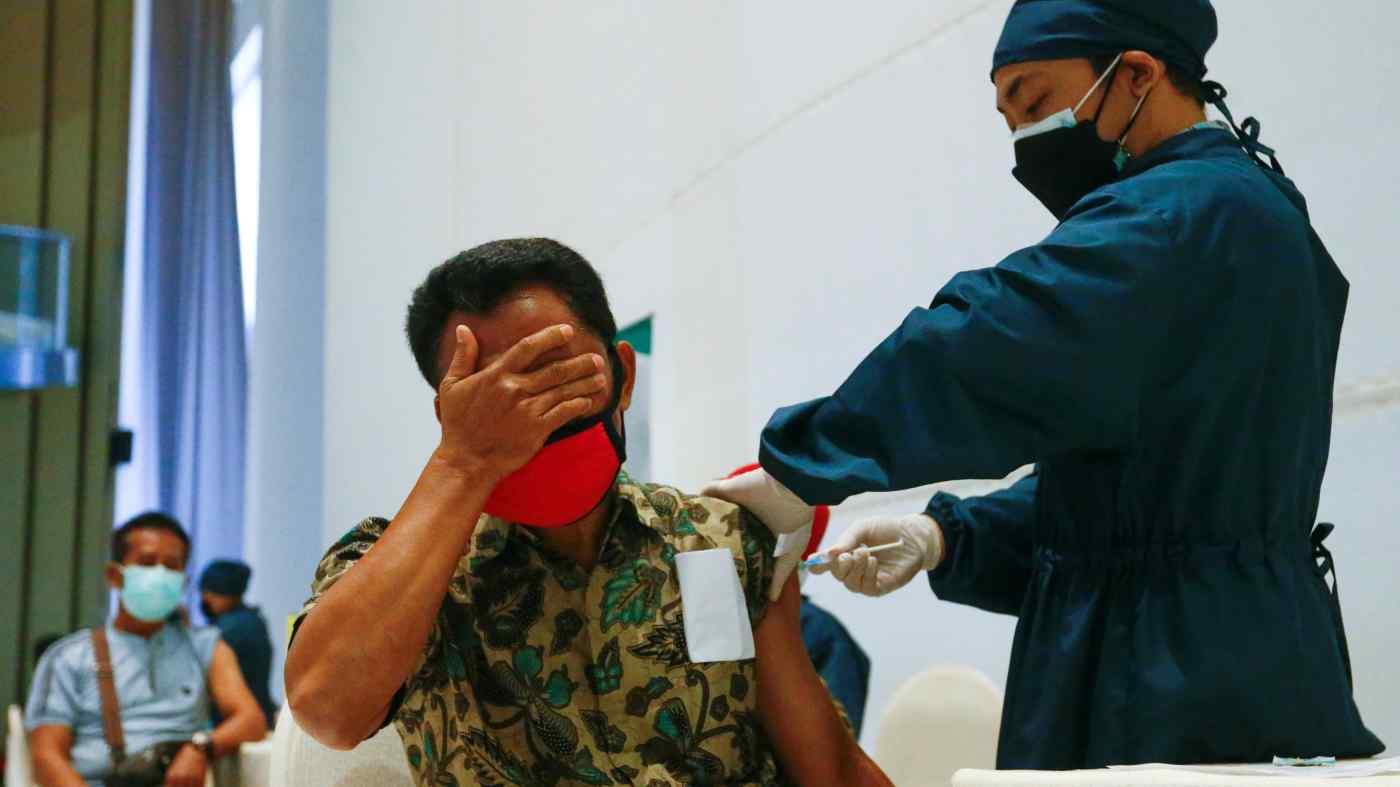 JAKARTA -- Indonesia will ask China and the U.S. to provide COVID-19 vaccines, its health minister said, as the country faces a delay in receiving AstraZeneca doses.

The Indonesian government has "opened discussions with the Chinese government to ask for an additional 90 to 100 million doses of Sinovac [vaccines]," Budi Gunadi Sadikin, the country's health minister, said at a parliamentary hearing on Thursday.

The minister added that the government is also looking to tap the U.S. for additional vaccines once Washington has "finished vaccinating" its citizens.

"The plan is that we will try to lobby government to government... [so that] Indonesia can enter the first list compared to other countries [in receiving the vaccines]," the health minister said. "But this discussion is still very early and is more from our anticipation [of looking at] other possibilities" in vaccine procurement.

Exploring a deal with Washington suggests Jakarta is wary of becoming overly dependent on Chinese vaccines, a reliance that could deepen further should Beijing agree to send an additional 100 million doses.

Sadikin's comments come as Indonesia faces disruptions in the delivery of AstraZeneca vaccines, as India is delaying shipments. Indonesia is now slated to receive 20 million doses from the Anglo-Swedish firm in 2021 via a bilateral deal instead of the previously agreed 50 million, with the remaining 30 million coming next year.

The delivery of an additional 50 million doses made by the company under the COVAX scheme is also expected to be delayed.

"The schedule for the 100 million [AstraZeneca] doses is not clear," Sadikin said. "We are disappointed with this decision because it could delay the vaccination schedule. This is not something we can accept, and we are in constant communication with AstraZeneca."

Indonesia has the highest cumulative COVID-19 cases in Southeast Asia, with confirmed infections exceeding 1.5 million, and total deaths reaching 41,815 as of Wednesday. The country has an ambitious target of immunizing 181.5 million people in a year. The country has already given at least one shot to 8.8 million people, of which nearly half have received second shots.

State-owned pharmaceutical Indofarma will team up with a local pharmaceutical for the distribution. "They are currently waiting for additional data on efficacy, safety and quality," Lukito said, "with an estimated emergency use approval by the end of this month."