Israel COVID uptick shows vaccines help but are no panacea 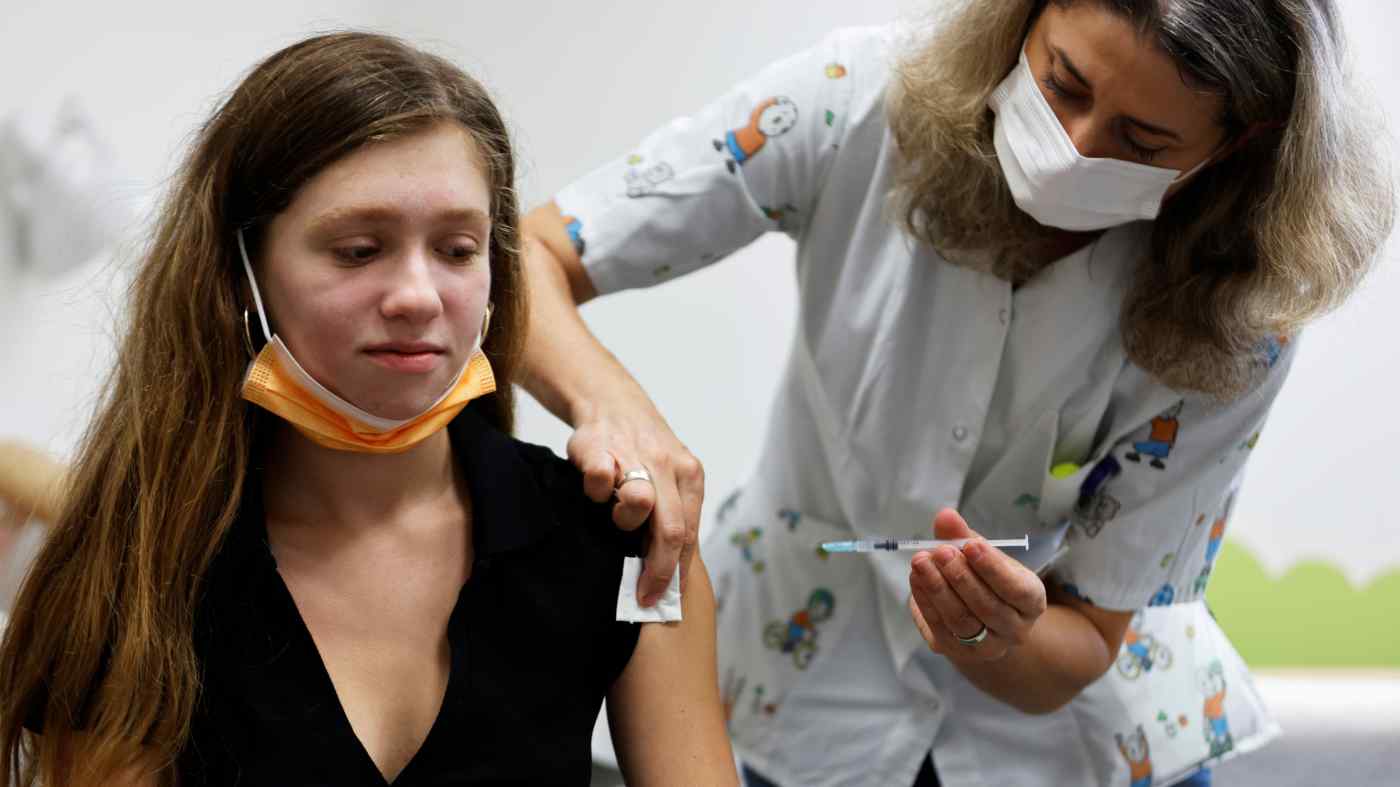 TOKYO -- Israel, the country that has fully vaccinated the largest share of its population against COVID-19, is back on alert as infections rise and experts increasingly suspect the virus may stick around like the flu.

The small Middle Eastern state has verified over 100 new cases for four straight days this week -- a modest rise compared with many countries, but the highest numbers since April. The increase is largely being blamed on the more infectious delta variant spreading in schools, spurring a push to vaccinate adolescents ages 12 to 15.

For countries in Asia that are making progress with their own inoculations, such as Singapore, Israel's experience in the coming weeks could prove instructive.

"Israel is the front-line laboratory of what life is going to look like in a country that has 90% of people over 50 vaccinated," said Eyal Leshem, director of the Center for Travel Medicine and Tropical Diseases at Israel's Sheba Medical Center.

About 60% of the entire population of over 9 million has received the full two-shot regimen, according to the statistics website Our World in Data. This rapid immunization campaign helped lower daily infections from as high as 10,000 in January to single digits at times. Officials lifted virtually all domestic restrictions, and the government aimed to reopen to vaccinated individual tourists in July as new Prime Minister Naftali Bennett settles in.

Now the tourism plan has been postponed to August and a mandate to wear masks indoors will return, local media said. Even vaccinated or formerly infected people are expected to self-isolate for up to 14 days if they are found to have had close contact with a carrier of a "dangerous variant," Reuters reported.

Nachman Ash, the Israeli coronavirus czar, said on Wednesday that it was too early to "say with certainty if this is something local or the start of a broader outbreak," according to the Times of Israel. 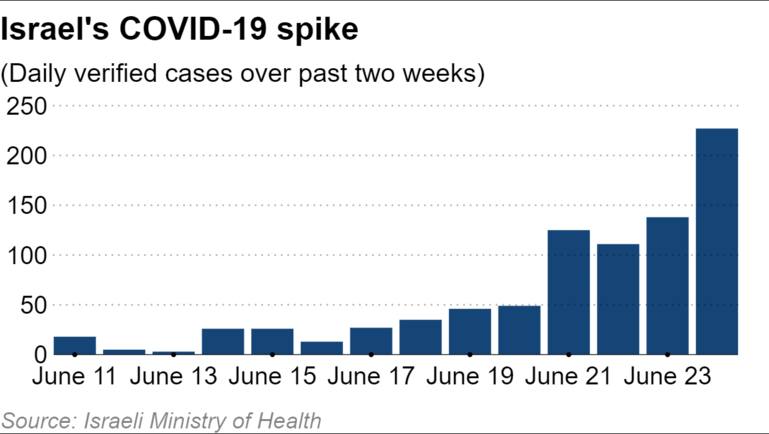 Much remains unknown, and "Israel is really the test case," the doctor said. But he suggested that we may be seeing an indication of life with a virus that never truly goes away.

"As long as you allow international travel, and the disease is going to be circulating globally in the coming years, you will have disease introduced into unvaccinated populations in all countries," Leshem warned. "The big question is, what's going to be the public health impact?"

If the virus is mostly confined to the young and healthy -- as in Israel's current outbreak so far -- he argued the impact is likely to be fairly "minimal." He conceded that some older people would still become seriously ill, but the reality is that this happens "every winter with the flu."

The flu narrative is gaining traction, including in Singapore, which draws frequent comparisons to Israel due to its similar size, ample financial resources and swift vaccination program.

The city-state had fully vaccinated about 35% of its population as of earlier this week, according to Our World in Data. On June 11, it too opened up vaccination bookings for people as young as 12, up through age 39. On Thursday, Singaporean officials said they are ready to accelerate daily shots by 70% to 80,000. Singapore's coronavirus task force ministers -- Gan Kim Yong, Lawrence Wong and Ong Ye Kung -- published an opinion piece in the local Straits Times on Thursday titled "Living normally, with COVID-19." They tempered expectations for eradicating the coronavirus, likening it to influenza and stressing that with vaccinations and other measures "we can turn the pandemic into something much less threatening ... and get on with our lives."

The ministers also pointed to Israel as an example of managing the virus like the flu: "With a high rate of vaccination, Israel has brought the clinical outcomes of COVID-19 close to that of seasonal influenza in the U.S. These are very promising outcomes."

Throughout the pandemic, experts had made various estimates of the necessary vaccination rate to achieve "herd immunity" to COVID-19 -- usually upward of 60%. But hopes for that appear to be fading. An article in the journal Nature earlier this year stated that "the once-popular idea that enough people will eventually gain immunity to SARS-CoV-2 to block most transmission -- a 'herd-immunity threshold' -- is starting to look unlikely."

The report cited a combination of vaccine hesitancy, uncertainty over the shots' ability to stop transmission, variant risks and other factors.

Widely vaccinated countries may indeed be able to live with another flu-like disease. But an urgent concern is whether the delta or other variants could smash through the vaccines and plunge economies back into the worst of the pandemic.

On this point, Leshem sounded hopeful, citing recent research in the U.K. that has shown the Pfizer and AstraZeneca vaccines are 90% effective at preventing hospitalizations due to the delta strain. "This is really reassuring," Leshem said. "It tells us that the vaccine protects against severe disease caused by this variant." A Tel Aviv hospital holds a concert to celebrate the lifting of coronavirus restrictions and thank staffers on June 1.   © Reuters

For Israel and other nations that reach high levels of vaccination but still see scattered infections, the trickiest part may be calibrating precautions appropriately.

Since such places face the biggest risk of severe cases "even in the vaccinated," he said this could be a "game-changer" that forces the authorities to return to tight rules.

"It's a balance between cautious policy that doesn't allow a massive increase in the number of cases, [but] that does allow for normal living and economy and education to continue," Leshem said.