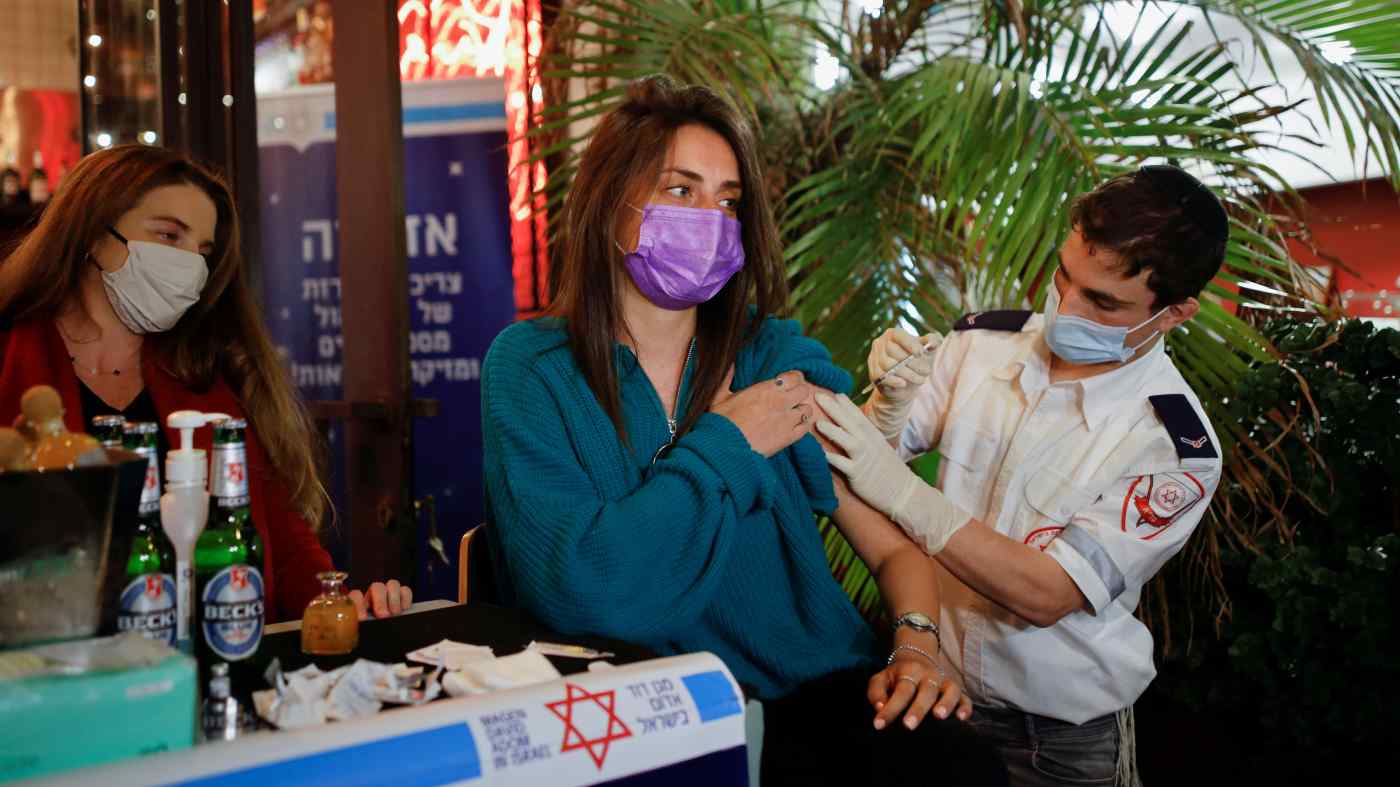 A woman is vaccinated against COVID on Feb. 18 as part of a Tel Aviv initiative offering a free drink at a bar to residents getting the shot.   © Reuters
February 21, 2021 15:51 JST | Middle East
CopyCopied

JERUSALEM (Reuters) -- Israel reopened swathes of its economy on Sunday in what it called the start of a return to routine enabled by a COVID-19 vaccination drive that has reached almost half the population.

While shops were open to all, access to leisure sites like gyms and theaters was limited to vaccines or those who have recovered from the disease with presumed immunity, a so-called "Green Pass" status displayed on a special Health Ministry app.

Social distancing measures were still in force. Dancing was barred at banquet halls, and synagogues, mosques or churches were required to halve their normal number of worshippers.

Coming exactly a year after Israel's first documented coronavirus case, Sunday's easing of curbs is part of a government plan to open the economy more widely next month, when Prime Minister Benjamin Netanyahu is up for reelection.

Israel has administered at least one dose of the Pfizer vaccine to more than 45% of its 9 million population, the Health Ministry says. The two-shot regimen has reduced COVID-19 infections by 95.8%, ministry data showed.

The country has logged more than 740,000 cases and 5,500 deaths from the illness, prompting criticism of the Netanyahu government's sometimes patchy enforcement of three national lockdowns. It has pledged that there will not be a fourth.

Elementary schoolers and pupils in the last two years of high school attended classes on Sunday in Israeli towns found to have contagion rates under control. Middle schoolers are due back by next month, after almost a year of remote learning.