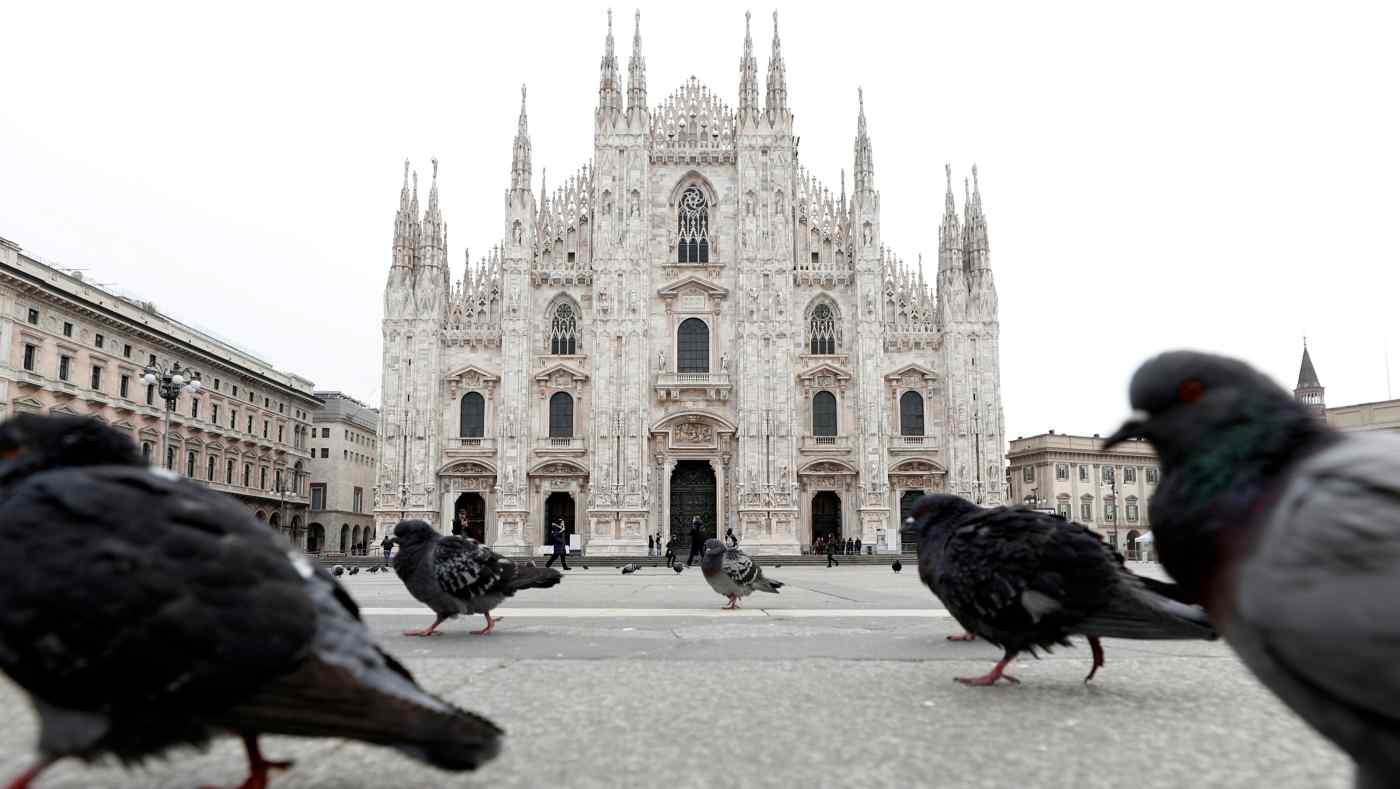 ROME (Reuters) -- Italy imposed a virtual lockdown across a swathe of its wealthy north on Sunday, including the financial capital Milan, in a drastic new attempt to try to contain a rapidly growing outbreak of coronavirus.

The unprecedented restrictions, which will impact some 16 million people and stay in force until April 3, were signed into law overnight by Prime Minister Giuseppe Conte.

The new measures say people should not enter or leave Lombardy, Italy's richest region, as well as 14 provinces in four other regions, including the cities of Venice, Modena, Parma, Piacenza, Reggio Emilia and Rimini.

"There will be no movement in or out of these areas, or within them, unless for proven, work-related reasons, emergencies or health reasons," Conte told a news conference in the middle of the night after hours of confusion over his plans.

"We have to limit the spread of the virus and prevent our hospitals from being overwhelmed," he added.

However, it was not immediately clear how fiercely the order would be policed and at first light on Sunday, flights appeared to be operating normally out of Milan's two airports and Venice airport, while rail operators were still selling train tickets.

According to the decree, all museums, gyms, cultural centres, ski resorts and swimming pools will be shut in the targeted zones, while leave was cancelled for health workers as Italy's hospitals sag under the pressure of the virus.

The government enacted the draft just hours after officials had announced that the number of coronavirus cases had leapt by more than 1,200 in a 24-hour period - the biggest daily rise since the epidemic began in the country two weeks ago.

Deaths due to the infectious virus had also risen, by 36 to 233, while the number of patients in intensive care climbed to 567, up 23% from the day before. Of the 5,883 Italians originally infected, 589 have fully recovered.

The northern regions of Lombardy, Emilia-Romagna and Veneto represent 85% of all cases and 92% of recorded deaths.

Conte said the original quarantine zones that affected 11 towns that were at the epicentre of the outbreak, would now be lifted. However, he urged anyone who had a fever not leave their homes - even if they did not know if they had coronavirus.

Some local Italian politicians had pushed back against the measures, which were leaked to the press on Saturday afternoon before being agreed with regional governors.

The head of Lombardy Attilio Fontano said the proposals "go in the right direction", but added they were a "mess".

The head of the neighbouring Veneto region, Luca Zaia, said: "We have seen these measures at the last minute. We did not help to draw them up, and now we are being asked to give our assent almost at once. It is literally impossible."