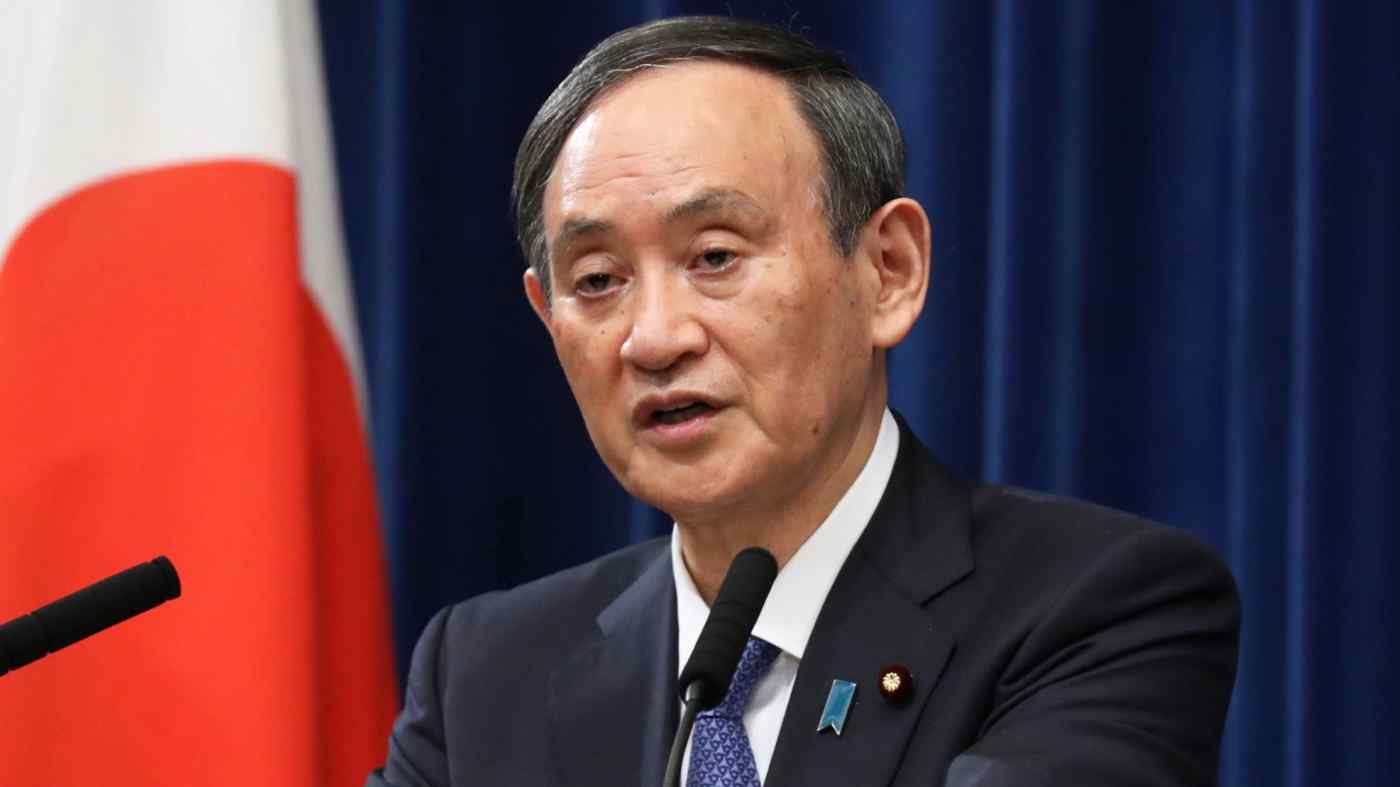 TOKYO -- Japanese Prime Minister Yoshihide Suga declared a coronavirus state of emergency on Thursday, asking Tokyo-area bars and restaurants to close early and residents to stay home at night as he vowed to rein in rising cases in a month.

The move came as the number of new cases in Tokyo jumped to a record 2,447 the same day. It was only a week ago that the daily total surpassed 1,000 for the first time. The accelerating pace has unnerved the country and made virus containment a top political priority.

"I promise to turn the situation around within a month," Suga told reporters after formalizing the declaration.

The emergency -- which covers Tokyo and the surrounding prefectures of Kanagawa, Saitama and Chiba -- takes effect at midnight and will run through Feb. 7. People are requested to avoid nonessential outings after 8 p.m., after which restaurants, bars and shops are asked to shut.

In the news conference, Suga laid out a timeline for stopping the virus. Targeted emergency measures, which also include a renewed request for telecommuting, are the first step. The second is a legal amendment that would allow the authorities to punish rule violators, rather than relying on voluntary compliance. The third is the launch of a vaccination campaign in February.

"The work to review the trial data for the vaccines will be brought forward so the vaccinations will be started by late February," Suga said. Japan has secured enough vaccine doses for its population from Pfizer, AstraZeneca and Moderna.

For now, though, Japan is headed into its second "soft lockdown" since April. And this is a critical test for Suga, who has suffered a plunge in public support due to the failure to keep the virus under control. Nationwide cases exceeded 7,000 for the first time on Thursday.

The new wave of infections began in early November as the government shifted its focus to economic recovery from virus containment, offering Go To Travel subsidies for domestic trips and restaurant dining. Over the past two months, the number of daily cases jumped fivefold based on a seven-day average, straining capacity at Tokyo hospitals.

Meanwhile, the fresh restrictions on economic activity are likely to hurt the country's recovery. Experts predict another period of negative growth for the January-March quarter.

Accentuating the positive, Suga said: "Unemployment in Japan currently stands at 2.9%, the lowest level among the major economies. It is the responsibility of my government to protect employment. I will continue to focus my efforts on protecting jobs and keeping businesses active."

Suga earlier described the new emergency declaration as "limited and concentrated restrictions." Subsidies will be given to businesses abiding by the restrictions, while the names of operators who refuse to cooperate will be made public. Schools will remain open.

"We will take measures that are most effective at preventing the virus spread rather than shutting down economic activity across the board," Yasutoshi Nishimura, minister in charge of Japan's virus response, said earlier on Thursday. "We are determined to bend the curve during the emergency declaration period."

Japan is beginning to hunker down again as other countries also intensify restrictions to deal with fresh outbreaks. The U.K. is imposing a third lockdown, lasting through mid-February, while Germany extended through January a lockdown introduced in November.

The Tokyo-area state of emergency could be expanded nationwide or continued beyond Feb. 7, which would extend the economic pain. It also could complicate Japan's hosting of the Summer Olympics scheduled for July.

"The latest outbreak sweeping around the world is much larger in scale than I ever anticipated," Suga admitted. But he said he is "determined to take every possible measure so that the Olympics can be held in a safe and peaceful environment."