Tokyo's daily cases hit another high of 463 on Friday 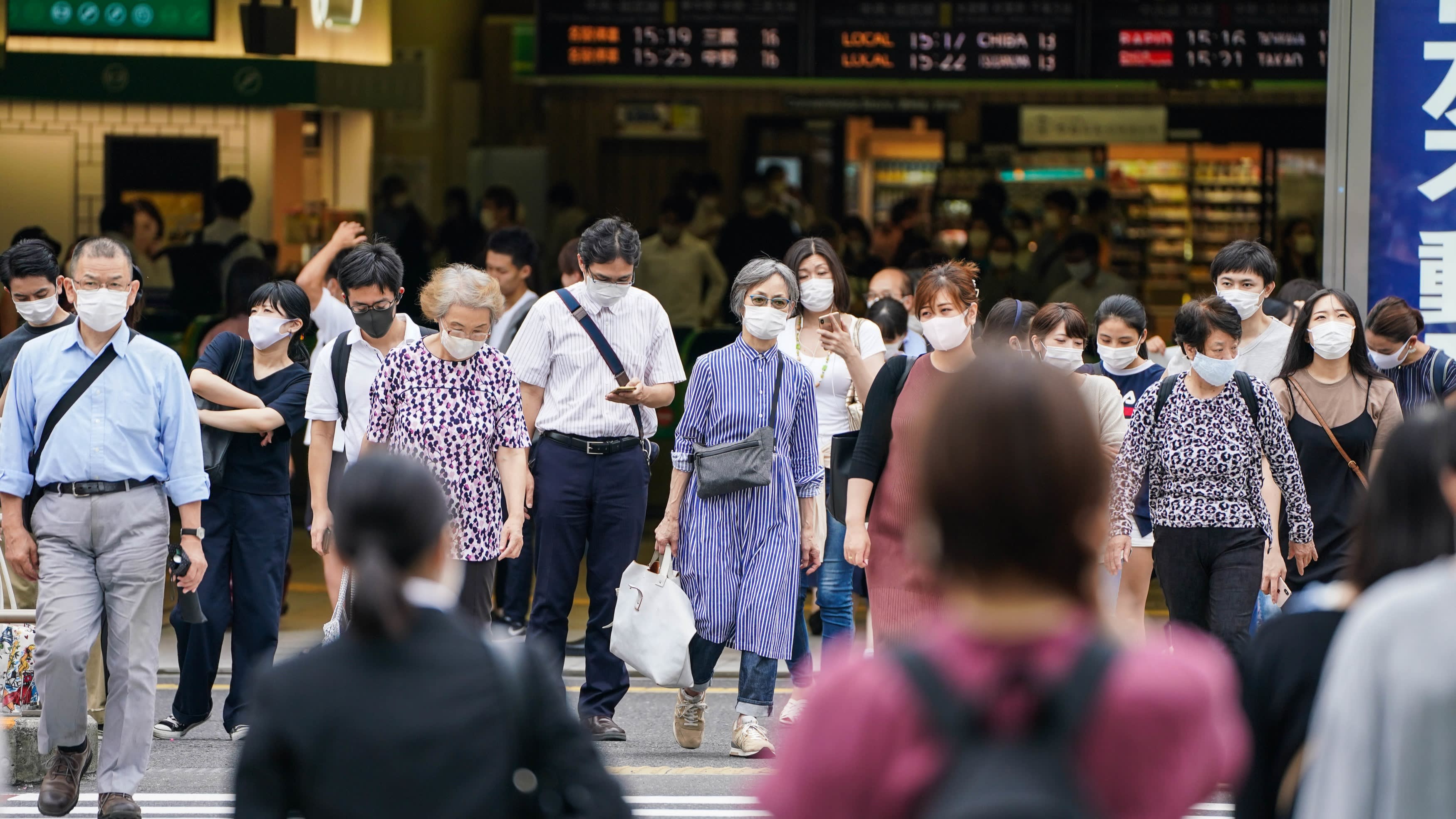 TOKYO -- Tokyo's daily confirmed COVID-19 cases hit a record high for the second day in a row on Friday, with 463 new infections, as the numbers also surged in the rest of the country as well as in Vietnam and Hong Kong.

Tokyo's daily confirmed cases jumped from 367 on Thursday, which itself marked a record high. Nationwide, 1572 new cases of COVID-19 were reported as of 10 p.m., a fresh daily record for Japan.

"We will have to consider a state of emergency for Tokyo alone if the situation continues to worsen," Gov. Yuriko Koike told reporters on Friday.

Tokyo this week announced the shortening of business hours for restaurants and karaoke parlors. The municipal government has raised the alarm as infection sources expanded beyond nightspots and young age groups. Meanwhile, the number of patients with severe symptoms decreased on Friday to 16, from the previous day's 22.

The infection numbers are rising nationally, after Japan's total daily cases exceeded 1,000 for the first time this week. Fears are rising in the country about a new wave of the virus, as they are in the rest of Asia, including places like Vietnam and Hong Kong, that had previously been considered relatively safe.

In Japan, Osaka Prefecture confirmed 216 new cases on Friday, marking the second highest record after Wednesday's 221. Okinawa Prefecture, where infections spread from the U.S. military base on the island, announced that it would ask some businesses to temporarily close in August. 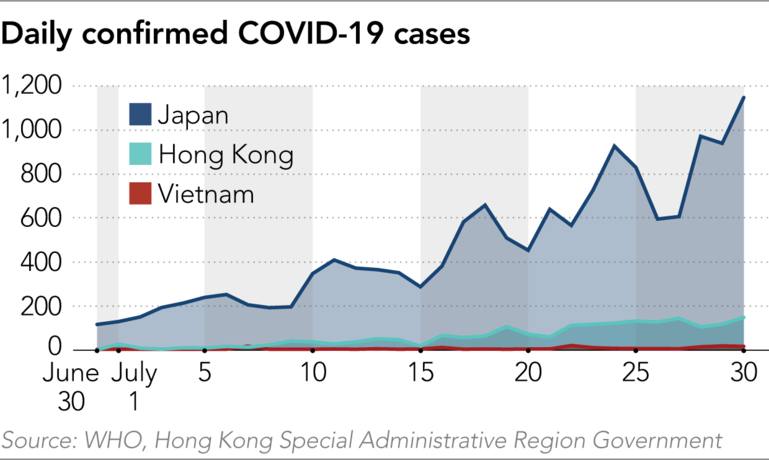 "We are nervously watching the current infection trends," said Prime Minister Shinzo Abe on Friday. He told reporters that testing would be important to identify patients and ensure early treatment. He added that the government would work on the development and procurement of medicines and vaccines. "We will work with the local governments to take necessary measures," he said.

Some experts suggested that the nature of infections may be different this time from previous waves. Tatsuhiko Kodama, emeritus professor at Tokyo University, told a House of Councilors committee earlier this month that the DNA genomes of the strains of the virus that are spreading in Japan show that they originated in Tokyo, rather than in Wuhan, China, or Italy, which were earlier hotspots for the disease.

"[Foreign strains of the virus] spread under conditions that are not ideal to them," he said. But Tokyo or Saitama strains would "autonomously spread," potentially making Japan "the next Milan or New York," he warned.

In other locations that had appeared relatively safe, the situation is changing quickly. In Vietnam, the head of the country's infectious disease agency told media that the new strain of the coronavirus found in Danang, a tourism hub in central Vietnam, is more contagious than older strains.

The country reported 82 new infections including 26 imported cases on Friday, marking its biggest daily increase. The total number has increased to 546 cases as of July 31 evening. Vietnam also reported its first death from the novel coronavirus. More deaths are inevitable as the disease has spread in hospitals and many COVID-19 patients have other health problems.

The Ho Chi Minh city authorities have requested the public to wear masks and have ordered the temporary closure of "non-essential service businesses" such as bars and discos.

Hong Kong confirmed 121 new cases on Friday, marking the tenth consecutive triple-digit daily increase, according to news agency Xinhua. The city also announced on the same day that it would postpone its legislative election.

"Members of the public are strongly urged to avoid all non-essential travel outside Hong Kong," a spokesperson for Hong Kong's Centre for Health Protection said in a statement this week.